byDevin
HAMILTON, ON – MARCH 15: Deadmau5 performs at the 2015 JUNO Awards at FirstOntario Centre on March 15, 2015 in Hamilton, Canada. (Photo by Sonia Recchia/Getty Images)

EDC Mexico 2018 will bring international dance music tastemakers to the country for the first time, including artists like Eric Prydz, Jauz, and Flosstradamus. Prydz will perform twice over the weekend, presenting a special set under his alias; Cirez D. Fans can look forward to the long-awaited return of world-renowned DJ and producer,deadMau5, seven years after his last EDC performance. Tiësto will also make a highly anticipated appearance at EDC Mexico after treating guests to a memorable set in 2015.

Tickets for the monumental festival are available, here. 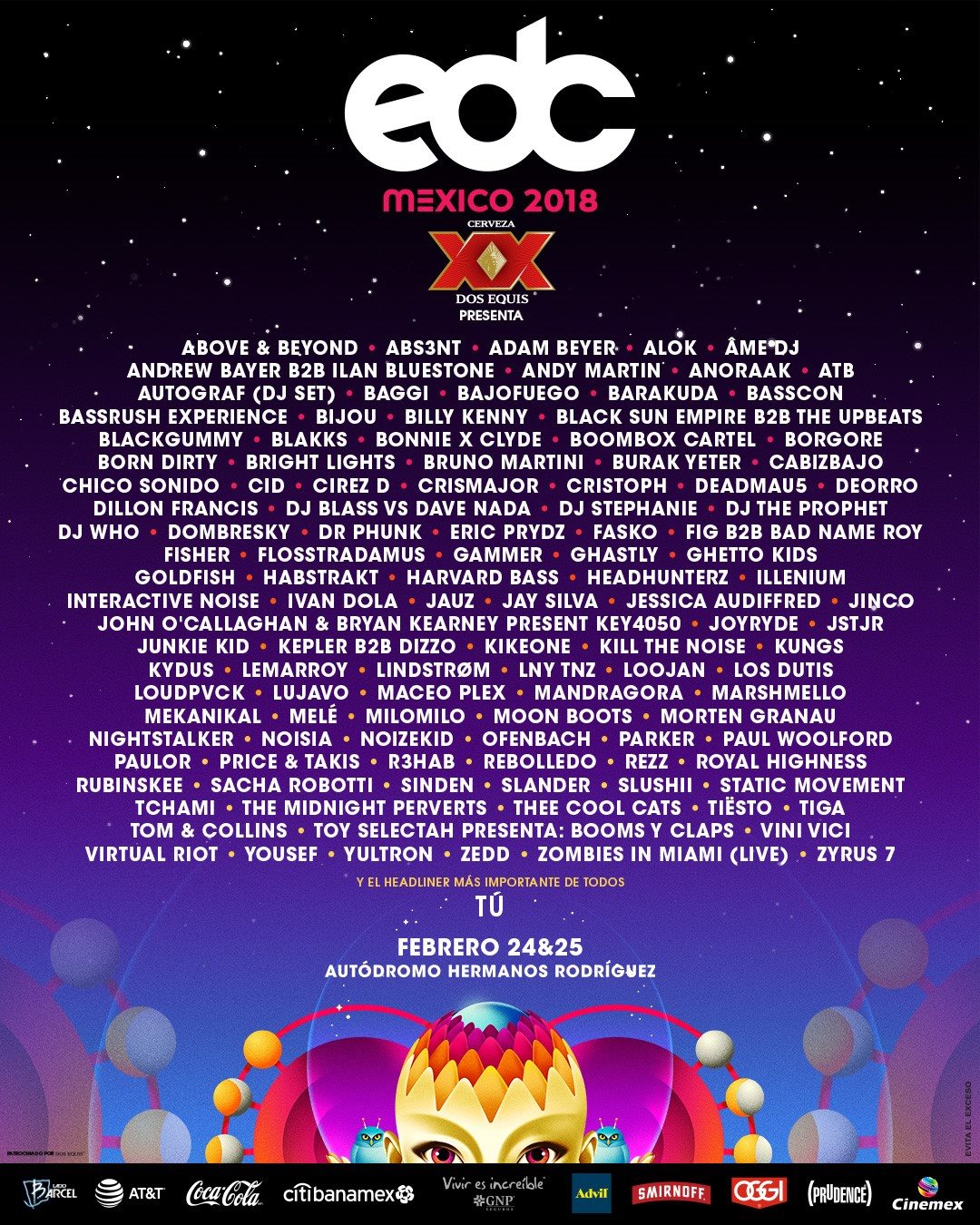