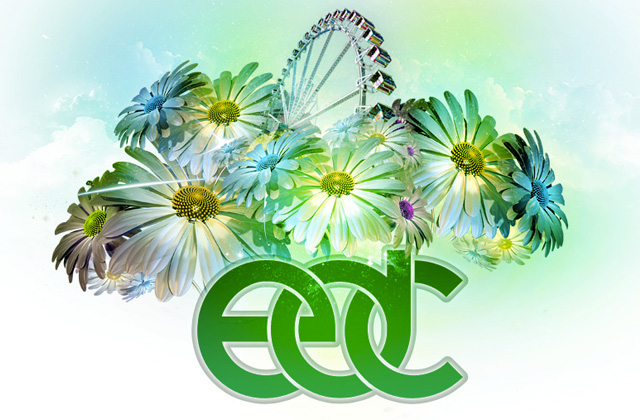 Now that the excitement has settled and a few weeks have passed, we wanted to take some time and revisit EDC Orlando, Insomniac’s last EDC of the year. It was a busy year for Insomniac with EDC Chicago, Puerto Rico, New York, London and Vegas. Orlando was the end of the EDC journey but officially marking the beginning of the next journey: On the road to Vegas 2014.

Mere words couldn’t come close to the experience of attending  Electric Daisy Carnival. Amidst the less-than-beautiful streets of downtown Orlando, the masters of the EDM community were to thank for the positive vibes that were almost palpable. The individual becomes aware of the pure human spirit; thousands become one through the music of some of the most talented DJ’s and producers; Pioneers of the electric dance music movement that is expeditiously growing, so that events like EDC exist and flourish. Tinker field became a gigantic dance floor, covered in dirt and grass. The love for the audio-visual magic was abundant. Music coming from the hands of the amazing artists we all share a passion for creates an energy and sense of love that one will rarely find elsewhere. Whether that love was outspoken or silenced we all knew it was there and fully present. To be right in the front of the crowd during my favorite DJs performance was and always will be one of the best feelings to experience.

The Electric Daisy Carnival line-up is varied in a way in which every fan was pleased, and it most definitely showed. Smiles greeted me in every direction at any time; kandi was shared and created while dancing to artists incomparable to the norm, and the feeling of awe at the lights, ALL the lights. Surprisingly, my feet weren’t about to fall off and the feeling of dread for the obnoxiously long walk back to our car (common to most festivals) simply wasn’t there! The stages were literally minutes apart, yet the sounds of each set didn’t conflict. Although, we found a spot by a blissful lake and where one could hear all three sets simultaneously. I personally recommend finding this spot ☺

My preference of hardstyle tops it all, pure and simple, but the environment of EDC welcomes all types of what I like to call ‘EDM heads’. This culture, which was a substantial part in the lives of majority there brought us all together and unified us all. I’ve met some of my best friends at festivals, single day events and even the late night warehouse parties in my hometown. EDC exemplified this even further for me. Not one performance was lacking.

For example, at the stage of 12th Planet, I was taken to dream-like, psychedelic super Mario world level. Not previously including in my repertoire of artists, he soon was. He cleared through multiple sub-genres of EDM, like it was nobody’s business. To say the least, it isn’t an easy thing to spin drum and bass with heavy, metallic dubstep; he was nonetheless empathetic with the electro gods. When I just thought I couldn’t hear a more impressive set, Mimosa’s funky grooves resonated in my eardrums. The hip-hop/dubstep DJ kept the tempo low, and the bass high, while keeping his crescendos intact and his build-ups intense. If there was a roof, it would have most definitely been on fire.

With much debate, the most momentous and awe-inspiring moment for me was the respect and consideration given to us, the “headliners”, at this festival. Free water stations powered by Event Water Solutions were abundant and easy. Just another nod of Insomniac’s attention the fan experience. This gave the festival an atmosphere unlike any other I’ve attended. Food and merchandise vendors were plentiful and well stocked and had a wide variety of different food and merchandise for sale. Last but not least was the Insomniac’s own Ground Control group; with their vigilant eyes constantly making sure everyone was  having a good, but safe time. These are just a few of the things that make EDC one of the premiere festivals to attend. If you didn’t get a chance to make it, ensure that it goes to the top of your to-do list!

By Kyle Littleton, for EDM Maniac