Today, EDM Maniac is extremely thrilled to announce that we are continuing our partnership with Insomniac TV and are announcing a very special 4-week residency with Lady Faith and Basscon that will be streamed exclusively on Insomniac TV’s Twitch and YouTube channels! This epic live stream event will premiere on Thursday March 25 and will run every Thursday night from 10pm-12am PT for 4 consecutive weeks.

Lady Faith’s 4-week residency is powered by both EDM Maniac and Basscon and will be composed of four unique Hardstyle/Hard dance episodes. All livestream performances will use state-of-the-art audiovisual production that will only be available via Insomniac TV. If you did not get a chance to watch our previous live streams on Insomniac TV, we suggest you check them out in order to prepare yourselves for our upcoming show. 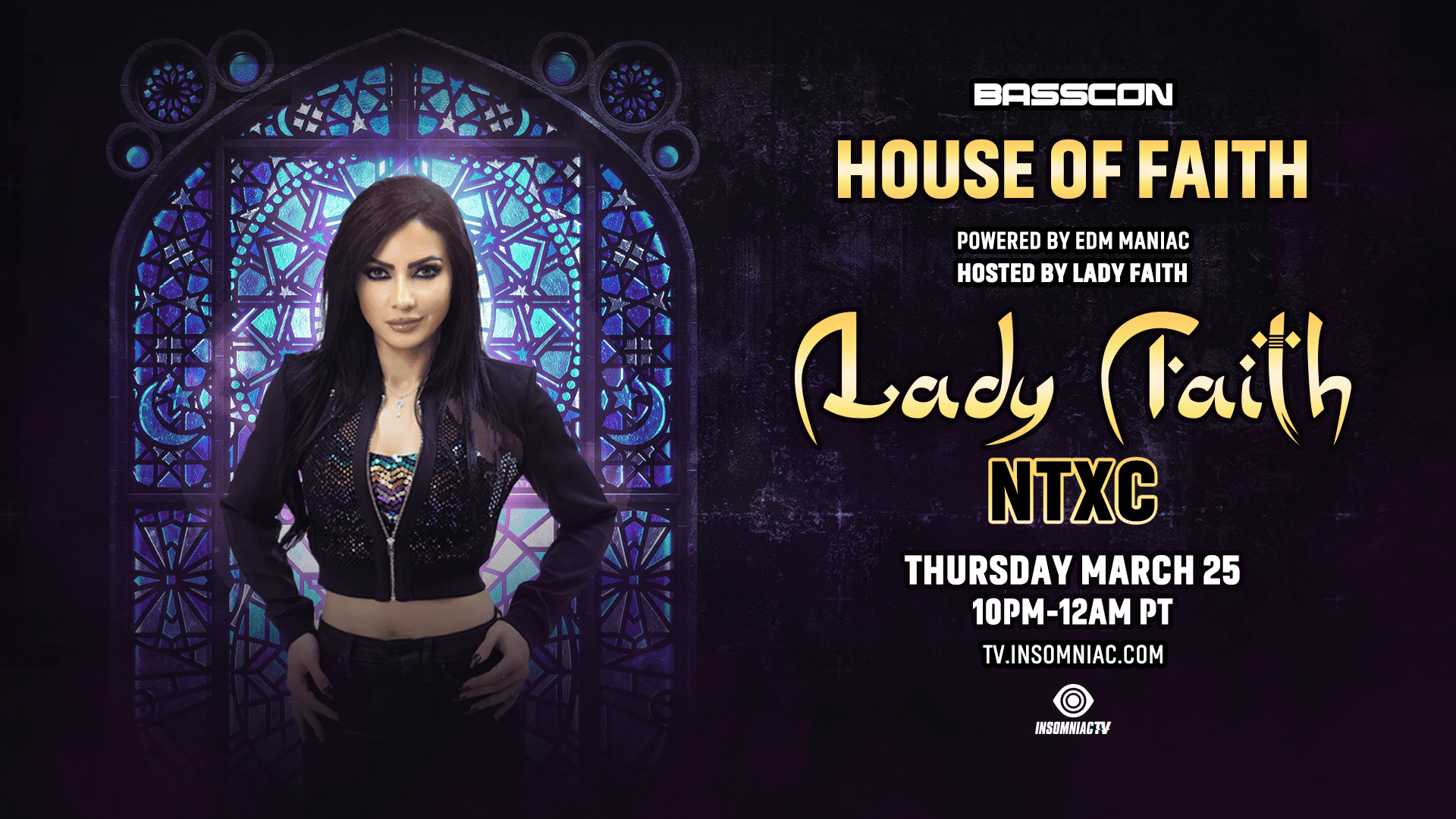 For those who might not know, Lady Faith is a Hardstyle producer who was born in Iran and raised in the United States. She quickly developed her love for EDM and began spinning vinyl. She was eventually discovered by Leo Corson (an EDM agent) after performing on the sidewalk of a local record label shop. Following her discovery, Faith began to perform at multiple underground venues and later was asked to perform at the Q-Dance Stage at Electric Daisy Carnival in 2012. Since then, Faith has become the world’s top female Hardstyle DJ. She has solidified herself as the top female Hardstyle DJ by securing the top spot on both DJaneMag and DJaneTop in 2019. Furthermore, Faith has been able to produce music on some of Hardstyle’s biggest labels including Scantraxx, Fusion Records, and Hard With Style.

We are very excited to have partnered with both Lady Faith, Basscon, and Insomniac TV to bring both the global and Hardstyle dance communities together. We can’t wait to show you what we have in store! Make sure you are following Insomniac TV on Twitch and YouTube to watch this special event on Thursday March 25.