Escape: Psycho Circus is in Town

This year’s edition of Escape by Insomniac has yet again managed to one up itself. With a breathtaking, gut wrenching, scare the living daylights out of you lineup, Escape is also undergoing a new name, Psycho Circus. Usually referred to as Escape from Wonderland, Psycho Circus has definitely earned its new moniker with its insane lineup featuring Markus Schulz, Dash Berlin, Richie Hawtin, Laidback Luke and many more. And what better name than Psycho to go along with us here at EDM Maniac? Hands down my favorite Halloween event year after year since my first Escape in 2012, this year’s figures to be the best one yet with scary surprises behind every corner. The return of the massive world-famous megastructure will also return, so get prepared for a visual spectacle beyond your wildest dreams.

A car accident has forced DJ Snake to be replaced by Porter Robinson and we couldn’t be happier with the replacement. We wish Snake and Tchami, who was also involved in the accident, a speedy recovery. Happy haunting everyone and as always, be safe.

Here is a list of our top acts to catch at Escape: Psycho Circus this weekend: 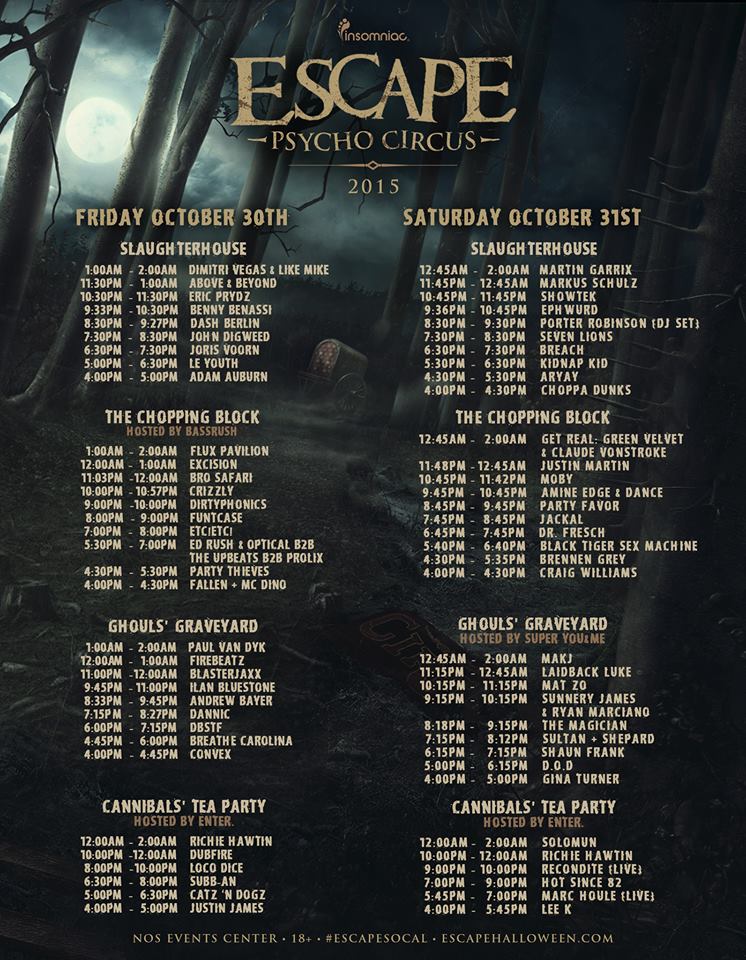