Ever After Music Festival Canceled A Week Before The Event

Ever After music festival has been canceled less than a week before the gates were set to open.

Leaked images of a denied special event permit flooded social media last week, leading ticket holders to question if the event was still happening. Days after, Ever After officially announced the cancelation on their social media platforms on August 5, 2022.

This was the first year that Ever After was to take place at Burl’s Creek. Prior to that, it was historically at Bingemans in Waterloo, Ontario, since 2015. The move to Burl’s Creek was with the intent to create an immersive camping experience, which the previous venue couldn’t support.

Ever After said in their official statement that “We can assure you that we took every step necessary to satisfy the special event permit requirements” and explained that they followed similar traffic and security plans to the event that took place this past weekend.

Ever After concluded its statement with “Whilst we wish this is not the case, the cancellation of this year’s festival leaves uncertainty around the future for Ever After.”

Ticket holders wait anxiously to hear back about refunds for their tickets. Many festival-goers had held onto their tickets from 2020 sales and continued to roll them to this year’s event.

According to CTV News, the company behind that usually produces the event, Beyond OZ,  filed for bankruptcy in December of 2021, with more than $5.6 million in total liabilities. They are claiming that Unity Travel was in charge of producing it this year. In the same year, Beyond OZ received $250,000 through Ontario’s Reconnect Festival and Event Program.

Check out the township’s report, as it goes into further detail about their decision. 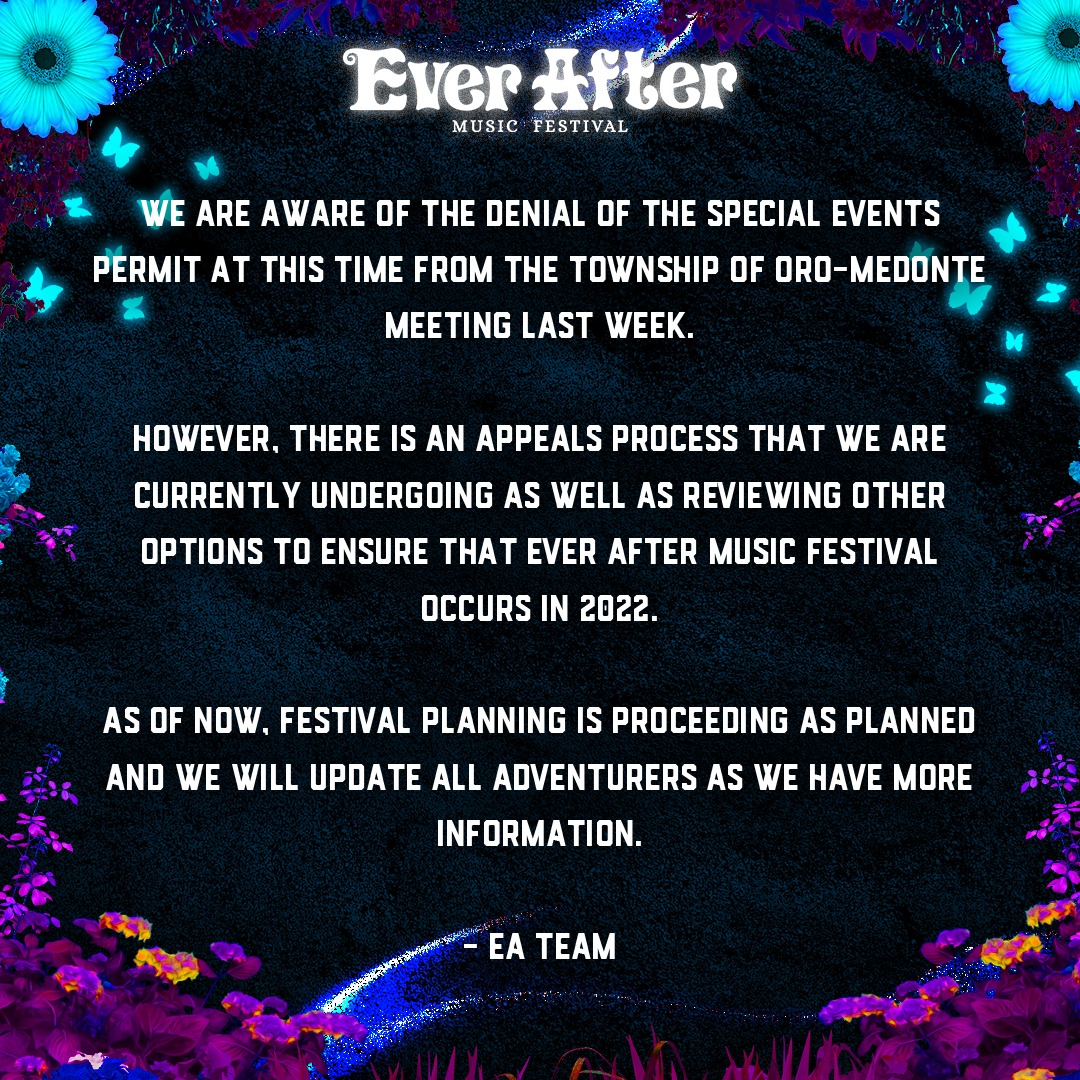 Lane 8 Releases "Grapevine" With Elderbrook On This Never Happened