Glastonbury is one of the most legendary festivals on the planet, and after two years of expected delays, the event will return in 2022. While it’s nearly impossible to list the entire lineup on one page as there are over 100 stages spread throughout the grounds, the festival has shared a few dozen headlining acts to build anticipation.

Topping the bill are some of the biggest artists in the world and in history: Billie Eilish, Paul McCartney, Kendrick Lamar, and Diana Ross. Further down, more festival-worthy artists like Arlo Parks, Leon Bridges, and Lorde will perform as well. On the dance music side, Four Tet, Caribou, and Bonobo, will provide their alternative take on rave sounds.

Glastonbury 2022 will take place June 22-26 at Worthy Farm, in Somerset. Check out the initial lineup release below. Tickets are sold out. Click here for more information. 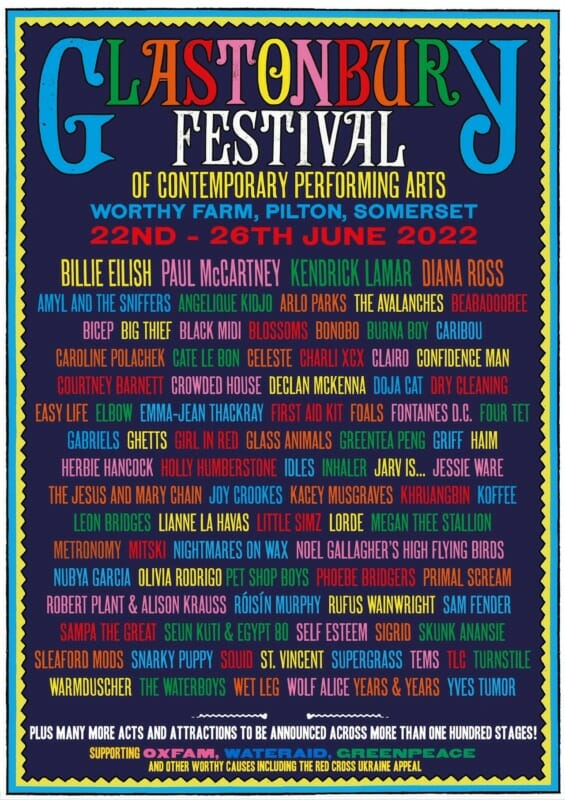 ODESZA Are Playing Their First Show Back This July