The year 2017 truly marks the beginning of a new era in the history of the annual Global Dance Festival located in Denver, CO. Global hosts some of the largest shows in the Rocky Mountains including Decadence (in both Arizona and Colorado), and Global Dance Festival. For years Global Dance has been bringing in some of the biggest name DJs from all over the world for these shows, and this year was no exception. The atmosphere of Colorado combined with many other factors is why they have had sold out days every year since 2008.

This year Global pulled out all the stops for the 15th anniversary of their flagship festival by moving to a much larger venue, adding more stages with more lights and sound, bringing in carnival rides and games, introducing art installations and offering more food options than ever before. They brought in a world-class lineup that included  3LAU, Deorro, Green Velvet, Hardwell, Kaskade, Louis the Child, Nero (DJ set), Porter Robinson (live), ZHU, and for the first time ever Excision b2b Datsik. 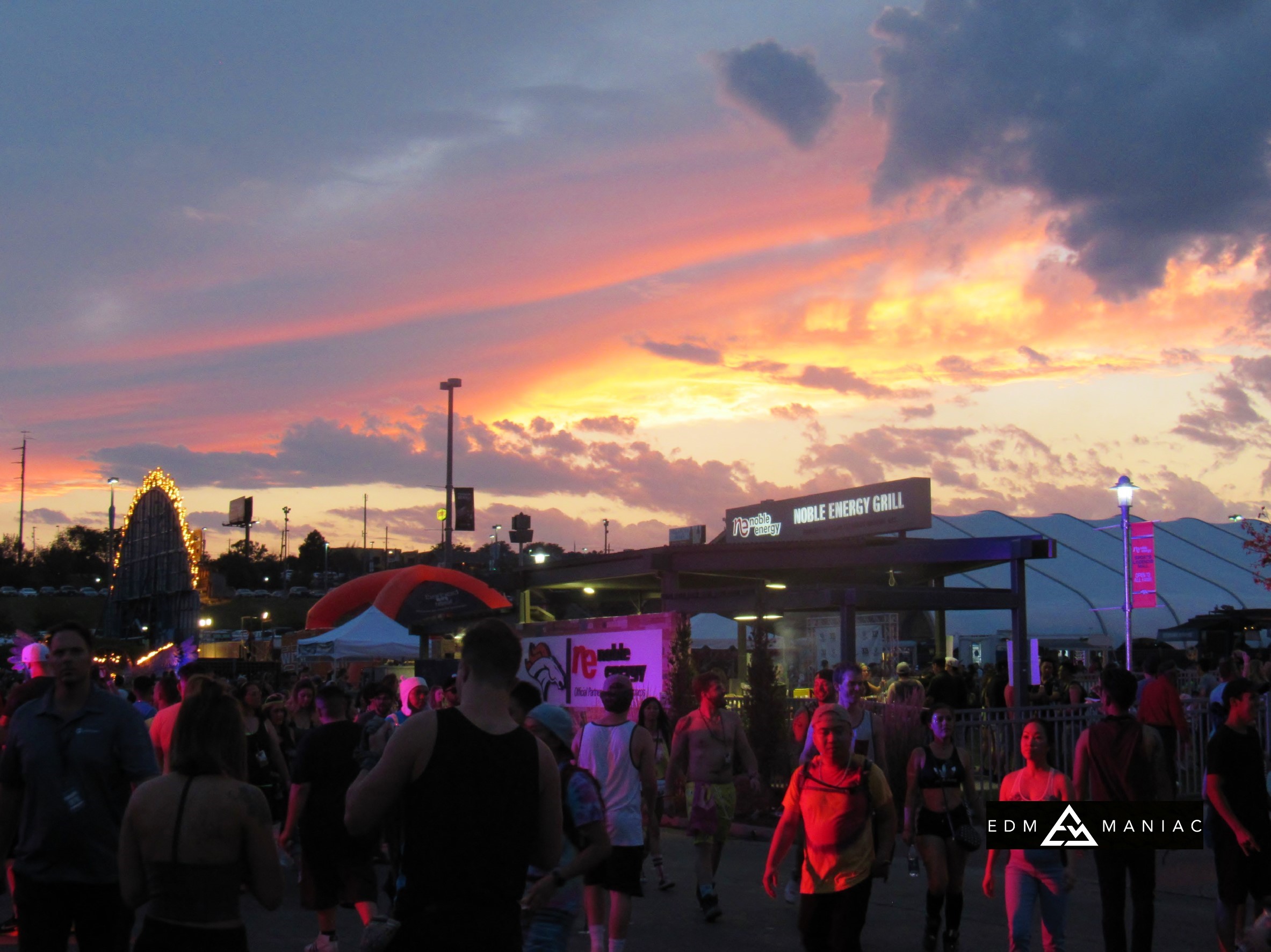 The main stage, Global Summit, is where most of the action was all weekend. Some of the biggest artists in the world including Hardwell, Kaskade, and Porter Robinson played on this stage. Kaskade played one of my favorite sets of the first night as an amazing and gentle rain shower blew in. Global Summit is where they housed the much anticipated, first-ever booking of Excision b2b Datsik. Seeing the two legends play together is something that many fans, myself included, have been looking forward to for many years now. The two bass gods came together and played one of the heaviest and loudest sets I’ve ever heard from either of them before! They made it even more special for the Bass Capitol when they brought out Dion Timmer for a truly special b2b2b! 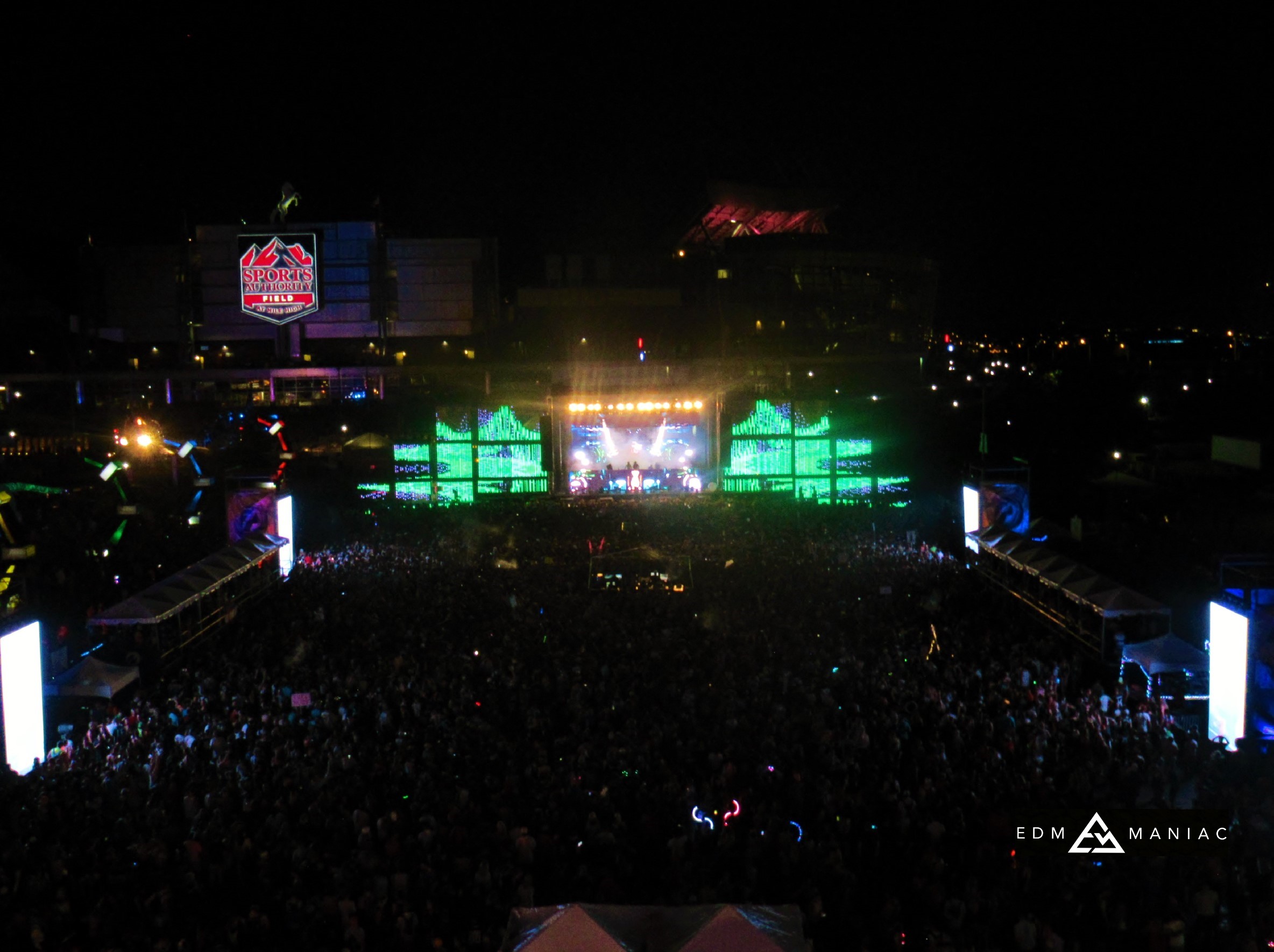 The Northen Lights stage housed many big name artists throughout the weekend like Grandtheft, Herobust, Nero, and ZHU. Located in between Food Truck Lane and the restrooms, it was a fairly high traffic area. It was a large stage with a large tent covering the whole area to help out with the acoustics. They had one ride, Genesis, strategically placed at the back of this stage so you could still see your favorite DJ while waiting in line and riding the ride.  Back behind the Northern Lights stage, you find the Tundra stage. 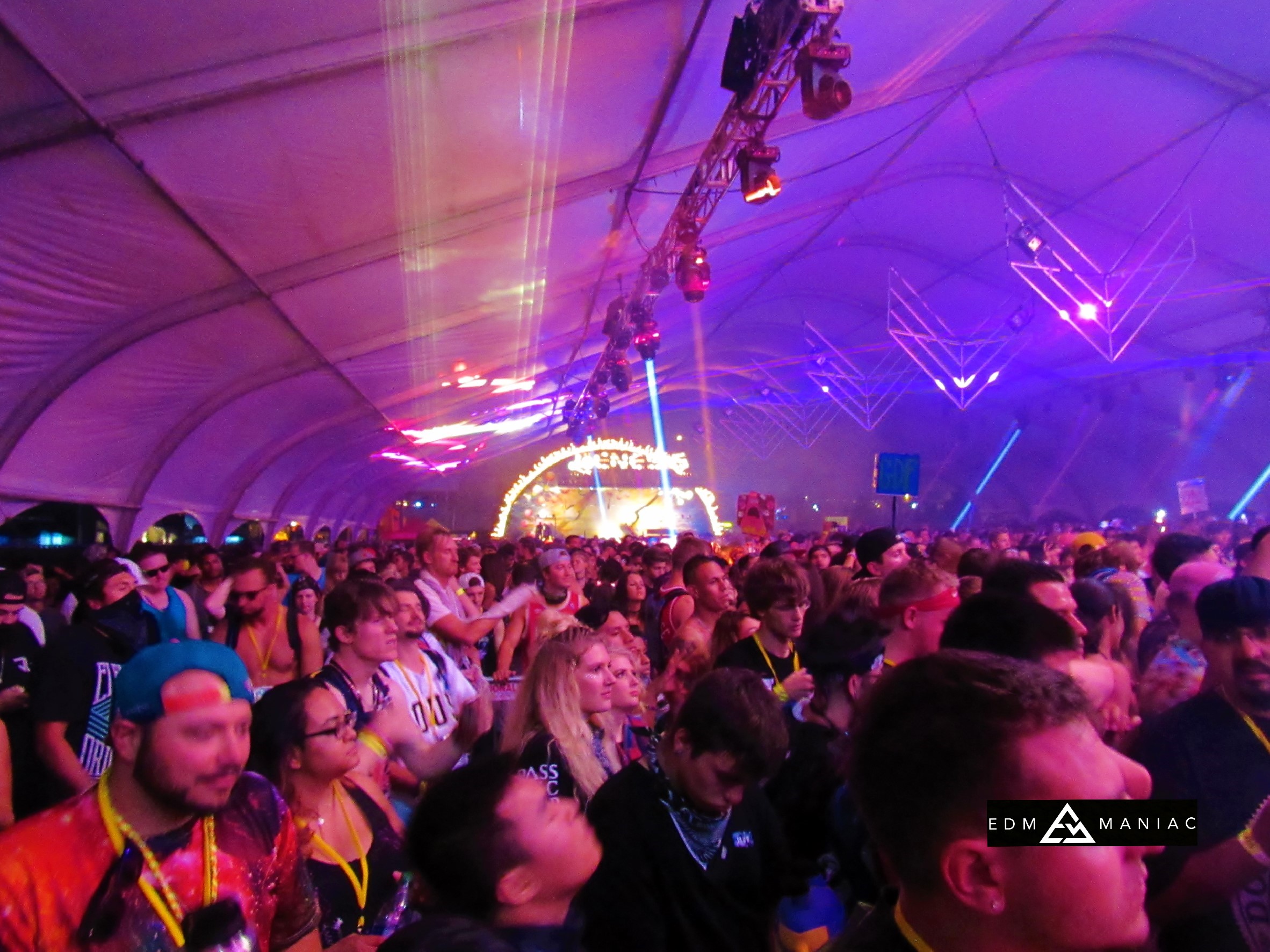 The Tundra stage was by far the smallest of the three main stages, but they still brought in some amazing talent. Artists such as Crywolf, Dabin, Mt. Eden, and Zeke Beats had the crowds jumping at this small intimate stage. There were times where it got really hot due to the stage being covered, but that did not stop people from dancing like there was no tomorrow. You seriously couldn’t move during some sets like Dabin or Mt. Eden because everyone was going so hard! 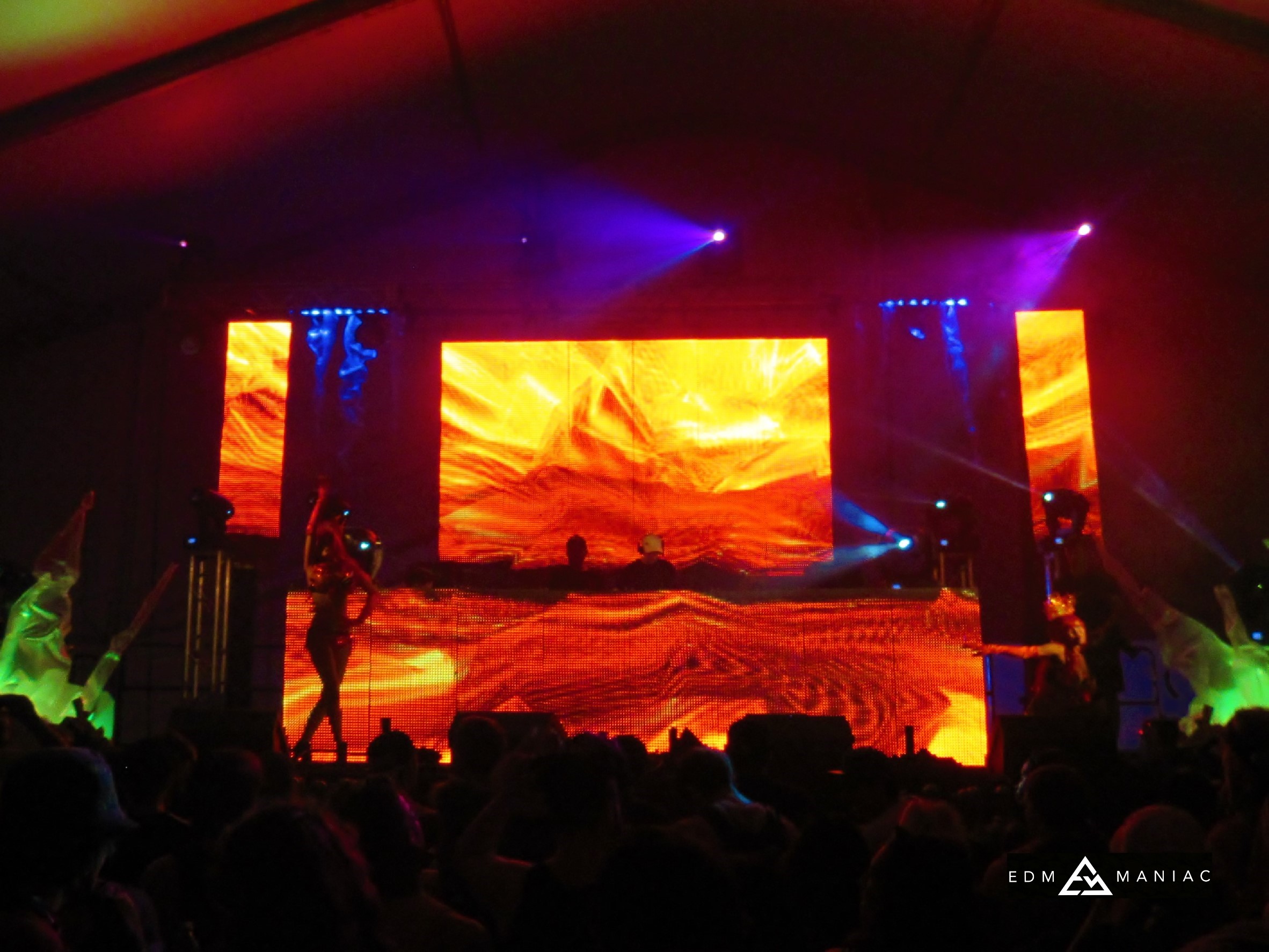 Located directly behind the Tundra stage you find the fourth and final stage, the Amazon silent disco stage. Hosting three different DJs at all times, there was a music style for everyone. In fact, you could see the difference in music styles by watching the different ways that the crowd danced. I always recommend checking out the silent disco areas. It is here that you are able to find many contest winners, new local favorites, and up-and-coming stars.

There were plenty of benches to sit down at in the Food Truck Lane, which offered something to eat for almost everyone. Although it would be nice if they added some gluten-free and vegan options along with some more trucks for next year. You could sit down in the grass at the Dragonfly Art Park and enjoy some of the many art installations made by local artisans. If you feel like escaping all the noise for a little bit, then head on over to the Arcave and play some classic arcade games inside the stadium. While you’re in the area, make sure to check out the Meet and Greet area where many artists including 3LAU, Dabin, and Louis the Child came out to meet their fans. You could win some great prizes just by playing some classic carnival games at the Midway. While you’re there, check out all the carnival rides that are new to GDF this year including The Freak-out, Sky Fire, and of course a Ferris wheel overlooking the main stage Global Summit. 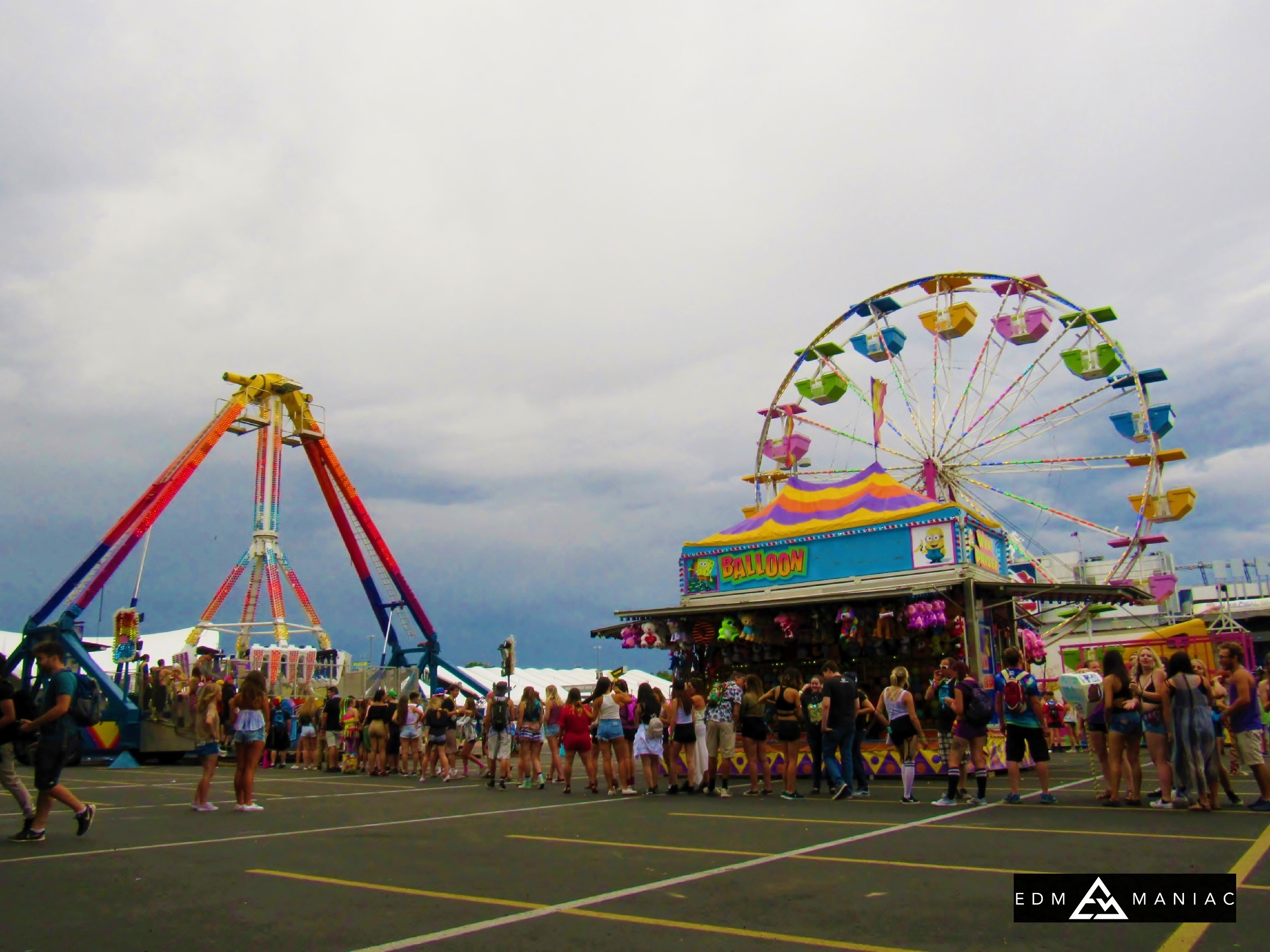 The VIP set up at GDF was different than any other festival I have been to. The VIP entrance led you straight into the VIP lounge area set up with a canopy, lounge chairs, tables, a private bar, and of course VIP restrooms.  What was different about this lounge area was that it was located all the way in the back of the venue, and it was the only one. This made it a little difficult if you wanted to grab a quick drink from the bar or relax while listening to your favorite artist on the main stage.

Most other festivals offer VIPs an elevated platform or a really good side view of the stage and DJ, but at GDF, those views were reserved for the Cabanas. Knowing that Denver is the Bass Capitol and that their fans are some of the biggest headbangers out there, Global decided to do something completely different for their VIPs. The VIP viewing area on the main stage, Global Summit, was located right in front of the stage. They had two barricade rails set up about 40 feet apart from each other, and the front rail area was strictly reserved for the VIP headbangers. It was the first time I have personally seen a festival set this way. 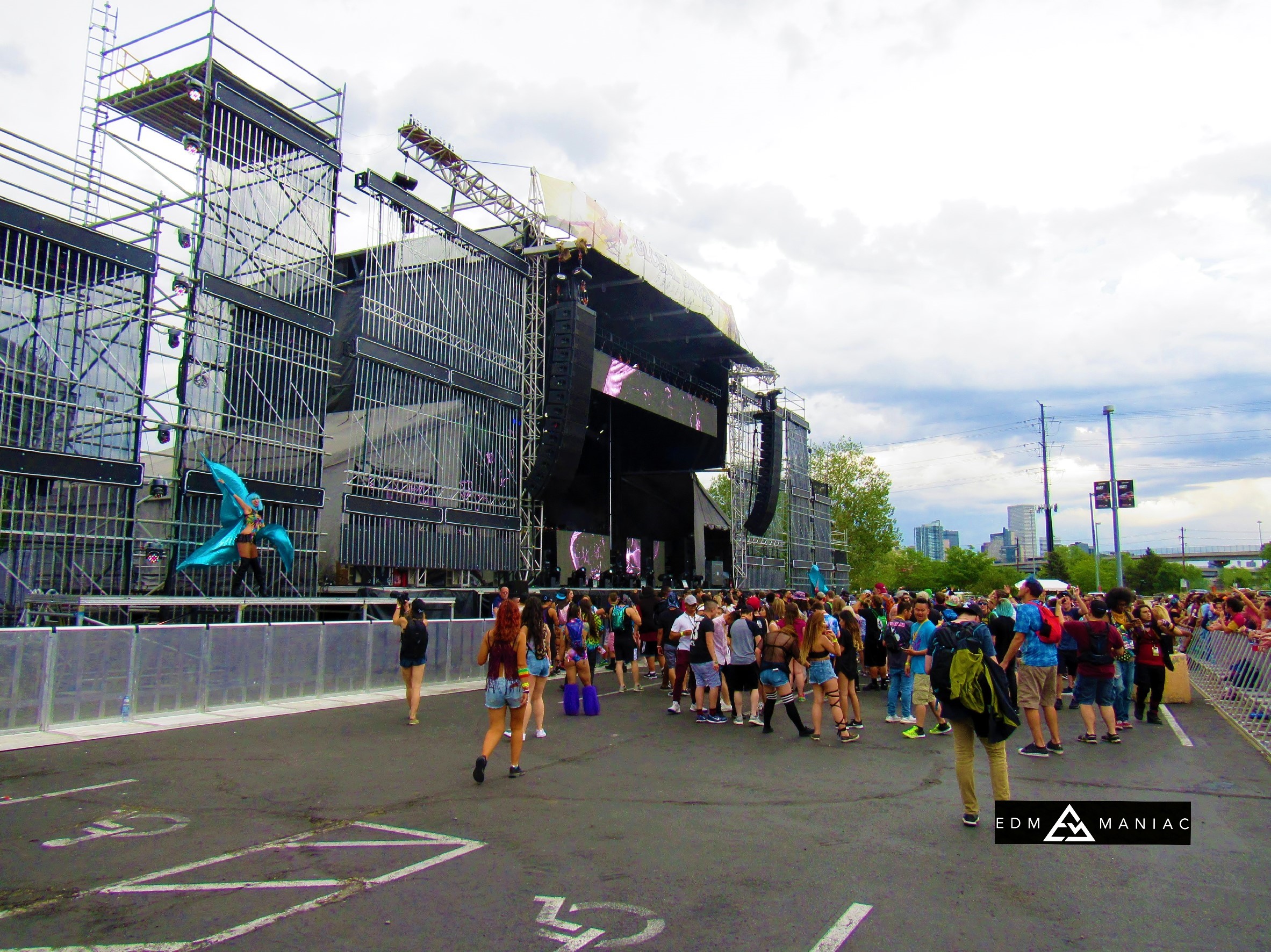 In an effort to become more like other massive festivals, Global announced that they were partnering with many of the local clubs for what they called Global Week. Starting on the Thursday night before GDF, they hosted a pre-party at Beta Nightclub with Loudpvack. The fun continued all weekend as they brought in secret, surprise headliners every night at Beta Nightclub, Club Vinyl, and The Church Nightclub. Friday night after the festival, Ephwurd showed up at The Church with Herobust as their special guest. Saturday night at Beta was an extremely special set as both Excision and Datsik hopped on the decks for a very intimate set. Sunday is when they hosted all the recovery parties before everyone had to be back at work on Monday.

Everything went very smoothly considering it was their first year in a new venue and all the new additions they brought in. Waiting until the day before to release the schedule did upset many people, although it did help keep the suspense alive. Getting to and from the event was really easy with Denver’s light rail system. Because of its location in the heart of Denver, cell phone reception was surprisingly good the whole weekend. Although they did leave Red Rocks Amphitheater this year, I am happy with the new, much larger home at the Mile High Stadium. 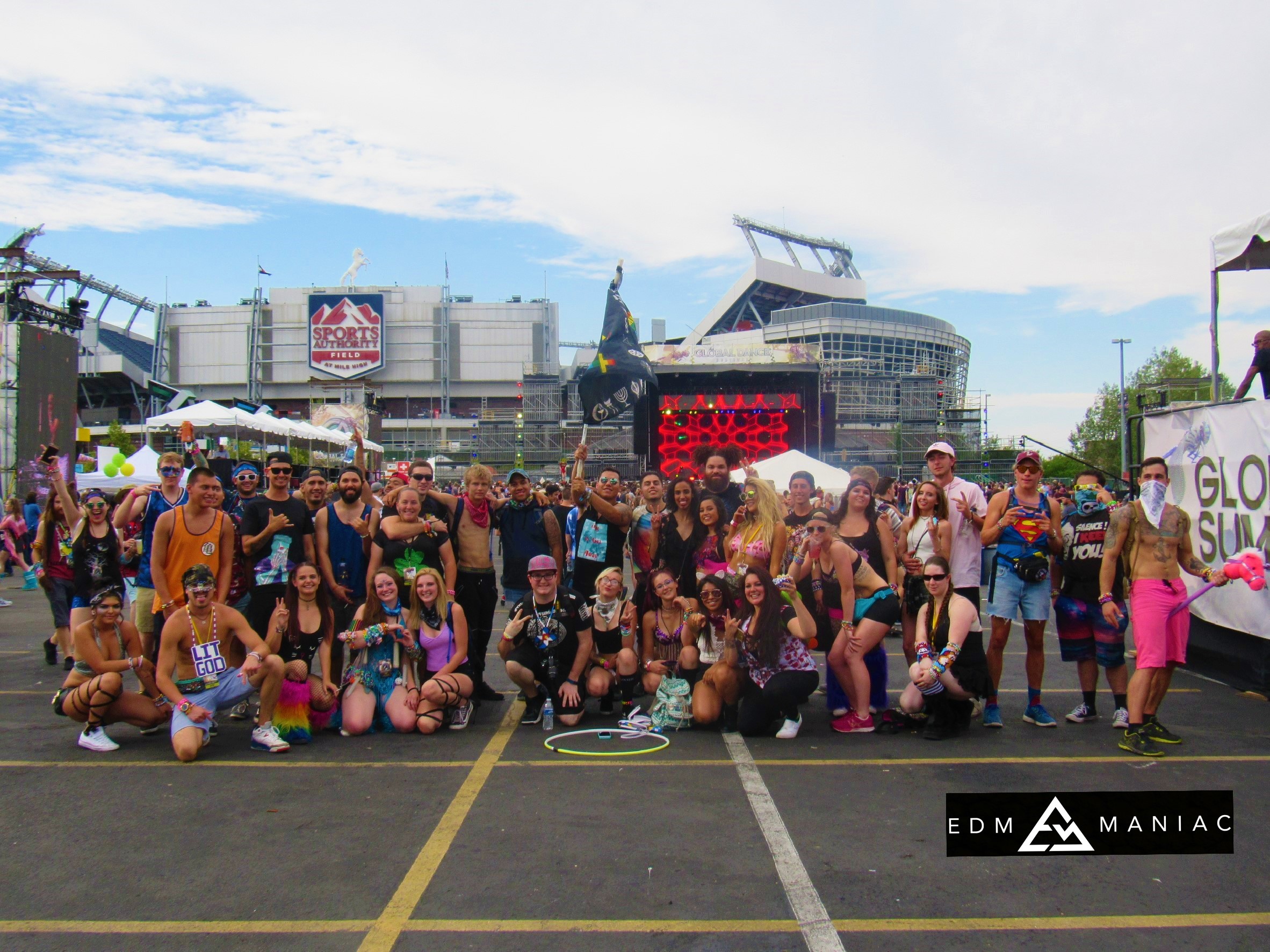 Global is making big moves to become the next large-scale music festival like EDC or Ultra by making all these changes and the addition of Global Week. With the carnival rides and the general atmosphere, it really felt like you were at a smaller version of EDC. After this last weekend, I’m excited for the future of Global Dance Festival.

Here are some of our favorite moments from Global Dance Festival 2017!

Burning Man - More Than a Festival