Our favorite saxophone-playing DJ and producer, GRiZ, has officially announced his return to The Masonic Temple as part of an exclusive series in his hometown of Detroit, Michigan to celebrate the holidays and give back to the community. This makes it the sixth season of his annual GRiZMAS series, which will showcase a collection of his work including his most recent album Ride Waves as well as his Bangers EP. As part of this much-anticipated series, GRiZ will feature his largest stage production to date, known as The Imaginarium.

GRiZ has made a name for himself on the EDM circuit due to his unique combination of electronic music with soul and funk in what he describes as “future funk.” During his career, GRiZ has become a big contributor to raising awareness on social issues, giving back to the community, and spreading love through music. As part of his efforts, GRiZ began the GRiZMAS shows as a means to give back to his hometown community. During the twelve days leading up to the back-to-back shows, fans and locals have the chance to join GRiZ at various charitable events throughout the city. Last year alone, over $100,000 was raised to help fund music, education, and art programs for the community and will be donated to the nonprofit organization Seven Mile. 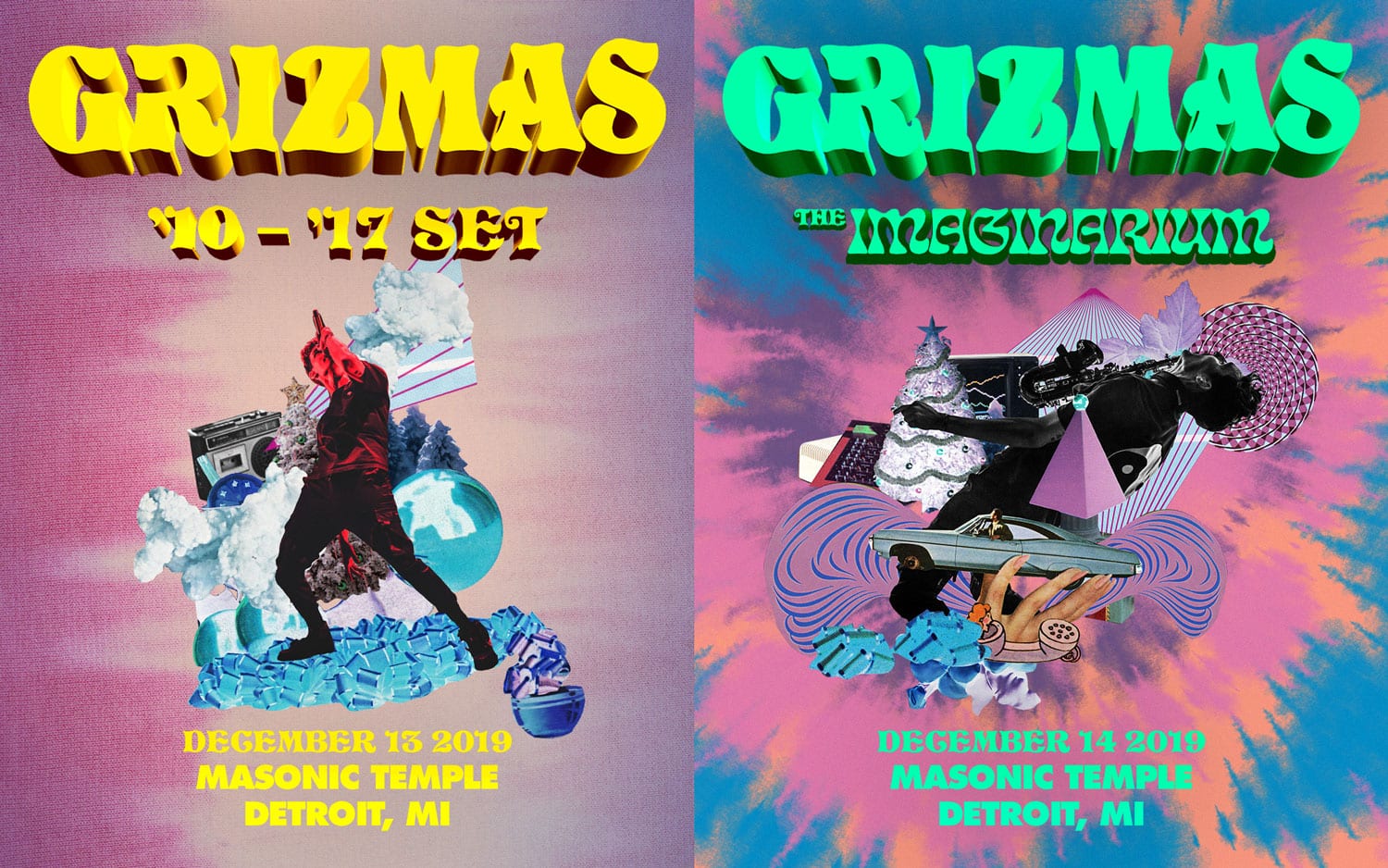 In past years, the GRiZMAS series sold out within days as fans and supporters gathered from across the United States to join in on a weekend of dance music and giving back to those that need it most. We expect this year to be no different as GRiZ brings out his best production stage yet as part of The Imaginarium, which features a complex stage of lights and lasers inspired by the classic film Fantasia. In a unique vision by GRiZ, The Imaginarium is meant to connect his music to the audience in a way that is difficult to put into words because of the ethereal vibe that can only be felt in person. It will surely make for an experience unlike any other and you will not want to miss out.

Join us this December 13th and 14th for what will be a truly magical weekend. Not only will you see a spectacular show, but all proceeds benefit the community which makes it that much more special. GRiZ  is well-known by the phrase he popularized to “Show Love, Spread Love,” and his holiday showcase certainly embodies that mantra. Tickets will sell out quickly, so get yours now as part of the pre-sale using the password ‘grizmas.’ For more information, head to http://www.mynameisgriz.com.