Fresh off his return to the main stage after a 4-year hiatus, Hardwell has wasted no time in making numerous headlines. Real name Robbert van de Corput, the Dutch legend known as Hardwell kicked things off by playing a surprise set to close Ultra’s main stage on the final day of the festival.

Hardwell has also confirmed a brand new album and a headlining tour in his return to performing. The album is called Rebels Never Die, and you can pre-save the first three singles, its title track, ‘Broken Mirror,’ and ‘Into The Unknown’ by clicking here. His tour will see him perform at several festivals and venues across North America and Europe, including a number of dates in Asia scheduled for December with no specific date or venue announced yet.

One of the highlight stops on his tour is at Ushuaïa Ibiza on August 14. The iconic venue is known around the world for its high-end production and atmosphere that delivers a one-of-a-kind outdoor experience that allows fans to lose themselves under the Ibiza sun. It’s his one exclusive date in Ibiza this summer and is sure to be one of the highlights of the season. It’s going to be a memorable experience that could only be described as legen, wait for it…

Tickets are on sale now at ushuaiaibiza.com. 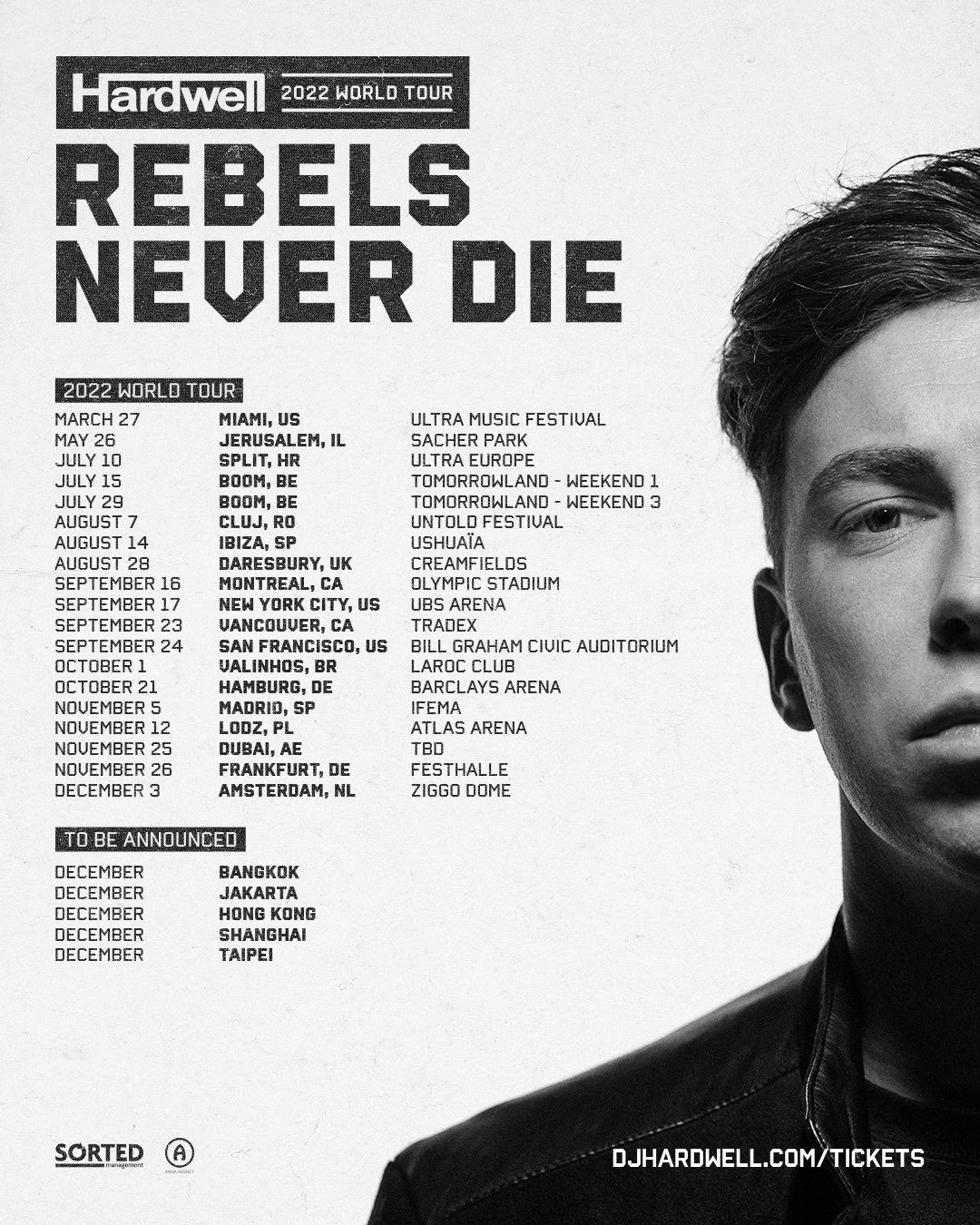