Ultra Music Festival just capped off an incredible 2022 weekend. As the first one since 2019 there were plenty of notable moments, but perhaps one of the most was the return of Hardwell, real name Robbert van de Corput.

Four years after the famed Dutch artist stepped away from touring “indefinitely” to focus on his own health, he played a surprise set to close Ultra’s main stage. The set happened on the final day of the festival: Sunday, March 27.

EDM Maniac was on the ground for the set which included a mix of the classic Hardwell big room sound along with tech house, techno, and more.

On top of his return to DJing, van de Corput has confirmed a brand new album and a 24-date headlining tour in support. The album is called Rebels Never Die, and it will be out later this year. Click here to preorder three singles, its title track, “Broken Mirror” and, “Into The Unknown.”

The Rebels Never Die tour will see van de Corput hit venues and festivals all over North America and Europe. Later this summer he will perform at Tomorrowland and Ultra Europe, come to Canada for Montreal’s Olympic Stadium, then to the US to play at San Francisco’s Bill Graham Auditorium. Several dates in Asia are on the schedule for December with no specific date or venue.

Check out the full schedule for the The Rebels Never Die tour below. Pre-sale for the tour begins Tuesday, March 29, at 11AM EST. Click here to sign up. The official onsale begins just an hour later on March 29 at 12PM EST. 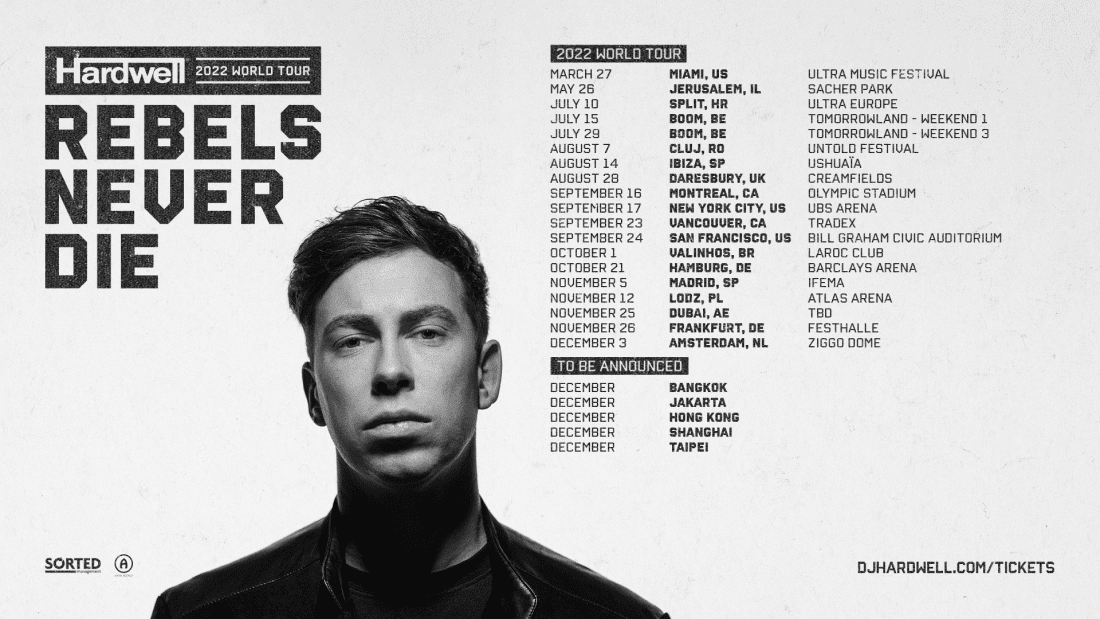 B2B's And Fatherhood, Oh My!