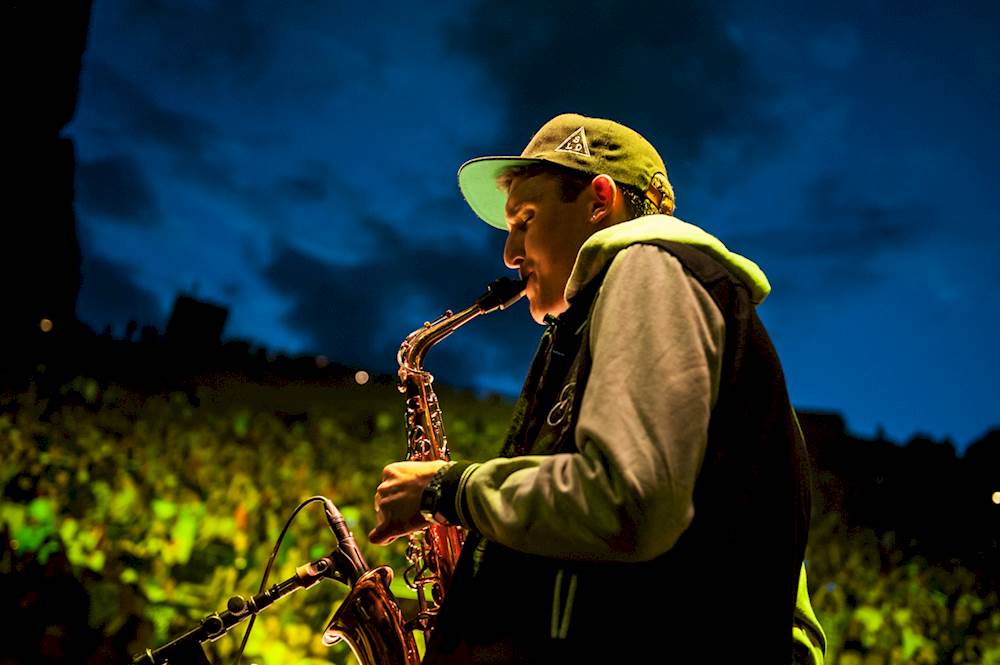 How GRiZ Has Become One Of Music’s Most Extroverted Artists

Often known for having cryptic personalities, carefully shielding intimate traits from the public eye, DJs and producers capture the attention of fans and critics by remaining mysteries to us all. And then there’s Griz. With his innate ability to connect with fans, other music counterparts, and unique cultures worldwide, Griz has redefined what it means to be extroverted in the industry.

Despite solo success and masterful plays on electronic and funk elements, Griz has made a name for himself through his various collaborations and long term projects with countless artists. From creating bold jazz beats with horn & drum duo Brasstracks, to jamming on psychedelic funk synths with Cherub, Griz has found endless ways to expand his sound and establish epic partnerships in the process. Most notably is his mega-collaboration with friends Big Gigantic and Gramatik, creating the acclaimed projects Grizmatik and Big Grizmatik. With blended elements of brass and electric bass, Big Grizmatik has taken festival lineups by storm in recent years, as fans flock to catch a signature set from the three acts as one.

Griz’s affinity to connect with others doesn’t falter outside of the studio. Taking notice of his steadily growing fan base, the producer quickly found a way to integrate his fans into his universe, bridging the gap between artist and listener. Known as “The Liberators”, Griz’s fan base does more than simply attend shows. With their shared motto “Show Love, Spread Love, Griz and The Liberators organize and attend various volunteer drives across the country.  At shows, the Liberators are the first to pass out kandi, water, and hugs to fellow show goers, aiding those in need and sending positive vibes reflective of Griz’s overall personality.

With performances that never cease to surprise his audiences, Griz has proven that electronic music can transcend dance festivals. From taking the stage at heavy hitting EDM festivals Moonrise and Electric Zoo, to wowing fans at multi genre fests like Okeechobee and Hulaween, Griz refuses to confine himself in the industry, further revealing his gregarious nature and desire to explore where his music can take him.

With his infectious grin and captivating sound, Griz has become one of dance music’s most extroverted characters, allowing fans and artist’s to fall in love with his unmatched potential and persona.