I Hate Models, the mysterious but hard-hitting techno artist, is coming to Exchange LA in Los Angeles courtesy of Factory 93.

On November 12, LA techno fans will be treated to a global sound that is both heart-pounding and meticulously crafted, perfect for dancing all night.

I Hate Models is well known in the techno scene and has released on labels like Berlin-based Arts and VOITAX as well as international labels Rave Or Die and Perc Trax. He has also remixed official tracks for Depeche Mode and Perc.

The established producer recently came into mainstream radar after his legendary EDC 2022 set. Encompassing genres like minimal, melodic techno, and even psytrance, the set was non-stop energy and had ravers moving until way past 4AM.

Tickets for the I Hate Models show at Exchange are available here. 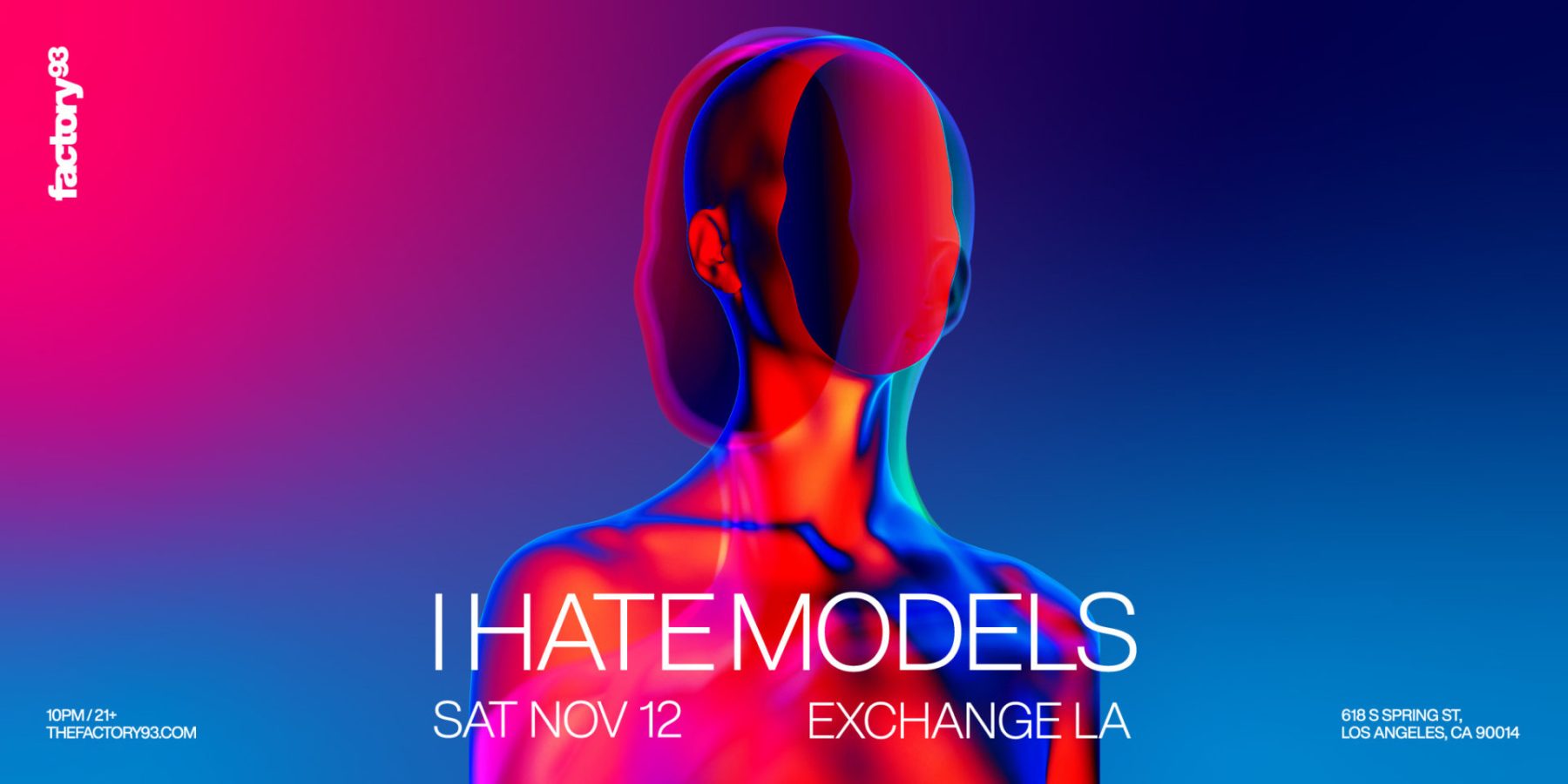 Featured image from I Hate Models, flyer from Exchange LA