Today Insomniac has confirmed they are opening a brand new nightclub in San Diego called NOVA SD. This new venue will inhabit the space of the now-defunct nightclub OMNIA located in San Diego’s famed Gaslamp Quarter.

The official opening weekend for NOVA SD is February 25-26, 2022. RL Grime and deadmau5 will headline Friday and Saturday of the weekend, respectively. In the weeks following the opening, headlining DJs including Jauz, Tiësto, Diplo and more will perform at the club. 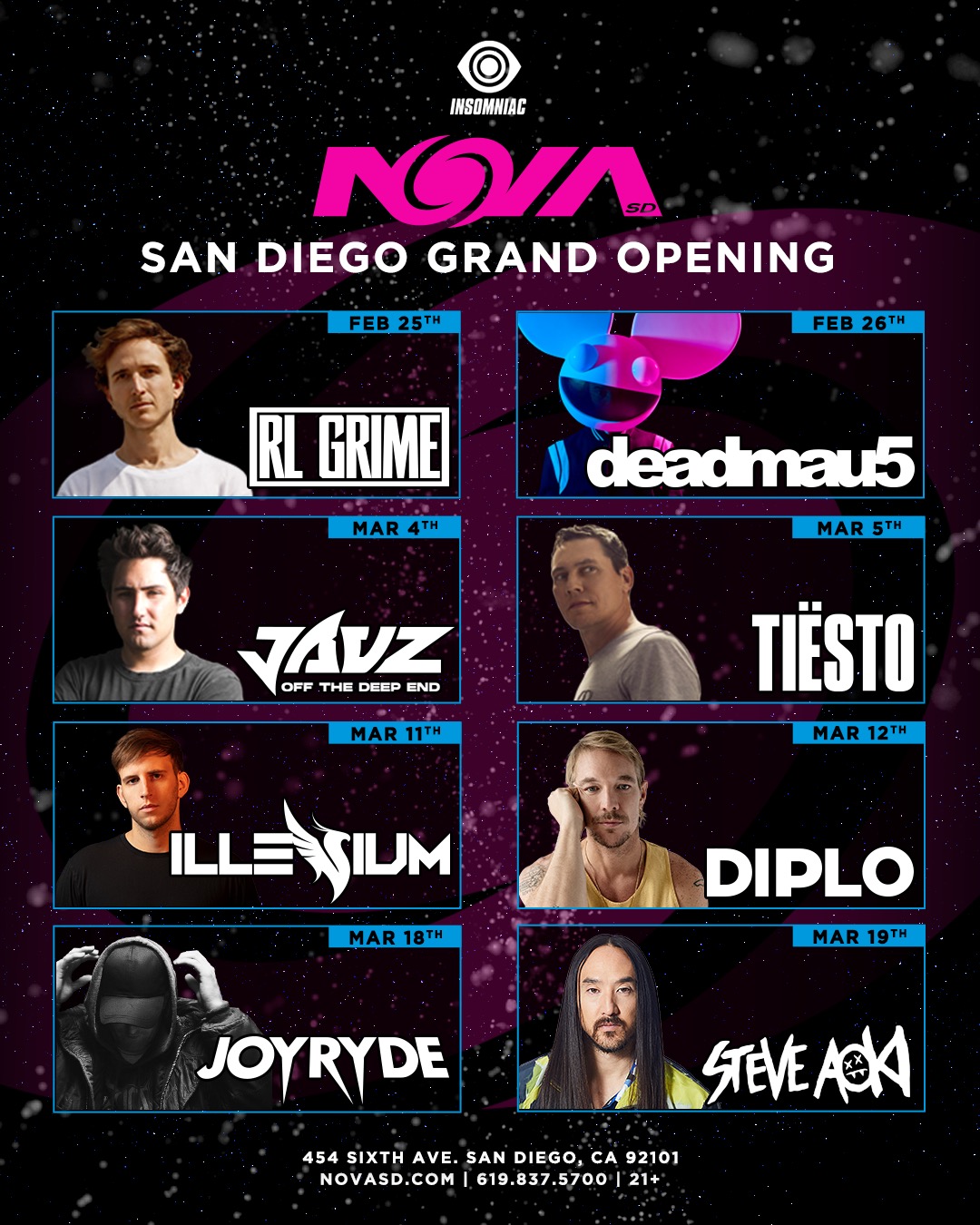 NOVA SD represents Insomniac’s first official piece of real estate within San Diego. Over the years the major promoter has hosted events at venues in the area like Bassmnt and House of Blues San Diego, but now they will have an official home in the region.

NOVA SD will serve the same purpose in San Diego that Exchange and Academy serve in Los Angeles. All of Insomniac’s major headlining club nights in San Diego will occur there. Insomniac has also started to build a festival footprint within San Diego via the debut edition of Audiotistic San Diego, which took place last November.

“We’re so thankful to the thousands of music lovers that have traveled from the San Diego area to our festivals around the country for nearly 3 decades,” says Pasquale Rotella, Founder and CEO of Insomniac. “We are excited to finally be able to come here and have a home in Downtown San Diego’s Gaslamp Quarter.”

Hundreds Of Astroworld Lawsuits Have Been Aggregated Into One Major Case