Catching Up with Dom Dolla at EDC Las Vegas 2021

Australian house producer and DJ, Dom Dolla, has had people moving and grooving since 2013. Since then he has performed at major festivals such as Coachella and Insomniac’s Electric Daisy Carnival. He is best known for his iconic songs such as “Take It” and the ARIA Music award-winning track “San Frandisco”. Dominic has also done remixes for RÜFÜS DU SOL, Dua Lipa, and many more. This past weekend, we were able to catch Dom Dolla before his third EDC Vegas set and have a chat!

EDM Maniac: How are you doing tonight?

Dom Dolla: Good! I’m tired but very excited for tonight. Last night we, myself, John Summit, and Torren Foot, did the EDC Campgrounds opening set. So, we played ’til like 4 in the morning.

EDM Maniac: I was there!

Dom Dolla: You were there?! Awesome. It was wicked fun. Yeah, we went back to back and had a blast, but I didn’t get to bed until like 7 a.m. so I’m feeling a bit of that. But that’s just the Vegas EDC bender.

EDM Maniac: That’s what EDC is about! You literally don’t sleep or else you’d miss all the fun. 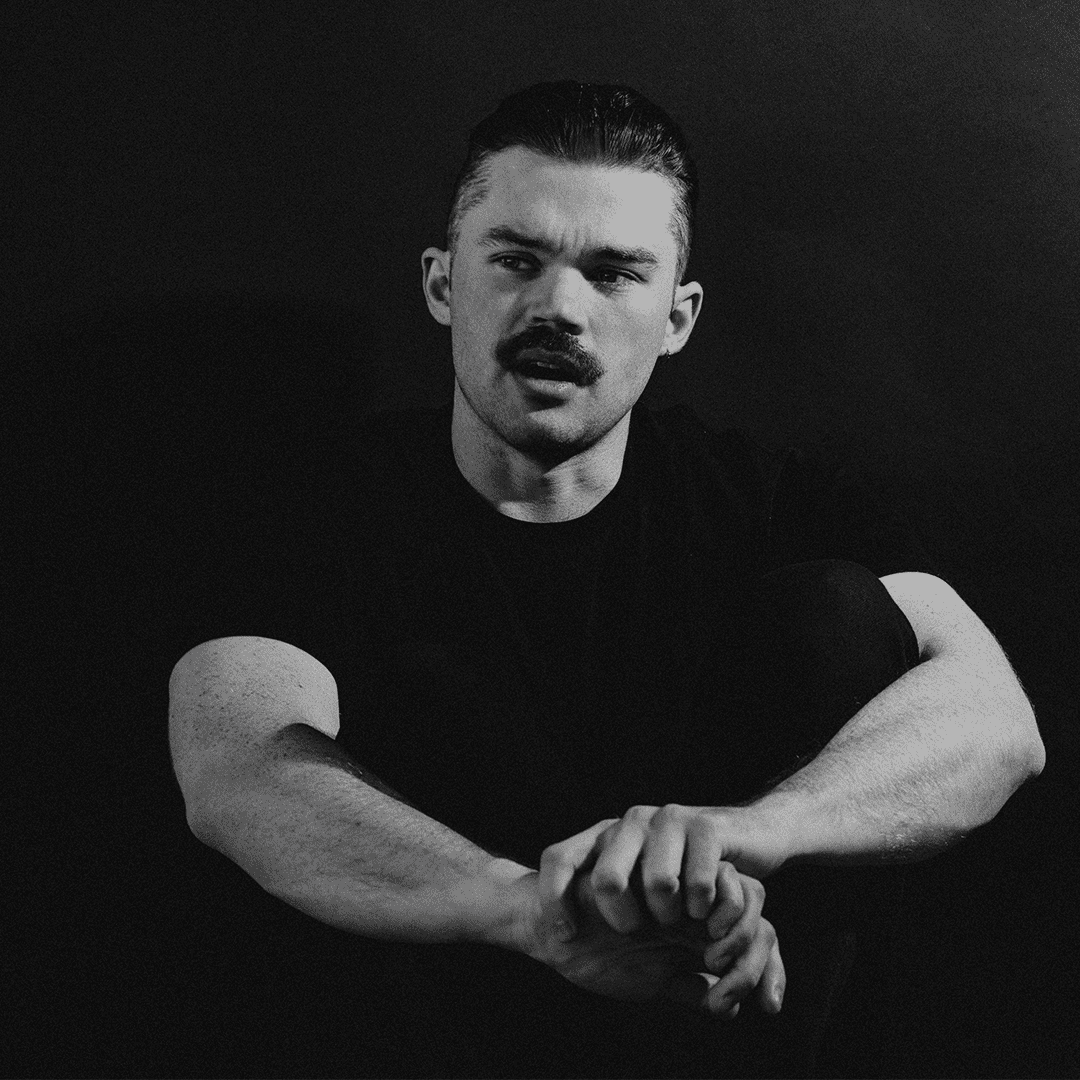 EDM Maniac: I’m there with you on that one! You’re about to perform here in a couple of hours! Are you ready?

Dom Dolla: Oh yeah. I am very excited. I’ve got a bunch of new music I’m ready to premiere. I’ve got a few songs that I’ve actually never had a chance to play before, so that’s super exciting. And I think this is my best slot here that I’ve gotten at EDC. It’s like 10 p.m. on the Circuit Grounds, so –and that stage, I’ve been there in the crowd before and it was mind-blowing, so I don’t know. I’m excited to see what these new records sound like on the system.

EDM Maniac: That’s awesome! What does it feel like to play on one of the biggest stages in the world?

Dom Dolla: It’s incomparable to any other feeling really. Having that much of an influence on an audience and watching their reactions in real-time is like the goosebumps have goosebumps.

Dom Dolla: Yeah, it’s really nice! I’m particularly excited tonight. I think especially through the pandemic, having all those shows be canceled and then coming back to the United States and being able to tour again, I feel like everything has been sort of building up to this point. So, the shows have been getting bigger and bigger and bigger and now Circuit Grounds with however many thousands of people. Yeah, it’s really exciting to be able to do it.

EDM Maniac: I can’t imagine! I’m already stoked to be here just as a part of the audience, so I can’t even imagine how great it feels for you. Who did you bring to EDC Vegas with you?

Dom Dolla: With me? I brought my manager, James. I brought my best mate Torren, who is just doing his first-ever U.S. tour. He’s playing tonight and it is his fourth-ever U.S. show. The three of us have been traveling together and we’ve got a bunch more shows. We’ve got tomorrow in San Francisco, Midway, and playing in Santa Barbara on Sunday. I think we’ve had 5 shows this week, but there’s nothing more fun than traveling and touring with your friends.

Dom Dolla: Yeah, traveling on your own gets a bit lonely, but when you’re with your best mates it’s the other end of the stick. You don’t want to do anything else.

EDM Maniac: And what has been your favorite memory from being on tour with them?

Dom Dolla: My favorite memory traveling… Last night was definitely up there. Do you mean this tour or ever?

Dom Dolla: This tour, probably last night I think. It was pretty amazing. I have a memory from the last time I played in Vegas though. I missed my flight to Santa Barbara and I had to pay an Uber driver like $700 to drive me all the way there.

Dom Dolla: Yeah, that was probably my least favorite memory *laughs*. I think there are all ends of the happy and sad spectrum on the tour. That’s just part of the job. It’s good fun. 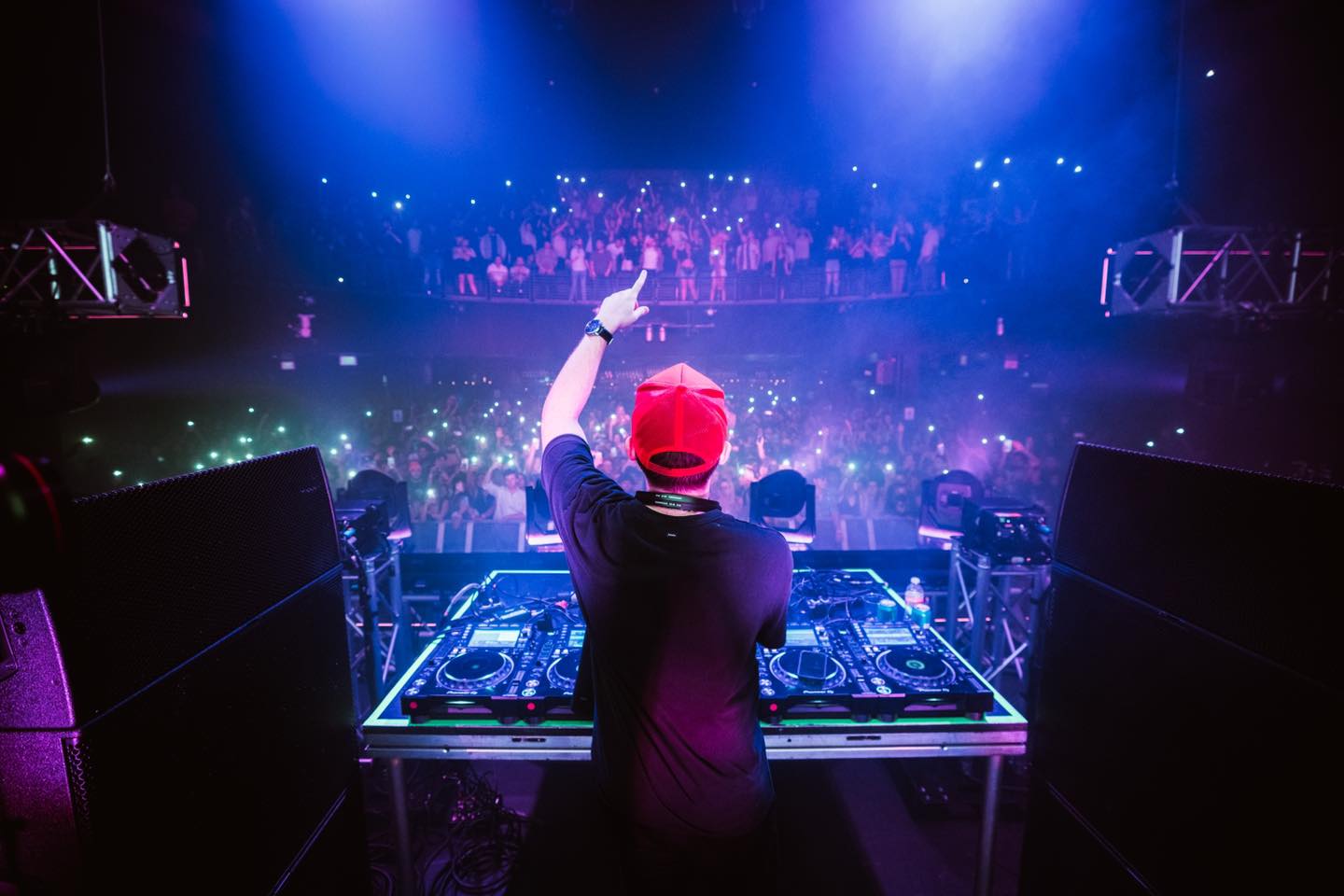 EDM Maniac: You’re also closing out your North American tour soon. How does that feel?

Dom Dolla: Yeah! It’s been pretty wild. I think we’ve only got I don’t know how many shows left, but we’ve been doing this since probably early July? When we left Australia, it was very difficult for us to leave because the borders are closed. It’s very difficult for us to get back home but up until I think yesterday international travel is now welcome in Australia in December. We’re excited to be able to go home and spend time and Christmas with our families. We have been away for a long time now. The pandemic took away the thing I love to do the most though, so I kind of don’t want touring to stop at this point. Even if this break is voluntary I’m kind of like, “No! More shows!”.

EDM Maniac: What do you miss most from home?

Dom Dolla: Home-cooked meals, probably. There are no stoves in hotel rooms. I’m not much of a chef, but I think I’m at that point where I might as well buy shares in Uber Eats.

EDM Maniac: If you could have one meal from home, what would that be?

Dom Dolla: I was born in the Philippines and my mom used to make this meal called Melody’s Chicken. It was named after one of her best friends named Melody, who was a Filipino woman and an amazing cook. I can only have it at home.

EDM Maniac: Sounds special! Do you have any new projects that you’re working on?

Dom Dolla: Yeah, I’ve got a new single coming out on the 19th of November. It’s featuring a band from Australia called Mansionair. They are an incredible group of guys. Incredible voice. Jack the lead singer has an incredible voice and I’ve been super excited about it. The crowd has been responding to it super well at the last few shows that I’ve been playing. I’m excited to play the final version of it tonight.

Dom Dolla: Yeah, the one you hear tonight is the final version. Just as well because it’s live-streamed. So it will end up out there anyway *laughs*.

EDM Maniac: And of all the songs you’ve released, which one is your favorite?

Dom Dolla: I think this upcoming one, “Strangers”, that’s what it’s called. In terms of past stuff, I did a remix for a band out of the U.K. called Eat More Cake. The track is called “Heat Of The Night”. That’s probably my favorite production that I’ve done. But, it kind of went under the radar. We didn’t really make that much of a scene and danced about it when it came out, so I feel like a lot of people don’t know about it. So, if anyone is listening or reading this go and check it out and let me know what you think. If you hate it, let me know too! I’m open to criticism.

EDM Maniac: We’ll take a listen to it after this and I’ll let you know my thoughts *laughs*.

Dom Dolla: Yeah? That would be awesome! I’m not sure if you’d be able to hear it over this rumbling (the bass from outside).

EDM Maniac: And lastly, we always do this. What are 3 fun facts about yourself that you don’t think your fans know about you?

Dom Dolla: Uhm. I can’t sleep on planes. It’s my least favorite thing about touring. My manager can sleep absolutely anywhere, but it’s like if I don’t have blackout curtains and a proper bed I just lay there dreading wherever I am. So, unless you can sleep sitting up on planes, I recommend don’t become a DJ. It’s a prerequisite you need. I was born in the Philippines. That’s another one. My great uncle brought the first-ever billiard or pool table — you know what a pool table is?

Dom Dolla: Okay, yeah. First-ever pool table to Australia back in the 20th century. My parents told me and I didn’t believe them, but we fact-checked it and it was true. And I suck at pool! I don’t do them any justice.

EDM Maniac: Oh my gosh *laughs*. Your ancestors are rolling in their graves. Well that’s it we have for today! Thanks for taking some time to chat with me in your hectic schedule!

Ultra Australia Will Return To Melbourne In 2022