Jason Ross has already had a huge 2022. He recently played at Red Rocks with Seven Lions and the Ophelia Records gang following performances at EDC Las Vegas and Project Glow, and his new album, Atlas, will also be released later this year.

In addition, “Ghost Town”, a track from the album, will be released early on Friday, July 1. The full album comes out on August 5 and contains ten tracks with a bevy of collaborators. MitiS, Dia Frampton, Runn, and HALIENE are all featured on the new album and have worked with Jason Ross in the past.

The Atlas brand has become synonymous with Ross—an idea of connectedness and common ground across genres (the trance sound of Anjunabeats and the bass-heavy Ophelia Records – two labels he calls home), and across fans.

Check out the full schedule for Jason Ross’s Atlas tour below. Tour tickets can be purchased here and listen to “Ghost Town” here. 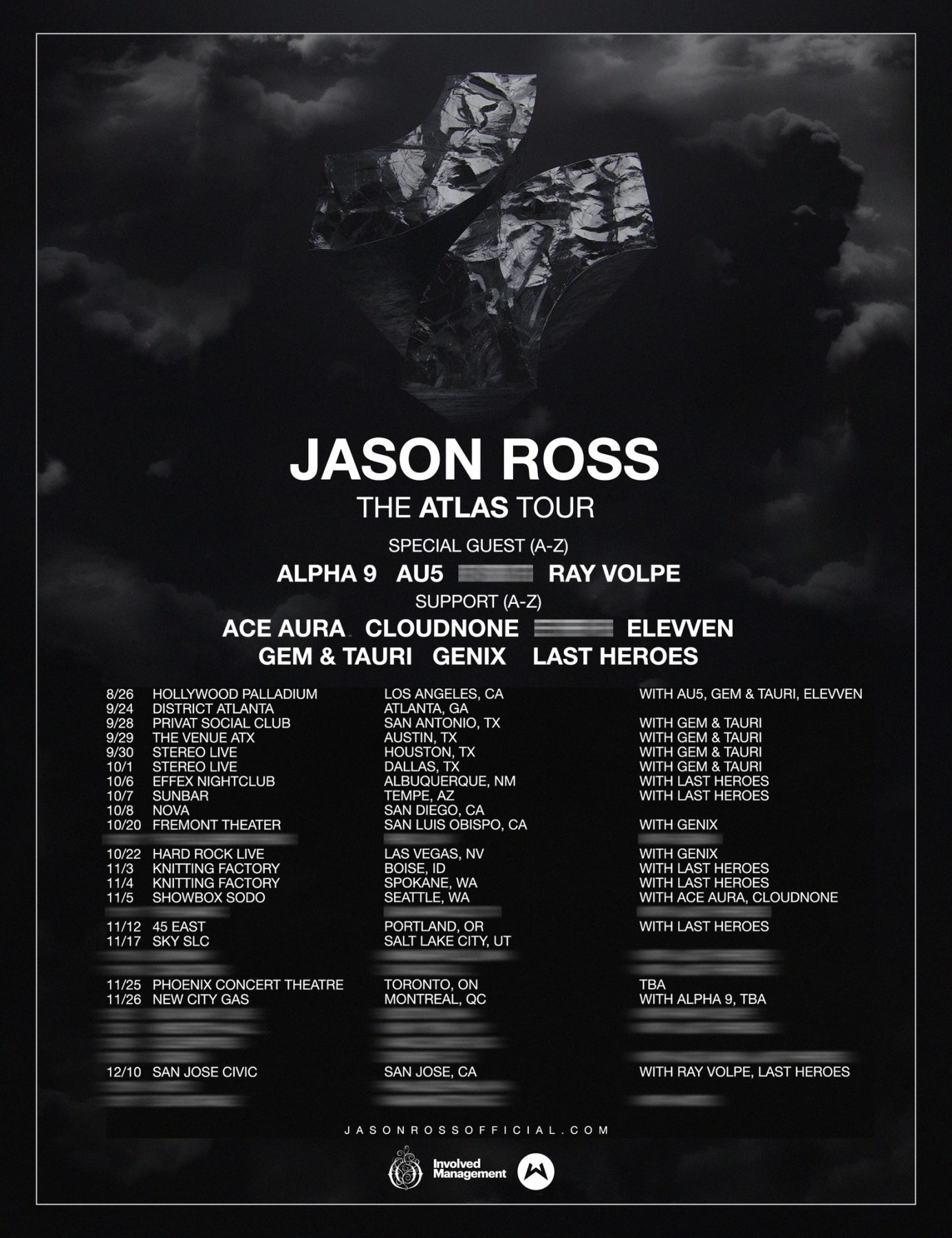 All images from Jason Ross

DESTRUCTO Bringing High-Energy 'F With Me' Tour To Hollywood