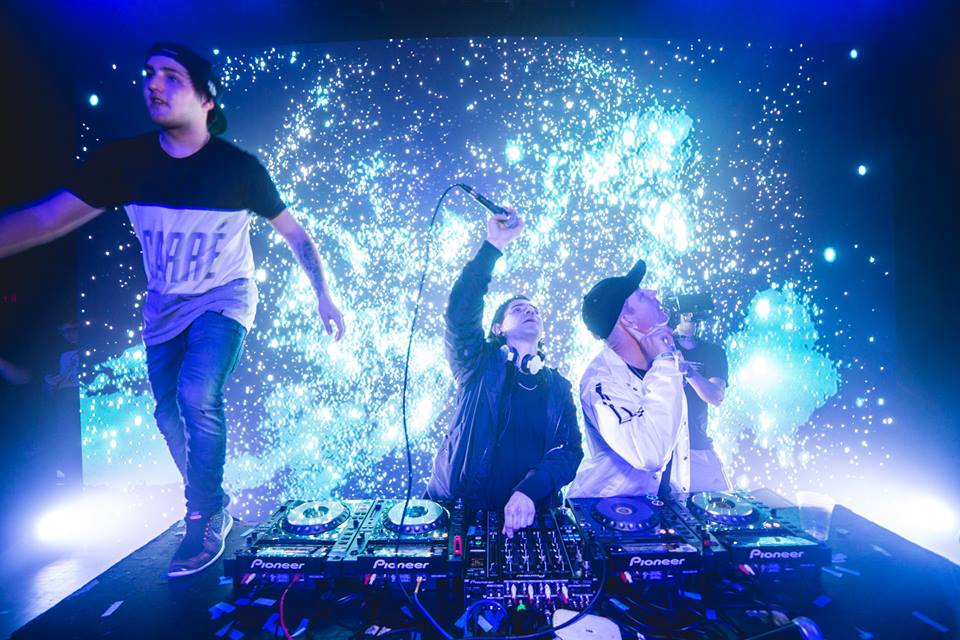 This weekend, for two nights, the Fonda Theater in Los Angeles was sold out for a “Sharksquad” takeover. Both Thursday and Friday, the venue hosted stops for The Friendzy Tour with the respected rising star DJ/producer, JAUZ. And while the show was already expected to be one for the books, it’s the exclusive B2B sets and special guests that really exceeded what any one could’ve anticipated. Thursday, fans funneled into the Fonda for the tour’s first night in LA. That night’s lineup already boasted the company of araabMUZIK and AWE, but the real surprise was when JAUZ was joined for by Ookay, Borgore, Snails, Marshmello & Getter. Fans were enthralled by the special set, which can be observed below in a clip JAUZ himself shared following his Thursday night show.

Then, after shutting it down the night before, JAUZ returned Friday for yet another sold out show. This time, the excitement was in full effect. Following the proof of Thursday’s throw down on the decks, fans were even more eager to get the Friendzy experience. No one could have imagined that the second night would produce another equally astounding exclusive, which is why it was all the more incredible. Alvin Risk and ARYAY opened, then came JAUZ, then came a guest appearance by Waka Flocka that got the crowd pumped. And then came the B2B set that blew fans away when JAUZ welcomed Jack Ü, Marshmello, Ookay, Kill The Noise, Getter, What So Not & TJR! Obviously, attendees walked away with memories of an awesome EDM experience at the Fonda, and thanks to JAUZ you can too! Check out the clip he shared of Friday night’s B2B set below, and be sure to grab tickets here for the next stop on the Friendzy tour near you!