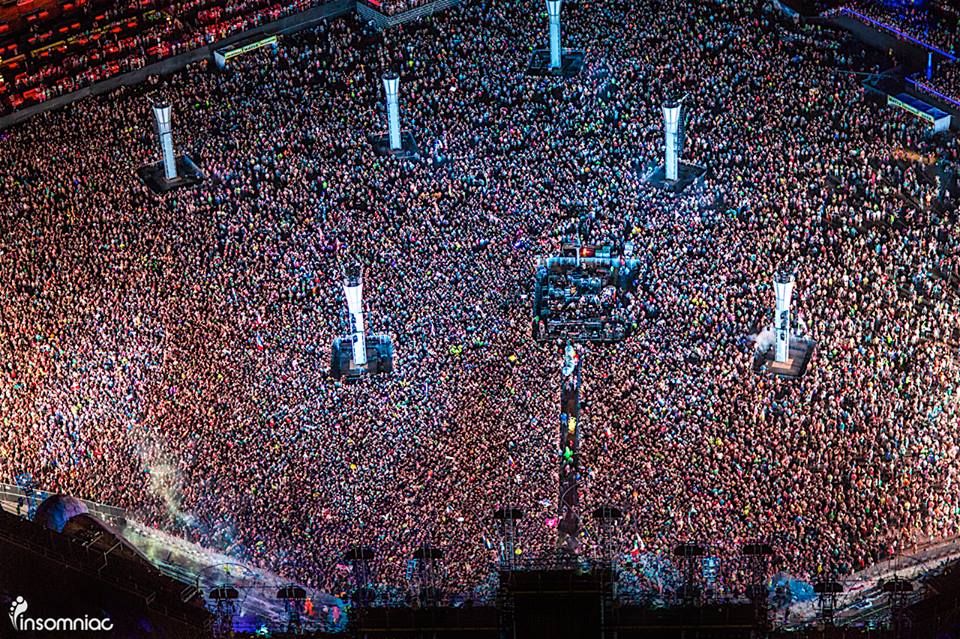 Everything that has a beginning has an end. I first heard this ominous quote in the final installment of the Matrix trilogy, ‘The Matrix Revolutions”. Considering the subpar nature of that film (it’s only necessary to see the first ‘Matrix’, trust me), its possible those eight words are the only thing worth taking away from it. It may seem bleak but everything does indeed end even if it’s something you thought would last forever.

Well there’s something that every raver thought would never end, and that something is the utter dominance of EDM. For years the scene has experienced nothing but growth, with festival attendance skyrocketing and electronic music receiving serious mainstream attention. Unfortunately, just like everything else, this period is slowly coming to an end.

This is not a reason to fret though, the good times aren’t going anywhere. In fact it may be hard to believe, but times will be getting even better soon. Here are a few reasons why.

One thing that was forgotten for a long time during EDM’s phoenix-like ascension was the original purpose of the DJ. Before DJs were super stars and more people paid attention to their Twitter feeds than their actual skill behind the decks, a DJ was what people paid attention to least. Electronic music was born in grimy dance clubs and dirty warehouses, and while the music was an important part of these environments, it was not the main attraction. See before Spotify and Soundcloud, the only way for people to hear electronic dance music was on their home speakers if they bought records, or in one of those places, and unless your home studio had speakers worth thousands of dollars, there’s no other place you could have heard it at such volume. So when people came to those dance clubs and warehouses, it didn’t matter who was actually spinning the records, the people were just happy they were hearing house music played that loud. No-one was glaring at the DJ. Most of the time there wasn’t even a stage. With this lack of focus on the DJ, the real main attraction in these environments was revealed: the people. Interacting with people. Dancing with people. That was the reason people came to these places, and that trend is beginning to resurface in the scene. As the EDM bubble begins to burst, the general amount of attention towards these DJs declines, but the popularity of the events themselves remains. People still love going to raves, but more and more people are starting to dance with each other instead of pretending to dance with the DJ. That’s why the more mellow styles of electronic music like techno and tech house are increasing in popularity as well. If a DJ is spinning tech house, they’ll never jump on the table and they’ll never ask you to “make some noise.” In fact, it’s incredibly rare when a tech house DJ even says one word during their set. Those DJs don’t do any performing, and yet people still have the best time of their life listening to their sets. That’s because almost all the fun comes from being there with the people around you.

The popularity of interaction at electronic music events couldn’t increase the way it has if the community itself wasn’t generally becoming more like-minded. See, when EDM was the most popular thing on the Earth, everyone wanted to be involved simply for the sake of it. Raves were the cool new thing to try, and so many new events started popping up to cope with the massive demand. Overall, this was a great thing for the rave scene. So many new artists were able to succeed because of the elevated status of electronic music, and a whole new community of people were introduced to a new type of music. However, this also means that there were thousands of stragglers that came along for the ride. It happens with every fad. All the people who are there just to say they were there, but as soon as something new comes along, their interest fades and they move on. This is probably the best case scenario for the people who truly love electronic music and the scene surrounding it. Now when you go to raves the chances that you’re dancing next to someone who shares your passion for the music are higher than ever while the chances that you run into some douche who got way too drunk to try and cope with the fact that he’s having a terrible time are steadily declining. It’s the same thing as when people would say dubstep is dead. Well dubstep, like every single genre of music that’s ever been invented, is alive and well. The only thing that changed is the amount of hype surrounding it. At dubstep shows these days, the crowd is full of dubheads who truly love the bass as opposed to a bunch of people who’ve only heard Skrillex’s remix of “Cinema.” Soon the same will be true for all genres of electronic music, and dance floors will be enjoyed to the fullest once more.

You could pretty much ask anyone who has been making electronic music before 2010 and they’ll say they don’t make EDM. It doesn’t matter if the music they make sounds almost exactly like what they consider EDM, they’ll vehemently deny any connection to the notorious abbreviation. Just the other day Jeremy Olander retweeted a quote Lane 8 posted from the legendary Dave Clarke, one part of which stated:

“House was always about a slow build-up of drums taking you somewhere. With EDM it’s not about taking you anywhere, it’s about telling everyone what a great time you’re having”.

Now all three names involved in my eyes reading that quote (Jeremy Olander, Lane 8, Dave Clarke) can be found on the same lineups as EDM giants like Avicii, so why are they so vehemently opposed to the idea of their music being considered EDM? I mean if you take that translation literally, their music is EDM. All three of those artists hover between the subtle boundaries of techno and progressive house, and both of those genres of music are electronically produced with the intention of listeners to dance, i.e. electronic dance music. Yet they continue to reject the term because those three letters have nothing to do with the literal translation. They have everything to do with the culture surrounding the explosion of EDM. All of the tragic deaths, the abuse of drugs, the pushing and shoving to the front crowd. That’s what EDM means to them.

However with EDM’s gradual descent from the spotlight, the definition of EDM is beginning to change and the culture is becoming dominated by people who are truly into the music. Large festivals like EDC Vegas and Ultra are beginning to cater to a broader sense of taste with stages like the Neon Garden and Resistance, both of which are havens for progressive house and techno. If EDM was still all about what Dave Clarke says its about, neither of those stages would exist, but people are starting to realize that EDM is more than just hype; that electronic dance music has as much value and is just as beautiful as every other genre of music.