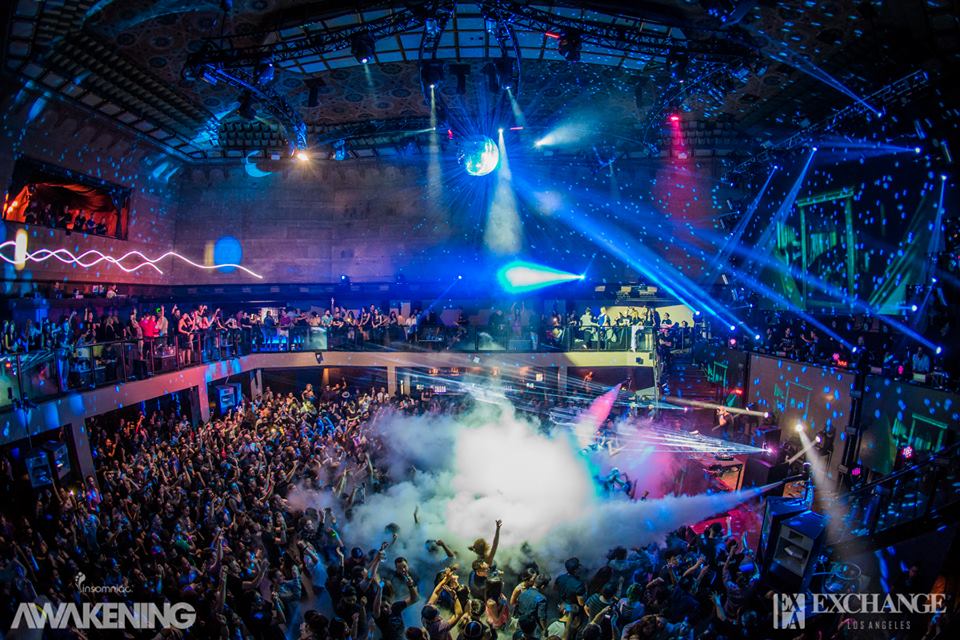 Coachella is cancelled… April Fool’s! Did I scare you? No? Well, don’t worry. The three day music festival in Indio, CA this month is almost underway and since Ultra Music Festival ended last week, the dance music community has shifted its attention towards the palm desert. But I’m here to tell you that there is far more than just Coachella in Southern California in April. From trance to trap, there’s something for everybody in LA this month. And for those of you who can’t afford Coachella, or couldn’t get the time off from work, a few headliners are making a stop in the City of Angels so you can get your dance on, even if you’re not camping in the desert.

Exchange nightclub has the hands down best EDM lineup this month and they’re starting it off right with a three hour extended set tonight from MAKJ, alongside Adam Auburn. Tomorrow night, Exchange will play host to a release party for the Dirtybird master himself, Claude VonStroke. And if you like Claude’s particular brand of house music, I suggest checking out Green Velvet the Saturday after. In between those two techno powerhouses comes Sander van Doorn playing on Friday April 8th, who always delivers the freshest tracks from all genres of EDM and puts on a really fun show. You can catch some hardstyle at Exchange when Headhunterz & Lady Faith hit the decks on April 15th and the Los Angeles bassheads can catch some sick trap sounds when Bro Safari, Keys n Krates, and Kennedy Jones roll into town. The trance lovers also get to enjoy the beautiful rhythms from Orjan Nilsen w/Marlo and Markus Schulz. There is also a very special Dim Mak Takeover on Saturday April 16th, and with Steve Aoki in Vegas that night, the guest DJ could be anybody. Might be fun to find out.

Create is playing host to a bunch of great EDM talent this month, about one every weekend, beginning with the trio from Cash Cash who are bringing their bigroom electric sound to LA tonight, April 1st. The next night, Sunnery James & Ryan Marciano are bringing their signature jungle sound to Create with a Sexy by Nature party that is sure to rip the roof off. You’ll be able to cut a rug the next few weekends when Thomas Gold gets up on stage Saturday April 9th, and when the dynamic duo from Firebeatz shatters our preconceived notions of dance music on Saturday April 16th. And if you like jungle terror or trap, don’t miss 4B‘s set during the last weekend of the month.

When you take a look at the Avalon event calendar this month, you might as well call it “trance city”. Sure, the Nervo sisters are playing tomorrow night, but the real party starts on Saturday April 9th, with the Coldharbour Recordings Night. You might not know any of the trance DJs on that list yet, but you will soon. Check out Fisherman & Hawkins. P.S. this is Markus Schulz’ label so you know its going to be good. They follow that up with the progressive trance sounds from Ben Gold & Protoculture playing Saturday April 16th, and end the month with a harder trance sound from Neelix & Christopher Lawrence. I’m proud to live in trance city, are you?

And when you take a look at the Sound event calendar, you might as well call it the Yuma Tent. There are at least 6 different artists who are playing both Sound and Coachella this year including the likes of Amine Edge & Dance, Tensnake, Nora en Pure, Black Coffee, John Digweed, and the dirtybird protege Justin Martin. It’s also going to be his birthday party and who doesn’t want to celebrate a DJs birthday with them?

Unlike last month where there were EDM shows scattered across all theater venues, there seems to be a shortage of good shows this month. That being said, the Hollywood Palladium is playing host to two large-scale Insomniac backed productions this weekend. The first being Dimitri Vegas & Like Mike tonight and the second being Cosmic Gate tomorrow night. Both shows are sold out and are sure to be ones for the ages. The #1 DJs in the world and a trance duo that has stood the test of time. The palladium is a great place to spend the first weekend in April.

The Fonda Theater, along with the El Rey Theatre, are being sponsored this month by Goldenvoice who are allowing a few artists from Coachella to play in LA before the festival and in between weekends. These include Miike Snow, Years & Years, Bob Moses, Savages, Alunageorge, Christine and the Queens, and Lapsley. If you can’t make it out to Indio, make it to one of these shows. #CoachellaPt.3

What used to be called “Brokechella”, now called Broke LA Music & Arts Festival, taking place on Saturday April 23rd at Imperial Studios in Los Angeles, is the closest thing you’re going to get to actually enjoying Coachella. Hosting five stages including one comedy stage, this alternate music festival in downtown LA will help mend that Coachella-less broken heart. If you can’t have fun in the desert, come have fun closer to home.

COACHELLA. That’s all that really needs to be said. Stay hydrated, stay safe.

So much to do, so little time. Is it May yet?