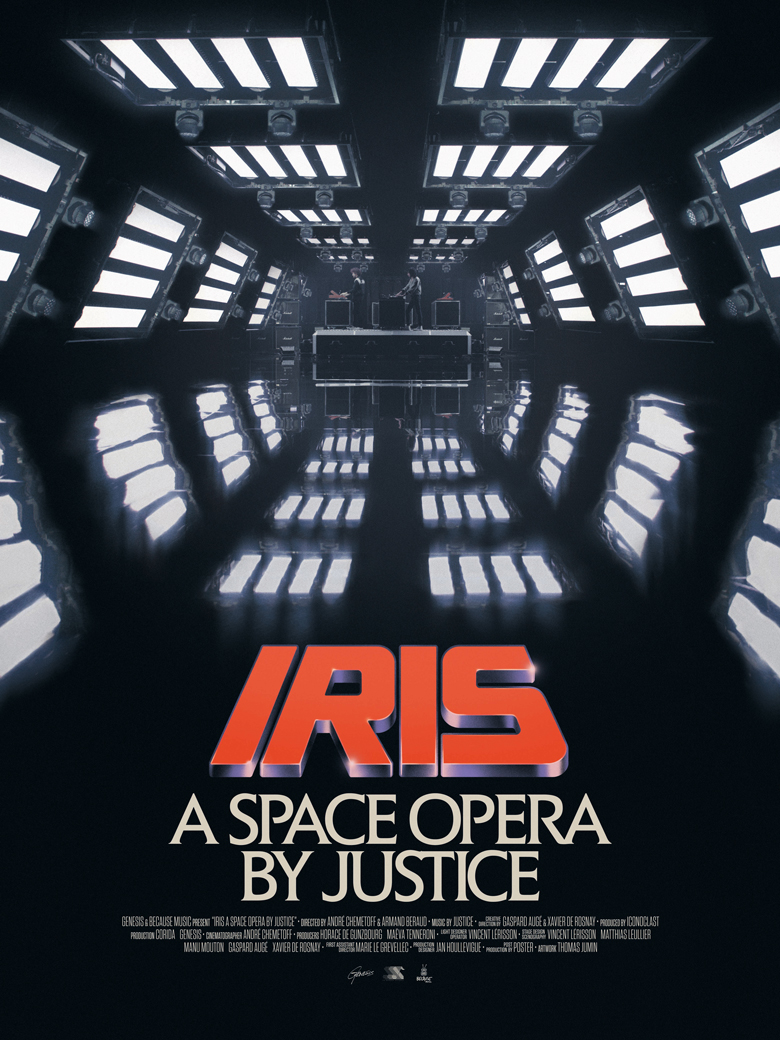 This coming September, the French-duo Justice has announced a special screening for their acclaimed film Iris: A Space Opera. Justice is a French electronic music duo that has awed us with their cinematic creations that combine visual aesthetics inspired by science fiction with electronic music to give a unique, ethereal experience. Recently, the group won a Grammy for Best Dance/Electronic Album for their album Woman Worldwide.

On September 10th, 2019 Justice has joined forces with CineLife Entertainment to showcase their film Iris: A Space Opera at theaters around the United States including New York, Los Angeles, San Diego, Austin, Denver, San Francisco, Dallas, and more. This event will take place only on one night, so be sure to get tickets to this extraordinary film in a city near you. For more, visit the website here: https://www.justice-iris.film