A Weekend for the History Books, 50 Years WOODSTOCK

Today marks the 50th Anniversary of the iconic and mother of all Festivals, WOODSTOCK !

Woodstock Festival ( Official Woodstock Music & Art Fair presents An Aquarian Exhibition – 3 Days of Peace & Music) was supposed to be 3 days of Peace and Music, but as these stories from right after the concert describe, it didn’t exactly end up that way.  In August 1969, the Woodstock Music & Art Fair took place on a dairy farm in Bethel, NY. Over 400.000 People came to a 600-acre farm to hear 32 acts (leading and emerging performers of the time) play over the course of four days (August 15-18).

Woodstock was not in Woodstock

The small town with about 6,000 inhabitants in the Catskills, a New York recreational area,
was eponym and spiritual sponsor of the legendary festival, but the music party itself took place about an hour’s drive southwest in Bethel even smaller. Every now and then signs with peace signs and white doves in the front yards and isolated stalls with batik T-shirts can be found in Bethel, but commerce is celebrated in Woodstock. 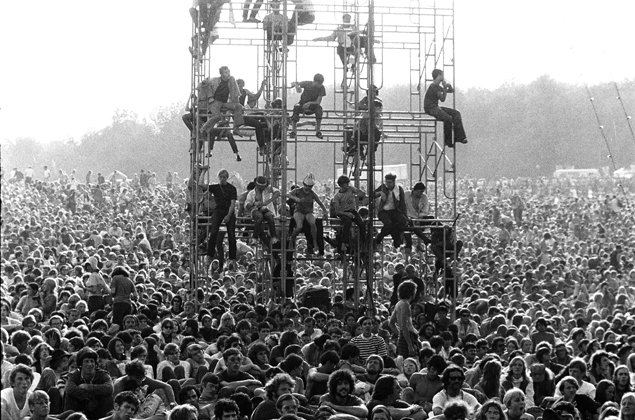 Gigantic effort , half a million people and sixty hours

There were four weeks until the planned festival kick-off, bands and stage were organized and paid,
more than 100,000 tickets sold. Presale Prices Woodstock organizers assured local authorities no more than 50 000 tickets would be sold, but the total amount of reported attendees is between 400 000 and 500 000 people. Presale Prices: Day Ticket 7$, 2 Days Ticket 13$ and 3 Days Ticket was 18$! By Wednesday, August 13, some 60,000 people had already arrived and set up camp. On Friday, the roads were so clogged with cars that performing artists had to arrive by helicopter. With the unexpected crowd, organizers failed to secure enough food suppliers for the festival. The food stall had little experience at an event of this size and was overwhelmed by attendees, The U.S Army dropped off snacks, water, medical supplies via Helicopter.

With the unexpected crowd, organizers failed to secure enough food suppliers for the festival. The food stall had little experience at an event of this size and was overwhelmed by attendees, The U.S Army dropped off snacks, water, medical supplies via Helicopter.

After all, nearly half a million people celebrate together for about 60 hours, slip through the mud,
bathe naked in the surrounding rivers and lakes, sing and indulge in music, sleep little and take many
drugs. People are in their arms, propagating free love and carefree sex. Film and photo shoot carefully planned by the organizers go around the world. Everything goes smoothly: For three days, not a single fight or any other act of violence is reported.  Security was very limited at the Festival, allowing people to express their beliefs that substances are mind expansion tools. It was reported that literally almost 100 percent of attendees smoked a joint. LSD was also very popular, which was gaining momentum at the time.

One Girl was run over by a tractor in her sleeping bag, and another died from a drug overdose. Pretty low for a disorganized event. There were also another 5000 cases involving drug overdoses, food poisoning, sore feet, and other minor injuries. 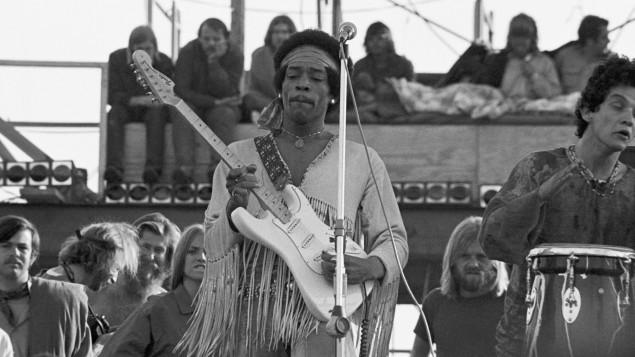 But it needs the Woodstock feeling today more urgently than ever before, says co-organizer Lang. “Many of the issues that we were worried about at the time and that we wanted to solve are back, we thought we had learned our lesson – but the past has caught up with us and we urgently need to look back and think about it.” Finally, on Monday morning Jimi Hendrix plays his very own version of the American national anthem. The spirit of Woodstock, however, lasts only briefly. One year later Hendrix and Joplin die, in 1974 also Bauer Yasgur. In 1994 and 1999, organizers are trying to launch anniversaries with new Woodstock festivals, but it’s not the same anymore.

The Woodstock event set to celebrate the 50th anniversary of the festival. Organizers had previously been planning to make the 50th Anniversary a free benefit Concert, before having to cancel it altogether!

But first and foremost the organizers are concerned with the music: Joan Baez, Canned Heat, Janis Joplin, Grateful Dead , Jefferson Airplane, Joe Cocker, Crosby, Stills & Nash (with new band member Neil Young) and Jimi Hendrix – they all come and shape the musical taste of a generation to this day with their performances. Santana did not record a single album at the time, was drugged, and Woodstock made him a superstar. “The best $ 1,500 I’ve ever invested,” says Lang. Even pop bands like,, The Who, are there.

Here’s the Woodstock concert lineup from those few memorable days 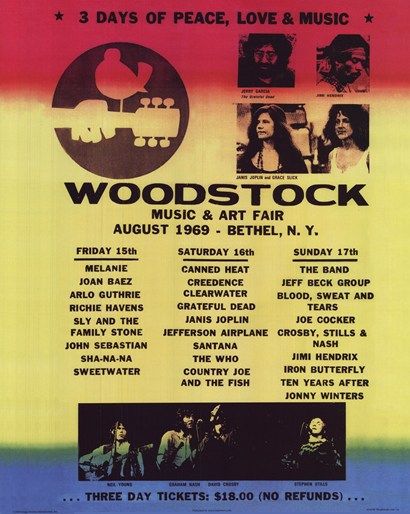 Michael Lang, one of four young men who formed Woodstock Ventures to produce the festival, “
That’s what means the most to me – the connection to one another felt by all of us who worked on
the festival, all those who came to it, and the millions who couldn’t be there but were touched by it.”

Woodstock is known as one of the greatest happenings of all time and perhaps the most pivotal moment in music history. Four days of music… half a million people… rain and the rest is history.

Author
Daniel Mostögl
Hi, I am Daniel from the heart of Europe, Austria ! In Love with all Genres of EDM, and an absolute Freak when it comes to Festivals ! See u on the Dance Floor ;)
Previous Article