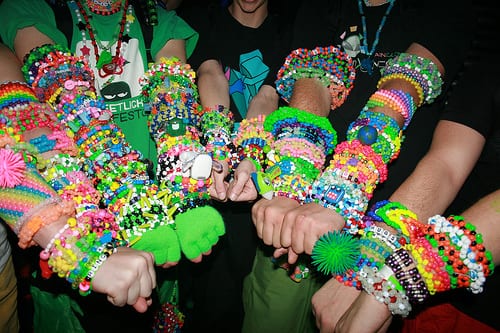 On September 14th, Kaskade kicked off his Atmosphere tour in Miami at the American Airlines Arena. On the list of banned items includes plush toys, and Kandi. Shortly following the list of banned items, Kasakde took to Twitter in the defense of the Kandi kids, explaining there’s should be no correlation between Kandi kids and drug use. In our eyes it has always been seen as a sort of self-expression and extension of one’s self — typically those closely involved and attached to the music.

Update: Kaskade was able to contact the venue and the prohibited items meant “Candy” and actual “Kandi” was allowed.

Check out Kaskade’s tweets below: