Kaskade Kicks Off LA Takeover With Pop Up Shop, Anticipation Builds For #KaskadeLA

Kaskade fans in Los Angeles will be happy to know that the takeover will not just be limited to his 2 performances this weekend.

A special Pop Up Shop will open tomorrow at 410 N. Fairfax Ave in West Hollywood that will feature exclusive Kaskade merchandise, Mark Owens photography, and live performances from local DJs. Open everyday from 12 Noon – 8PM until Saturday the 7th, fans can expect the man himself to swing by at some point! 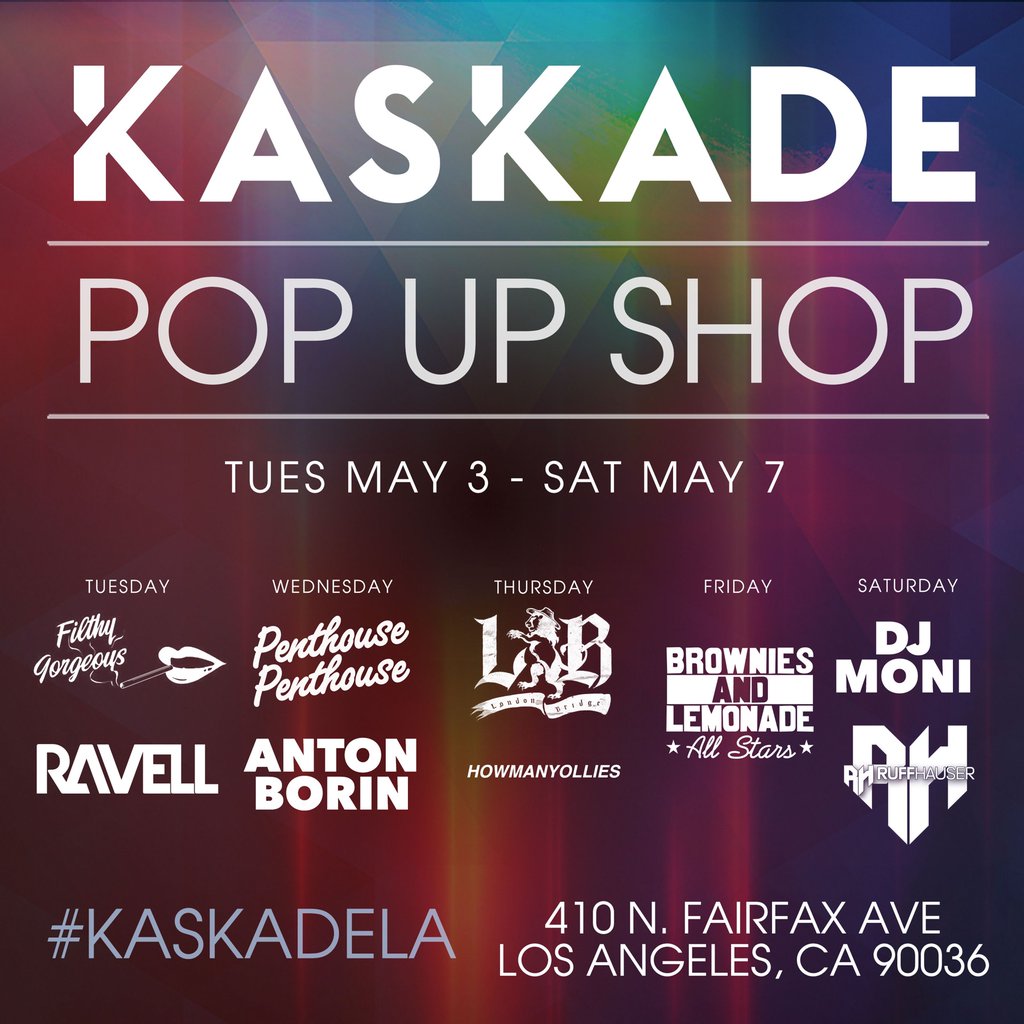 It all started with the announcement of his legendary concert at the Los Angeles Convention Center, a venue at which no dance music event has ever taken place in the 45 years it’s been in business. The show, scheduled for May 7th, will be Kaskade’s largest solo headlining date of his career. Insomniac and Exchange LA are producing the 20K+ capacity event, which set new standards when it sold out in a matter of minutes online. But it wasn’t long before they scheduled another event, this time one of Kaskade’s “Redux” performances for the fans who appreciate his roots in house music. The “Redux” show, which also sold out in record time, will be held on May 6th at the Hollywood Palladium! 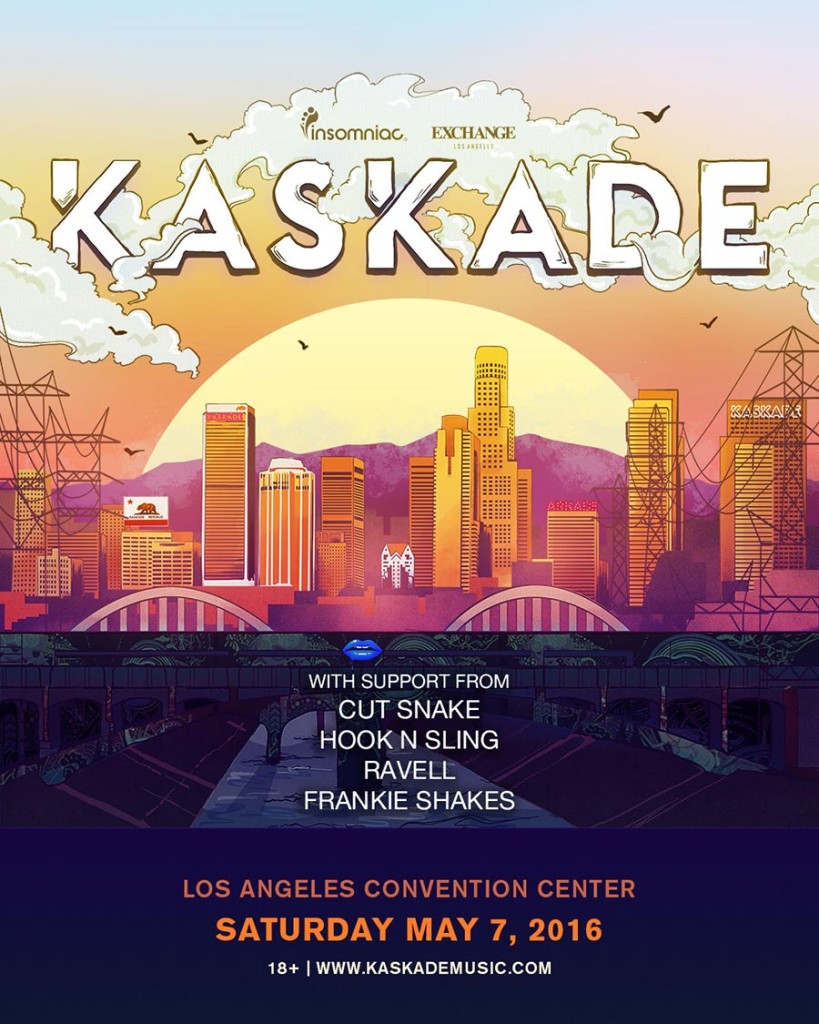 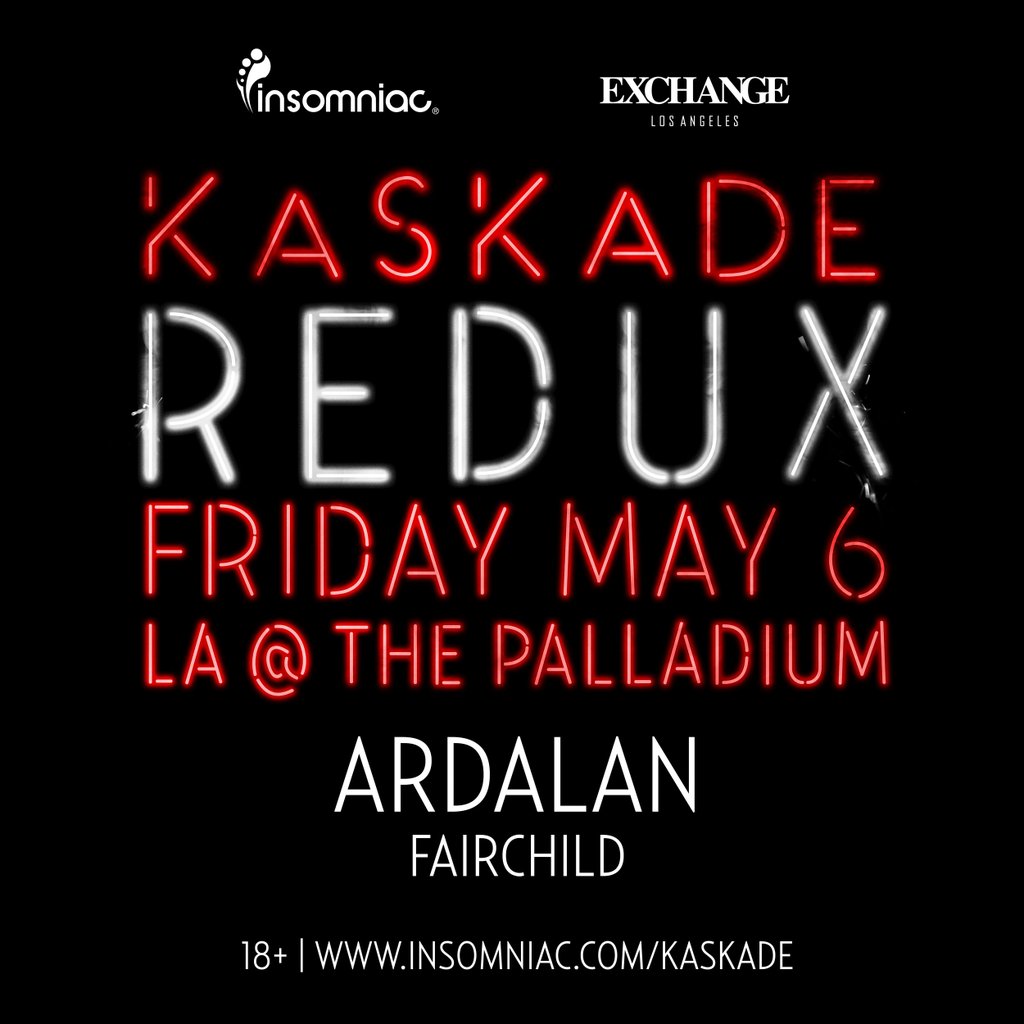 Be sure to keep up on the #KaskadeLA craze this week! Between the Pop Up Shop in West Hollywood, his “Redux” show at the Palladium, and the LACC show, there’s a chance you might spot Mr. Raddon somewhere around town! And for those of you not in the LA area, check out a list of Kaskade’s other scheduled performances here.