San Francisco finally experienced its first LED Presents event last holiday weekend, with a sold out crowd attending Finger Lickin’ at Fort Mason. Entry to the event was quick and smooth, as we waited to enter one could see the Bay Area’s Plur Angels, about 30 volunteers strong all wearing neon green tank-tops waiting outside. The group is a safety program started by the PLUR Alliance, and attends just about every Bay Area event. Similar to Insomniac Event’s Ground Control Crew they mingle with fellow ravers making sure everybody is healthy, hydrated and most of all having fun! 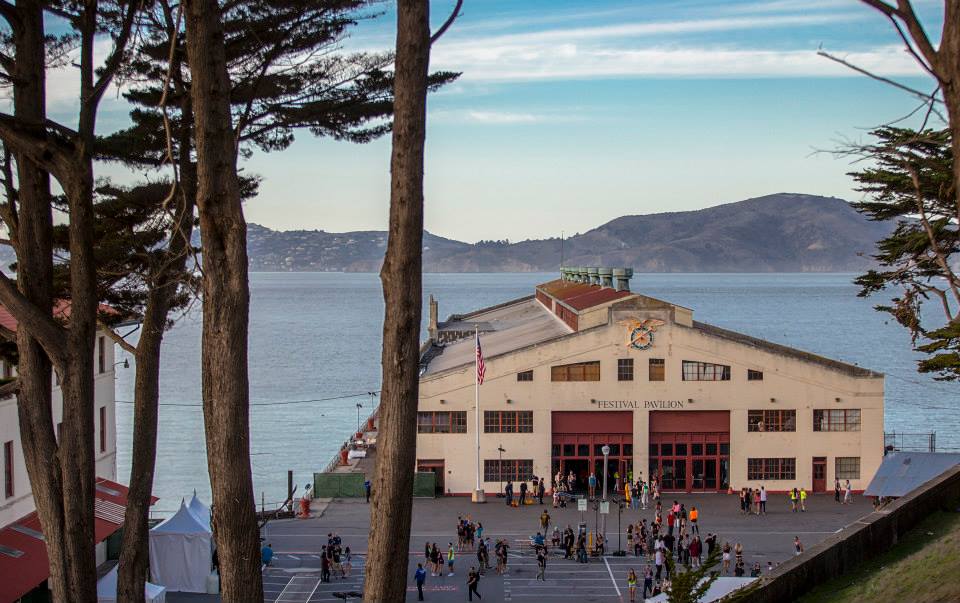 Once inside, we had to take a minute to stand back and admire the beautiful venue. We could hear WhiteNoize nearing the end of their set warming up the crowd, but could barely see them at the end of the 481’ long building. With a similar feel to an Insomniac Tent, but larger, metal and an actual building, LED had decked out the 102 year old pavilion boasting a beautiful LED wall spanning the width of the building, two lasers, and an amazing sound system that seemed to compliment the venue perfectly. Outside was the smoking area and bathrooms, but this wasn’t just any patio. This patio was directly on the San Francisco Bay, stretching the length of the building and around the corner it featured fresh ocean breeze combined with stunning views of the Golden Gate Bridge, and Alcatraz. What more could you ask for?

We came back inside as DJ Green Lantern stepped on the decks, delivering his style of trap and rap. The crowd was still piling in as he delivered tracks including his remix of “Know About Me” with Valentino Khan Feat. Iggy Azalea and a fun trap version of “Still Dre.” As his set came towards an end, he went on the mic and announced to us the next track is a new collaboration with Future, asking the crowd “No Cell Phone’s Please.” He went on to say, “If you came in with your best friend hold your best friends hand up right now” bringing the crowd together as he wrapped the set up.

After a quick switch TJR stepped up to the stage, immediately displaying his skills as a DJ in his intro hitting the decks scratching. Constantly wiping the sweat off his shiny, shaved head, TJR delivered non-stop energy and dancing for all, dropping tracks from his edit of Will Spark’s “Ah Yeah” to Showtek & Justin Prime’s “Cannonball.” Mid-way through set, mixing up the bounce sound of TJR, he dropped trap remixes of Borgeous & DVBBS’s “Tsunami” into the Carnage Festival Trap Remix of Hardwell’s “Spaceman.” Back to the bounce, he wrapped up his set in true TJR style dropping his “What’s Up Suckaz” and the classic “Ode to Oi” we all were waiting for. 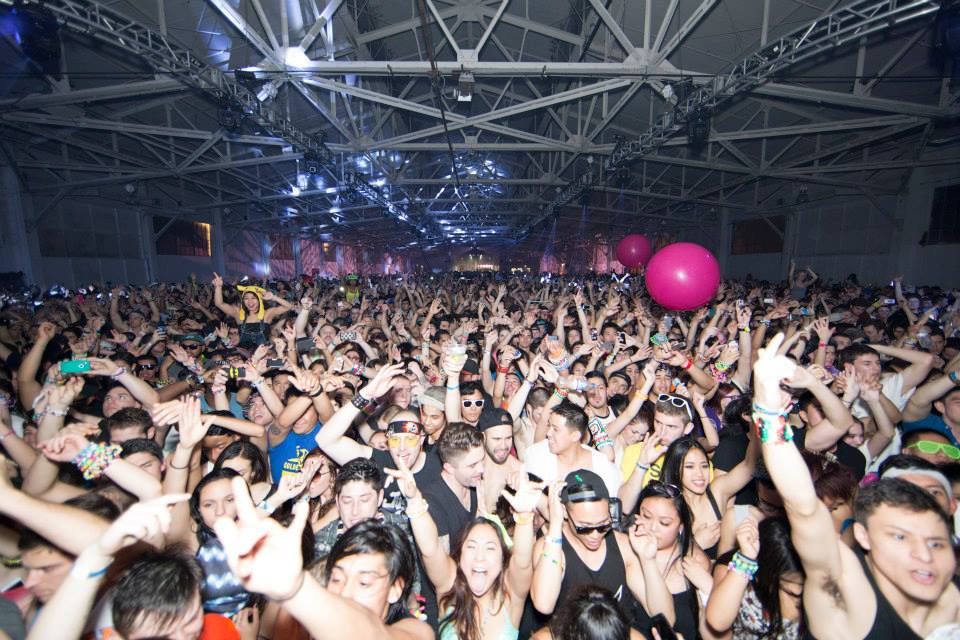 It was 6:30 and background music played as we prepared for the DJ change, anxious ravers waiting for DJ SNAKE who held the next time slot. 6:45 came and went with no explanation, and finally at 7 Adventure Club came on and banished the filler music. The Canadian Duo played many of their new tracks including “We Are One” and “Rise & Fall,” both collaboration’s with Krewella. Everyone sang along as Adventure Club played Haddaway’s classic “What Is Love” Oh baby, don’t hurt me, don’t hurt me, no more. They wrapped the set up with a song most of us can identify with this time of year, Etcetc!’s Trapped It Remix of Lana Del Ray’s, Summertime Sadness. Don’t worry, festival season and summer is approaching. We promise.

Not sure as to who we would see next, another 15 minutes passed by and the lights dimmed as the background music died. The stage remained dark, keeping everyone guessing until finally lights illuminated the deck and DJ SNAKE came on the mic greeting San Francisco ravers. He went on to play “Lunatic,” a collaboration with MERCER before venturing off from trap and into the break-acid-tech-noise of “Next Order” from Dog Blood (Skrillex & Boysnoize). DJ SNAKE ended his set with a few familiar tracks of his, the famous “Bird Machine” and recent collaboration with Dillon Francis “Get Low.” Everyone got “turnt.”

Finally it was the moment most of us had come for, headliner Laidback Luke made his way to the decks at 9:15. Instantly displaying his master mixing skills, the number of song’s this DJ manages to fit into a set is absolutely mind blowing. The temperature rose as the front half of the building was packed full, everyone crowded forward to dance to the unique beats of Laidback Luke. In the first several minutes he delivered a variety of tracks from “Bassline” by GetSome Feat. Get Along Game, into Tujamo’s “Hey Mister,” throwing in “Killing In The Name” by Rage Against The Machine bringing the crowd to sing along. 10 O’clock approached and Luke showed no signs of slowing down, continuing to perfectly mix his collaboration with Steve Aoki Feat. Lil John “Turbulence” into Martin Garrix’s Edit of Bassjacker’s “Crackin.” Next up, Hip Hop. Snoop Dogg’s “Gin and Juice” played and we all sang along, making clever use of its “laidback” lyrics. Before going back to EDM, Luke dropped the chorus from Eve’s “Let Me Blow Ya Mind” Feat. Gwen Stefani letting us all know what we were in for. As scheduled the show should have ended at 10, but it was 10:25 and Laidback Luke was still going at it. The end of his set included the old but unforgettable “Heaven” from DJ Sammy & Yanou feat. Do once again uniting the ravers under song singing, Baby you’re all that I want, when you’re lyin’ here in my arms. I’m findin’ it hard to believe, we’re in heaven. We were in heaven.

All in all LED Presents delivered an amazing show first show in the Bay Area, with minor inconveniences being made up for with spectacular performances from all the DJ’s and Laidback Luke even staying an extra 30 minutes past the scheduled event ending time. The sold out show at the beautiful bay-side Fort Mason Pavilion proved San Francisco and Northern California in general is ready for more massive’s like Finger Lickin’. We look forward to future shows at Fort Mason and from LED Presents, and want to thank the DJ’s and everyone involved efforts that went towards an unforgettable evening!

Interview with Lady Faith - Appearing at The Sound of Q-Dance March 8th!