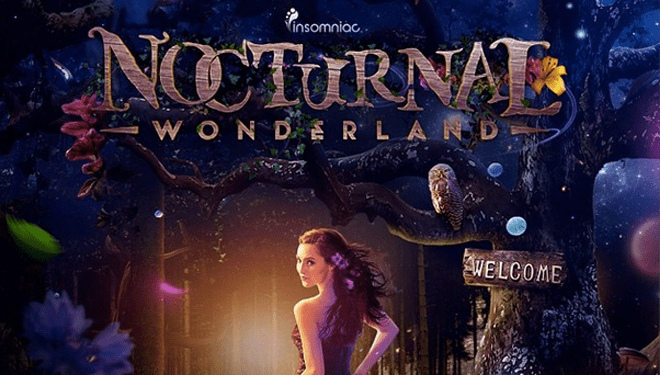 The 19th annual Nocturnal Wonderland is almost here. It’s Sept. 5th and 6th at San Manuel Amphitheatre in San Bernardino. I had the pleasure of attending the first ever Nocturnal back in 1998 at the NOS Event Center – formerly known as the Orange Show. I remember climbing up speaker stacks, and the party taking place in the hangars. It was crazy. A lot has changed since then.  One thing that’s remained constant – a few legendary DJ’s who are still playing today. Some of these living legends will be returning to Nocturnal this year. Yes, some new up and coming artists will be there like 3LAU, Dyro and many more. But also performing are: Bad Boy Bill, Donald Glaude, DJ Dan, and Charles Feelgood. If you don’t know who they are, let’s take a walk down EDM Lane for a little history lesson.

House Connection….or Banging the Box CD’s. Did you ever own one or come across one? That’s what hooked me. House music from Chicago courtesy of Bad Boy Bill. His scratching is on par with A-Trak – one could argue he’s even more talented when it comes to his skills! You have to see to believe. He was named America’s Favorite DJ by BPM Magazine in 2003. BBB has evolved his music to adapt to the various changes over the years. I highly suggest checking him out.

I call him the West Coast Godfather of HOUSE MUSIC. His energy is infectious. His music will make you move and groove. The best part – he is getting down with you. I have so many memories of going to see Donald, and Dj Dan and the Funky Techno Tribe at HomeBase in Oakland. Those were epic parties.

If you can get close enough to the stage at Nocturnal – DO IT. Watch him headbang and whip his dreadlocks back and forth and scream “Put your fucking hands up.” He can scratch, mix and throw down with the best of them. He is what new risings acts should aspire to. Besides, I’ve met him before and he has nothing but love to give. He’s an amazing person. DON’T MISS THIS SET.

Going to college in San Francisco, DJ Dan was a staple in the rave scene in the 90’s and early 2000’s. His track, “Needle Damage”, always gets me hyped up. He is a house music legend and continues to be a leader in the dance scene. He combines breakbeat, house, techno and other genres flawlessly. I could go on and on and on. When I saw him at EDC 2011 in Vegas in the Heineken tent – I had tears of joy and flashbacks to my days of going to underground parties where he would be. He was just as good this year at EDC Vegas! He’s my house music hero. I promise you won’t stop dancing to his set!

He is a throwback to classic house music. He comes from the Baltimore/Washington DC dance scene and rose to fame in the 80’s becoming a staple at nearly every big festival or underground party from coast to coast.  He’s played at nearly every club imaginable and showcases his funky, disco vibe. He exudes fun and will definitely give you a case of the feels with his music.

These four legends will also be joined by Mark Farina, who is a legend in his own right. His jazzy, house sound will have you dancing all night long. I would make it a point to see this set.

As someone who was been in the scene for 16 years now, I’m thrilled that these legends will be playing at Nocturnal Wonderland. I’m hoping to see them all on one stage – and I wouldn’t move all night from my spot! It’s like a blast from the past – but much more improved. Yes you can see Martin Garrix play a remix of Animals, but he wouldn’t have got to where he is without these true legends laying the ground work. So, when you make your Nocturnal schedule, be sure to add these legends to the mix. Trust me.