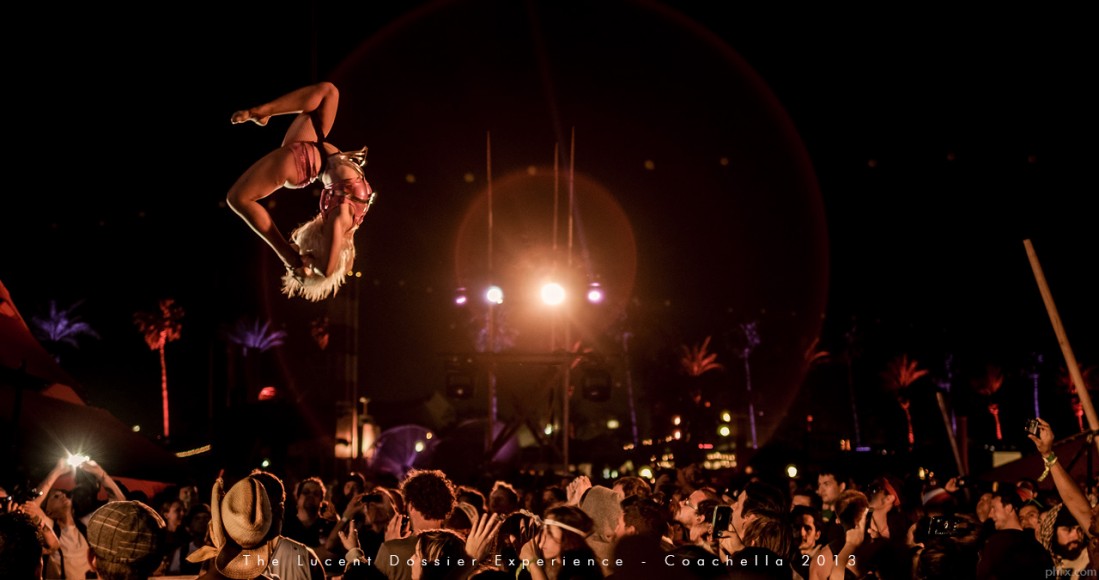 Celebrating it’s 10th year at the Coachella Valley Music + Arts Festival is the avant-garde performance troupe LUCENT DOSSIER EXPERIENCE. Described as the “greatest show on earth” by VOGUE magazine, the LA-based creative entertainment experience combines live music with the stunning visuals of dancers, aerialists, and fire shows. Recently, the group announced an exclusive unveiling of “never-before-seen” technology scheduled for Coachella 2016. According to the press release, festival-goers can expect to be transported through an “other-worldly vortex of curiosity.”

And, if you don’t catch the LUCENT DOSSIER EXPERIENCE at Coachella, they’ve also announced an upcoming performance this May on the main stage at DOLAB Presents: Lightning In A Bottle over Memorial Day Weekend.

For a preview of the LUCENT DOSSIER EXPERIENCE, check out their teaser video below: