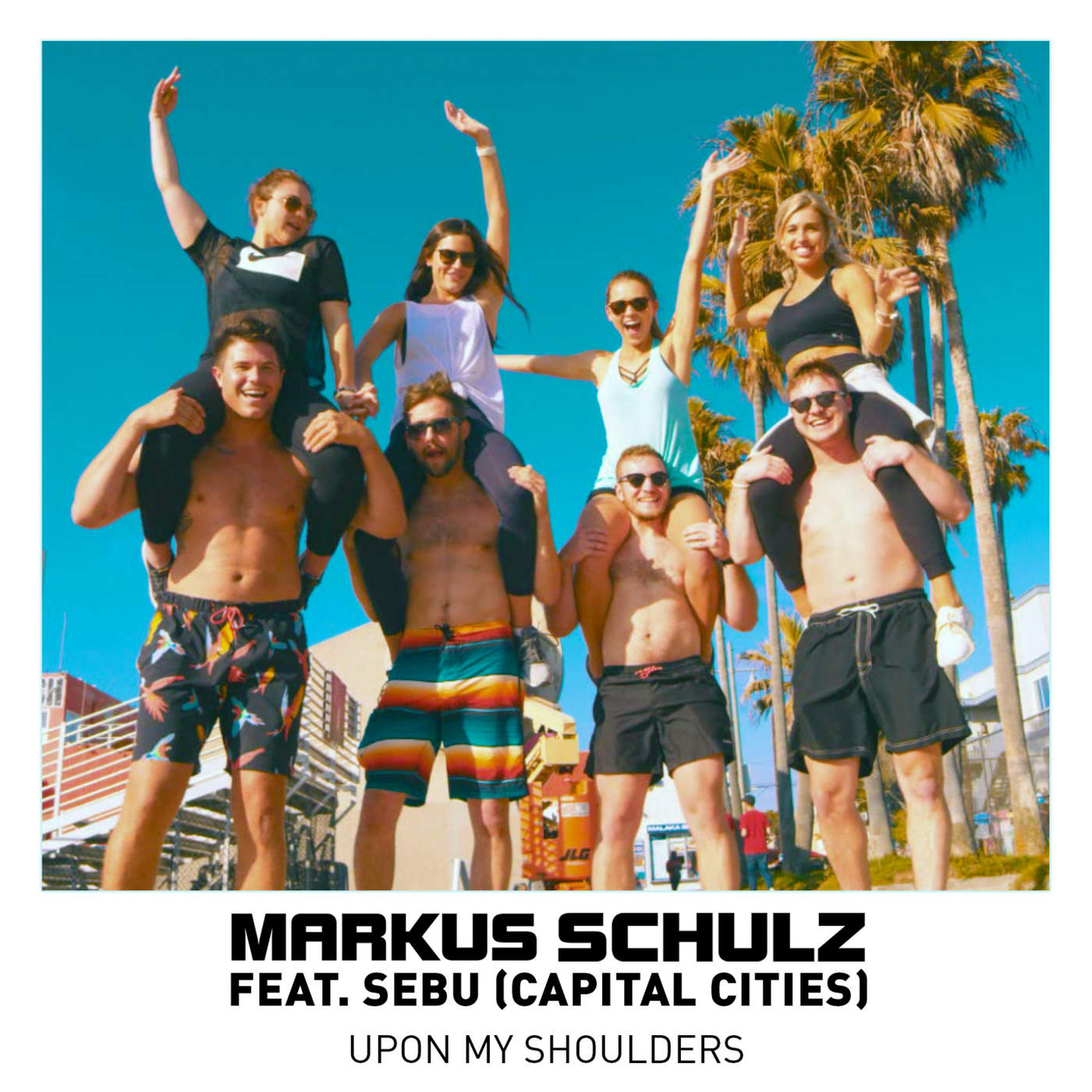 We can always expect trance legend Markus Schulz to produce the unexpected. Schulz has finally released his most summery track yet. Just yesterday, he showed the world “Upon my Shoulders” which features Capital Cities’ Sebu. This song perfectly exudes his magical touch of trance while also bringing in a touch of pop rock in the chorus.

Although us fans usually don’t know the stories behind these wonderful tracks, were lucky to have a small inside scoop of where the idea for this record came from. The idea came shortly after his mainstage set at Tomorrowland over a year ago. Schulz states,

“As a DJ, when you look out across an audience like Tomorrowland’s and you see hundreds – thousands maybe, of people carrying others on the shoulders. It’s a powerful and stimulating and unifying sight, which sparks the imagination endlessly. Every one of those guys & girls has a connection with the other – a friendship and a story that – very likely – goes way, way beyond the physical bounds of the event. That thought, along with that unbeatable ‘upon your shoulders’ / ‘nothing can touch me’ feeling became something I really had to capture in a piece of music”.

In terms of finding the perfect voice for the soundtrack, Schulz knew he had a voice in mind but he couldn’t put a finger on the name. He focused solely on the lyrical touch of the singer and a connection to the main theme of the song. While in Los Angeles with this crew, he heard the song “One Minute More” by Capital Cities’ come on the radio, and immediately realized. He knew the voice he was looking for was right in front of him, and that was the voice of frontman Sebu of the duo Capital Cities’.

Schulz was just announced as a phase 1  headliner for Groove Cruise 2019 which will take off from his hometown in south Florida in early January. ” Upon my Shoulders” is the first song off his upcoming LP We Are The Light.

Check out the new track below!