Eclectic Events has always been a hands-on team that has worked tirelessly to build a stronger dance music community in California’s Central Valley by showcasing both rising and top-tier talent. Founded in 2013 by Brandon Caballero, Gonzalo Suarez & Jarret Brooks, Eclectic Events’ mission has always been the same, “to entertain, bring value for guests, and curate an event that will bring joy and happiness to Eclectic Events’ community and followers.”

The Eclectic idea began in 2011 when Brandon Caballero first saw an EDC LA promo video. After seeing that video, Brandon fell in love with electronic dance music. He teamed up with his neighbor and later to be business partner Gonzalo Suarez, and started Eclectic Events in 2013. Although they didn’t really know what they were getting themselves into, both Brandon and Gonzalo had the same idea; to host smaller events that focused on building and being part of the community. The lifestyle and culture of electronic dance music are what resonate most with the Eclectic family and especially to Brandon Caballero, who suffered from a brain aneurysm in both 2003 and 2010. Through these challenging times, Brandon learned that the ability to create joy and bring people together is what he wanted to do, and set forth to accomplish just that.

In 2014, Eclectic Events added its third and final co-founder, Jarret Brooks. Upon hiring Brooks, Eclectic Events started to host its own shows. The team organized local raves for just $10 and branded their raves as ‘Eclectic.’ The raves were always received in high regard from anyone who attended the event who often put an emphasis on the continuous high energy and energetic atmosphere that was shown throughout the event. Since the team first started throwing local raves, they quickly moved on to sold-out paint and foam parties and later began working with some of the largest names in the dance music community. Through the years since Eclectic Events was first established, the team has continued to break boundaries, build relationships and grow their brand. As Brandon Caballero puts it,

Over the years, Brandon and the Eclectic Events team have been able to work with Subtronics, Carnage, Boombox Cartel, Blunts and Blondes, and Rusko. When COVID-19 first began to sweep across the globe, Eclectic Events (like every other event company), were forced to shut down its operations. Instead of folding, Eclectic Events was able to work with various counties to host their first local drive-in concert. The show nearly sold out and featured the brand’s largest production to date. The show hosted Riot Ten, SubDocta, Yakz, and Ion!. The event allowed attendees from all over California’s Central Valley to come together for one night of safe, bass-filled fun.

Eclectic Events’ next event will be called ‘DisDance Pod Experience‘ and will be a jointly thrown POD experience with EDM Maniac. This will be Central California’s first-ever socially distant “pod rave” that will take place Saturday, April 17 from 6-10 P.M. at Hobbs Grove in Sanger, CA. Surrounded by trees and nature, this unique experience will allow fans to come together for one night of community fun under California’s starry night skies. The event will be headlined by Boombox Cartel with supporting performances from Stuca, Gawm, and Floating Species. Tickets can be bought here.

Make sure to follow Eclectic Events on Instagram to be notified of all information regarding their upcoming shows. 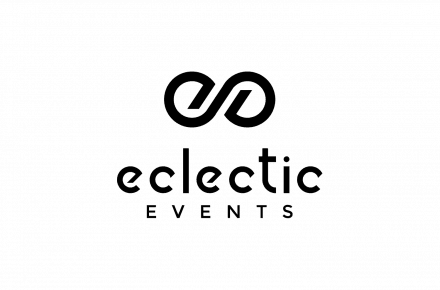 Tchami & ZHU Drop Official Music Video For 'All On Me'