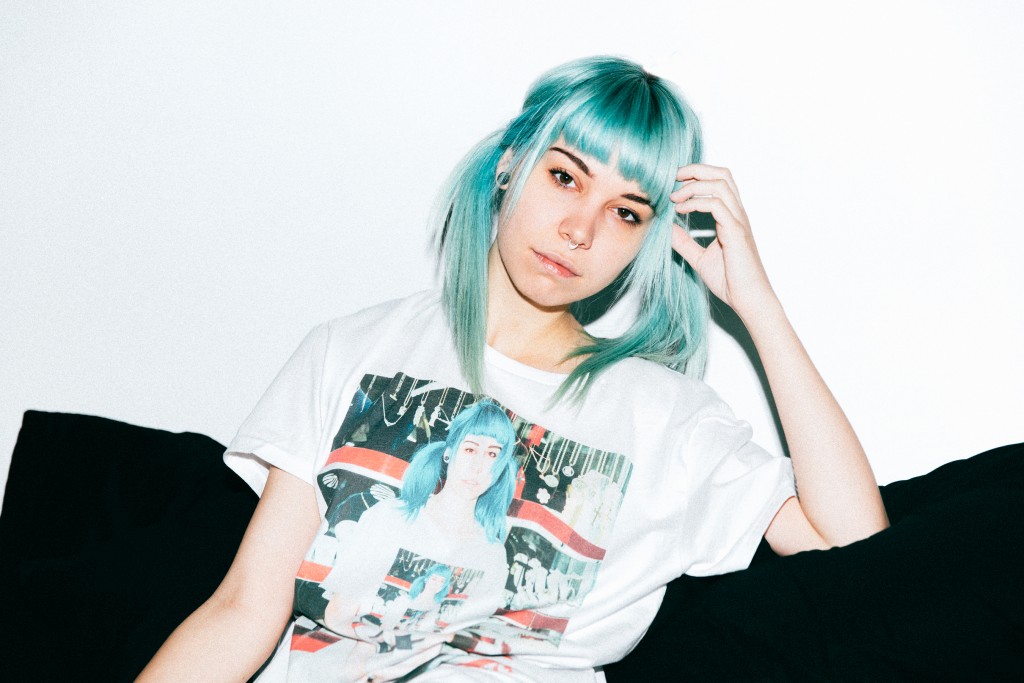 Mija Isn’t Letting Anything Define Her

For Amber Giles, self-expression has never been limited to a single mode. Taking the stage as Mija, one of EDM’s fastest rising stars, the 24-year-old refuses to confine herself to one idea, and won’t let her fans define her either. From epic hair color changes steeped in pastels and fiery reds, to her boldly and appropriately named FK A GENRE tour, Mija has become an alluring, enigmatic name in the music industry. Night to night show goers have seen her rinse dubstep tracks with Skrillex, followed by equally exciting disco funk with the guys of Chromeo, all while redefining what it means to “find your own” within the dance music community.

But even that’s a box she doesn’t want to get too comfortable in. Instead, she’s reaching into fashion with her own curated line, Made By Mija, duplicating her own unique style to create simple, thoughtfully crafted pieces.

Though Made By Mija officially launched in October of 2016, fans have eagerly awaited a Spring line launch. No confirmed date on the new line’s release, but Mija made sure to show off the brand shot-for-shot in her newest adventure-filled video for her single, “Secrets” (Available to stream on Apple Music and Spotify).

From strappy sports bras covered in the brand’s logo, to oversized, jet-black t-shirts and jumpers, the line, just like Mija, is a multi-dimensional whirlwind of all things cool. The video may be a sneak peak into what’s in store for the next spring launch, but fans can’t seem to get enough of the current collection, with pieces steadily selling out on the brand’s store website.

We can only dare to imagine what this rising star has planned for the rest of 2017.