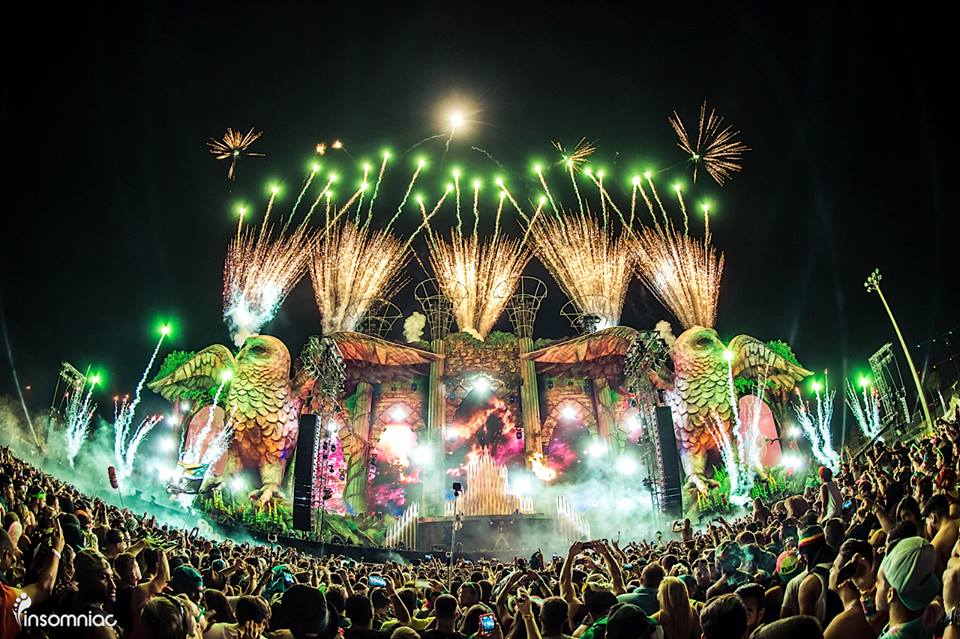 Most people are familiar with the phrase “save the best for last.” And most people have a preconceived notion that the best DJs always close out a festival. And, while this might be true some of the time, just because they’re in the top 10 in the DJ Mag Top 100 doesn’t necessarily mean that they’ll be the best set of the night. And, all too often, for one reason or another, people don’t arrive at a festival until the sun has set. Don’t get me wrong – I’m all for making it to the end of the night without crashing – but why not get your money’s worth AND see some DJs who might even blow you away more than likes of the Hardwell’s and Tiesto’s of the world? Here are five DJs who all play before 6 pm this coming weekend at EDCNY who you CANNOT miss out on!

Affiliated with both Mad Decent and Dim Mak, 4B (aka Rovert McKeon Jr) will without a doubt get the party started on Saturday. With support from some of the biggest trap DJs out there, such as DJ Snake, RL Grime, and Carnage, the NY/NJ native will bring an energized set with drop after drop. If you’ve ever been at or listened to a DJ Snake set, you’ve probably heard him drop (literally) “Drop It Again,” which is 4B’s most notable single. This is the set I will be starting my Saturday off with, and I suggest you guys do as well!

Okay, I’m sure most of you have heard of Heldens before. His rise to the top over the past couple of months has been exponential, and I guarantee that his climb will continue through the rest of 2015 and beyond. The Dutch house sensation has quite the signature sound, and loves to connect with his fans over social media. His most recent single, “Bunnydance,” came out earlier this week on Spinnin’ Records, and will be heard throughout the world at festivals this season. He plays unexpectedly early on Sunday, at 4 pm, so get to the kineticFIELD early to get up close and personal.

Techno duo Art Department, composed of Canadians Kenny Glasgow and Jonny White, are must-sees if you’ll be at EDCNY on Saturday. They typically have a very loyal fan base, but as someone who’s just started to get into their music, I suggest you catch their set. Before combining as a duo back in 2009, techno legend Glasgow and label owner White were constantly producing new and unique sounds. Check out their SoundCloud prior to their set on Saturday, and you’ll fall in love with songs such as “Crazy” and “It’s Through.”

Another duo for the trap queens and lords out there. Kenny Beats and Ryan Marks joined forced in 2009 and have snowballed into a nationally recognized force to be reckoned with. They’ve been supported by the likes of Skrillex, Paper Diamond, Dillon Francis, and Flosstradamus, and are known for insane remixes and high-energy sets. If you make it to their set on Sunday afternoon, listen for their unreleased track featuring Travis Barker called “Buena” (you can check out a preview on SoundCloud). You’ll thank me later.

Slovenian DJ UMEK (Uros Umek) has been around the dance music scene for over 20 years, producing tracks that take the techno scene by storm. He’s received many prestigious techno music awards throughout his career, such as the “Best Techno/Tech House Artist” award at the 2014 International Dance Music Awards. If you haven’t checked him out, definitely get him on your schedule for Saturday and include “Beograd” and “Let The Bass Kick” on your pre-EDCNY playlist.