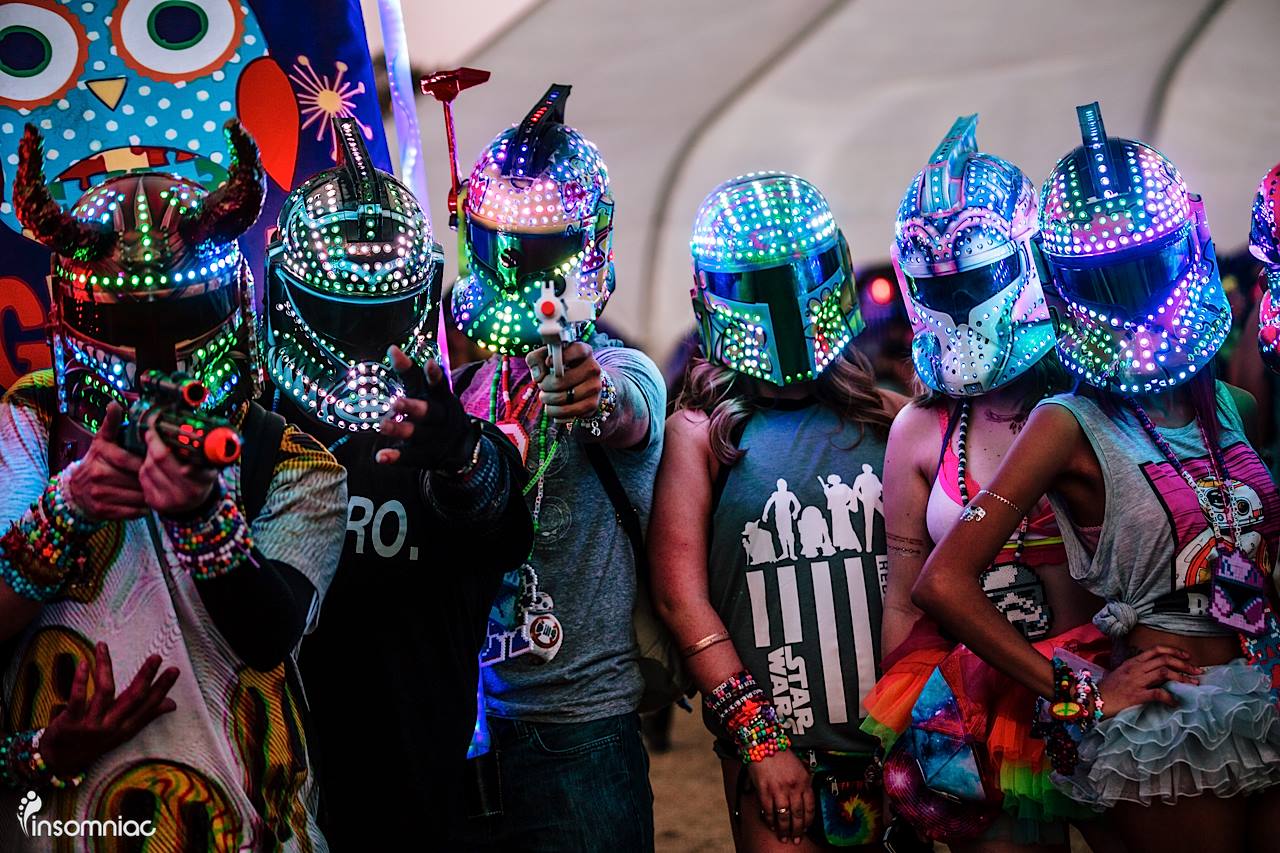 Why We Need To Thank Old School Ravers For EDM Today

It’s a Friday afternoon. The sky is clear, the grass is cut, and the gates are open at the inaugural Dirtybird Campout. As viby, bass-driven beats emanate through the freshly decorated Oak Canyon Park, cars continuously file into the campgrounds carrying with them tents, coolers, EZ-Ups, and of course the cooky band of misfits for which Dirtybird functions are known.

A 21+ age restriction curates a generally older crowd, but apart from that, there are little to no commonalities among attendees other than their affinity for funky house music. All different types of people are slowly becoming acclimated to their temporary home and making their way to the dance floor.

The diversity of the crowd is complimented by the carefree environment. Everyone at the single stage where Sacha Robotti was spinning at the moment was having the maximum amount of fun. They weren’t even slightly afraid to show it either. No one stands out for being so involved in the music because everyone is. Scanning the gradually growing group floor, only one person truly stands out. Not because of his Travolta-esque dance moves or his outfit which featured an array of beans and sequins, but his long gray beard, indicating his age to be upwards of 50 years old.

Dirtybird Campout is far from the only festival (or club show) which hosts attendees nearing their senior discount. Music is one of the few things that can inspire true dedication lasting that long, and every genre has people who have loved it since the beginning. House music came about in the 80’s, which if you can believe it, was over 30 years ago. I started getting into electronic music when I was 17, so if someone were to do the same when it was first established, that person would be nearing 50.

It might be a little awkward, especially in the generally younger nightclub scene, to see someone of that age going hard right next to you, but without the true diehard lovers of dance music, those same trendy nightclubs wouldn’t be around.

Every genre of popular music in history started out small. Granted, there were some that received catalyzing moments of popularity like when rock took over the world in the form of the Beatles on the Ed Sullivan show, but other than that music evolves within small circles. While most people are hung up on what’s popular (no shame to admit it) there are smaller groups of people experimenting with new sounds and new methods of composition. Most of these experiments fail miserably, but eventually there will be one that catches on. As humans naturally fear what they don’t understand, most people will reject the new style at first, but the small number of listeners who truly love this new style are the reason that more people will eventually pay attention. Why? Because even though people tend to fear what they don’t understand, they also tend to gather together and enjoy common interests.

Those 30 years ago, when house music was in its early stages, there was no real market for it. As a result no promoter or club owner would pay the money to rent out a respectable venue to play it. This is what lead to the association of dark, smoky rooms with house music. Those were the only kind of places where people could really come together and dance their feet off to some unce unce unce. Well, the old guy next to you at Beyond Wonderland was one of the people at those warehouses.

In case you haven’t noticed, that’s the kind of environment all nightclubs try to mimic on some level. The erratic lights, fog machines (they’re called “night”-clubs for heaven’s sake). Electronic music was born in the dark and that’s something all OG ravers understand. Say what you want about Pasquale Rotella, and his company, Insomniac Events, but he is an OG raver. That’s why his flagship festival, EDC Las Vegas, last’s from dusk ‘till dawn. He was also one of the people in those dirty warehouses and now he’s putting on the largest electronic music festival in the US. 30 years ago, dance music hit Pasquale just right and now every kandi kid who got their first rave ticket as a present for their 18th birthday is enjoying events in the same spirit.

Obviously the sprawling Las Vegas Motor Speedway is nowhere near as decrepit as the venues Pasquale was going to in his younger years, but electronic music had such a profound effect on him that he wanted to share that feeling with the entire world if he could. He couldn’t do that and keep his events off the beaten path. The idea of enjoying house music as a luxury past time is fairly new. Less than a decade ago, destinations like Vegas were not centered around clubbing at all. The main draw came from live performers like Celine Dion and Blue Man Group, and of course, the gambling. It’s because of OG ravers like Pasquale that raving was integrated into mainstream culture thus found its way into clubs.

Another important series of elderly men and women who are vital to the advancement of electronic music are the producers and DJs themselves. You may see youngins like Skrillex and Martin Garrix topping bills these days, but the genres of dance music to which they are attached would not exist without their much older counterparts.

Fact: the first two types of EDM to be heard were house and techno. That’s where you’ll find the oldest, and most influential DJs in the entire electronic spectrum. Names like Richie Hawtin, Dubfire, Carl Cox, Claude Von Stroke. Other than having quality of being an original fan of electronic music in common, older acts such as these share another important attribute: they are still heavily involved in the scene.

While the youngins may be the headliners, most of them haven’t even come close to effecting electronic music in the same manner as the 50-year-old tech DJs spinning in front of less than 100 people. That’s why so many of the younger stars can fade so quickly. They release that one big hit that the radio loves, but they become discouraged when their next single isn’t as much of a success. The older DJs have been around long enough to the point that they don’t care about being a headliner. They love the music regardless of how trendy its become, and they’ve seen first hand how electronic music can change lives for the better. Personally contributing to that, even at the smallest level, through producing and DJing is more than enough for someone who has been dedicated to the scene for years.

So the next time you end up next to an “old guy” at a festival don’t be weirded out. Introduce yourself and get to know each other! Him and his friends are the true believers in EDM. To them, this type of music and the culture surrounding it isn’t just a fad or an avenue to pick up girls. To them it’s a way of life; a way of life most people have basically borrowed until the next big thing comes rolling through. When that day comes though, you can bet that wherever that old guy may be, he’s out looking for the next dance floor.