NGHTMRE brought ‘Into the DRMVRSE’ to Red Rocks Amphitheatre on April 15 and all the bass heads in the crowd really were inside a dream.

This performance was NGHTMRE’s first-time solo-headlining Red Rocks, and during the performance, he debuted music from his still-untitled debut album. NGHTMRE, real name Tyler Marenyi, has been teasing hi fans months prior to the show putting out tweets saying “we are working on a ton of cool installations [for the show]” and he kept his promise.

The focus of his stage setup was LED panels laid out in front of his DJ tables that would read and flash “DRMVRSE” to the beat drops. Mary and his production team also brought an impressive light show with ultra-bright lasers that could undoubtedly be seen emanating above the iconic red boulders that flank the infamous auditorium.

Marenyi also brought some amazing supporting artists with him to open the show including Nitepunk, Knock2, Dimension, and Kill the Noise. Nitepunk and Knock2 started off the night with high-energy sets. Dimension made sure to keep spirits up and feet moving with a drum and bass-heavy set. His beats were quite literally bouncing off the Red Rocks.

Kill the Noise then followed, giving some dirty, nasty beat drops. Throwing down tracks from major bass artists like Sullivan King and SNAILS, Kill the Noise made sure necks were warm to headbang along to the impending headlining set from Marenyi.

When it was time for Marenyi to take the decks, he did a fantastic job of equally blending his diverse catalog of music to create a show that no one in the crowd would ever forget.. Friends and strangers alike could be seen with their arms intertwined, singing along to songs like ‘Euphoria’ and ‘GUD VIBRATIONS’ then minutes later be seen with bass faces on dancing to songs like ‘Frontlines’ and ‘Nuclear Bass Face’.

The energy at this show was immaculate from beginning to end. The heavy bass combined with an extravagant light display and lasers made for one of the best shows at Red Rocks so far this season and attendees are already eager to enter the DRMVRSE once again. 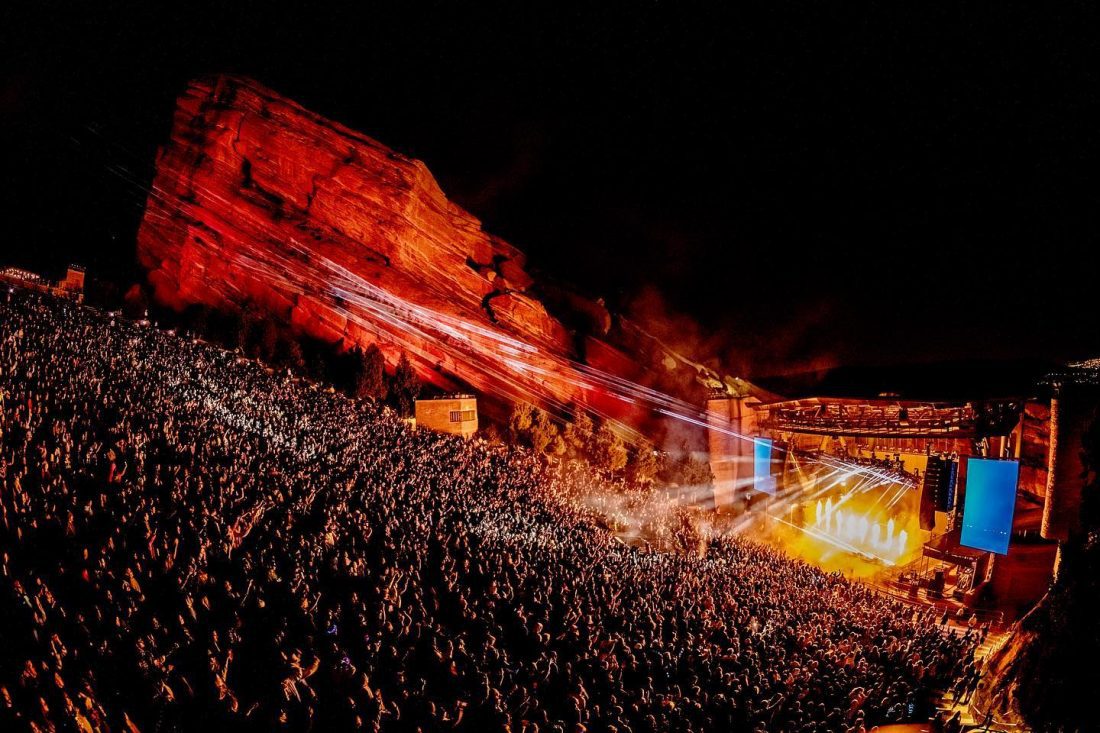 4 Strategies Bassheads Can Use To Survive A Weekend Of Headbanging