Nicky Romero is throwing an incredible Protocol 10th Anniversary showcase at Amsterdam Dance Event this year with a stacked lineup of label favorites. On October 20, one of Amsterdam’s most iconic venues, Escape, will host the two-stage party.

Founded by Nicky Romero in 2012, Protocol Recordings is an innovative imprint known for its roster of heavy-hitting electronic producers. Not only does Romero release on Protocol, but the label has also launched careers for talented newcomers like Thomas Gold, Deniz Koyu, Futuristic Polar Bears, Trilane, and Marcus Santoro.

Protocol is also giving away 2 VIP tickets and a hotel stay to attend the label’s epic anniversary showcase which can be found here. 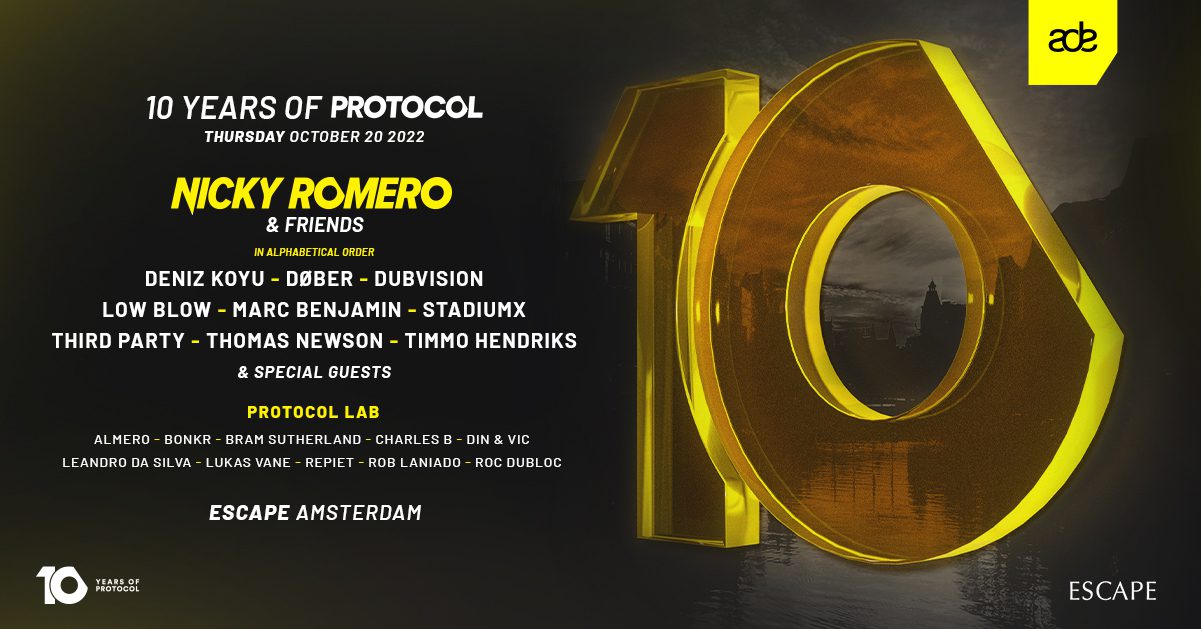