Can We Go Back? Nocturnal Wonderland Was Nothing Short of Amazing 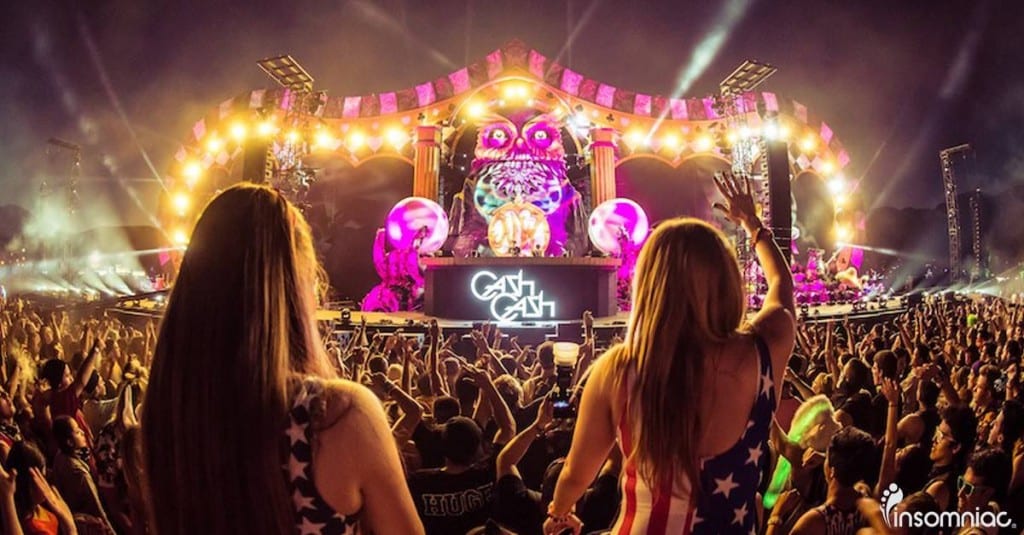 The 19th annual Nocturnal Wonderland returned once again to the San Manuel Amphitheater & Grounds in San Bernardino, CA for an event that rejuvenated life back into the mystical grounds over two consecutive days. After facing a decision and vote to keep the festival in California, the longest running Dance Music festival featured four redesigned themed stages, a variety of art installations, and over 70 of today’s top Electronic music artists from all over the globe. Sticking to its theme straight out of the classic Lewis Carol story “Alice in Wonderland” and “Through the Looking Glass”; Nocturnal Wonderland housed over 55,000 electronic music enthusiasts from all walks of life, plus several themed performers for an immersive weekend that went down in Insomniac history.

The San Manuel Amphitheater and Grounds are one of the few venues that have become a pretty decent location to host an electronic dance music event. Even though some might disagree, it has the capacity to hold a crowd of headliners while providing the space to walk around freely alongside some larger than life stages without causing any noise dissatisfaction to the general public. This year, four stages showcased the music conductors of the event: the Labyrinth stage, Queen’s Grounds, Sunken Garden, and the awe-inspiring Upside Down Room. The moving “Boom Box” was  also present this year (located near on top of the hill) overlooking upon the Labyrinth stage.

The Zen Owl made it’s return guarding the Labyrinth main stage with all its glory for this year’s festivity. It was repurposed and brought new life to the new festival. As with previous Nocturnal Wonderlands, Insomniac did not disappoint in composing a grand 65-foot stage spanning approximately 200 feet. Assembled with over 2,500 video tiles and 200 lighting fixtures all held together by one million pounds of steel, the Labyrinth stage captured the sights of many. 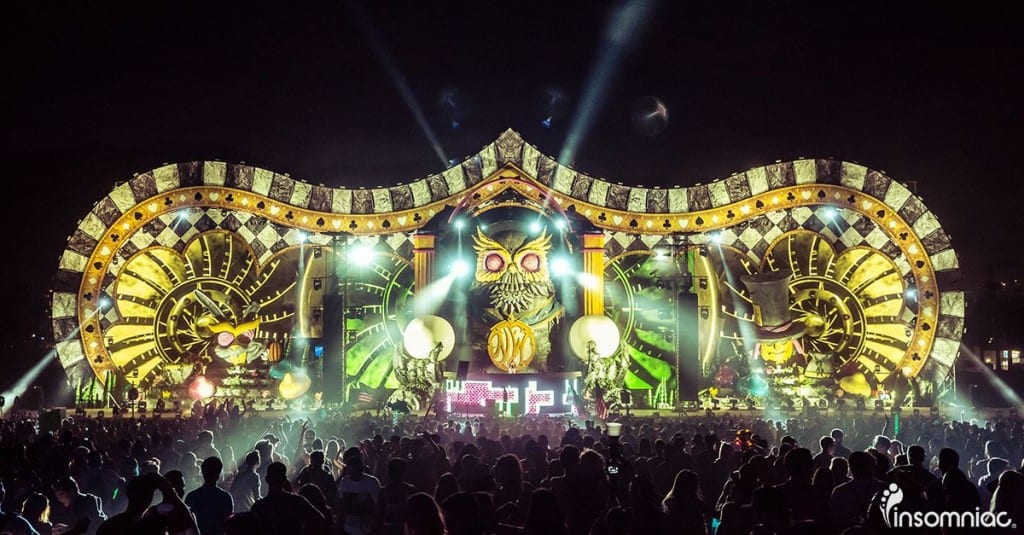 The Queens Ground and Sunken Garden were two smaller stages located ideally close to one another often causing a bit of a sound mash-up in-between the two stages. Both stages featured lasers and LED backdrops that glowed with vibrant effects often expected from any Insomniac stage.

One of the most impressive stages we witnessed this year was the immersive Upside Down Room which was adorn with live plant walls, red drapes, and an actual chandelier which hung in the middle of the dance floor. Interesting enough, upside down furniture that hung from the ceiling added on to the unique attributes that made this one of our favorite stages that graced Nocturnal Wonderland within the past couple years. Couple with some of some of Dance Music’s living legends, the vibes and personality of this stage reminded us of an old-school rave.

The art installations that we have come to love were well present at this year’s Nocturnal Wonderland. Often referenced as “meeting points”, this year we saw the debut of the 30-foot tall projected Caterpillar. For the few that recall, the Caterpillar is an interactive art installation that (with a help of the festival goers) was able to rotate 360 while showcasing a variety of colorful arts and patterns that became a historic piece at this year’s EDC Las Vegas. Returning as well was the Hug Life stations, which were located at various parts of the festival, easily accessible to anyone who was trying to reunite with a friend/group. The Lilly Pond installation became an area where many headliners were able to relax and cool off in peace while at the festival. Its no surprise that Insomniac always embraces the theme art at their festivals adding on to that true experience many seek.

Nocturnal Wonderland has showcased many artists over its 19 years running, and this year was no exception. Headlining the four different stages were acts from all different genres and levels from up and coming to some of the bigger names in the electronic music community. The “music conductors” as Insomniac puts it, left us with awe inspiring moments. Audien dropping his hit remix of “Pompeii” and “Circles”, 3LAU closing off his set with an acoustic version of the crowd favorite “How You Love Me” featuring Bright Lights as the pyrotechnics from the first night detonated behind the Labyrinth stage. Some other highlights from the first night were Mat Zo giving us some of his featured tracks such as “Lucid Dreams” and “Easy”, while Tritonal gave us an added “Color” with some “Now or Never” as a crowd belted out the passionate vocals. Martin Garrix closed off the main stage with an energetic set unlike we’ve ever witnessed before even if that did include playing “Animals”. In the upside down room, Amtrac, Justin Jay and Le Youth gave us some funky tech/ tech house vibes that left us feeling amazed. 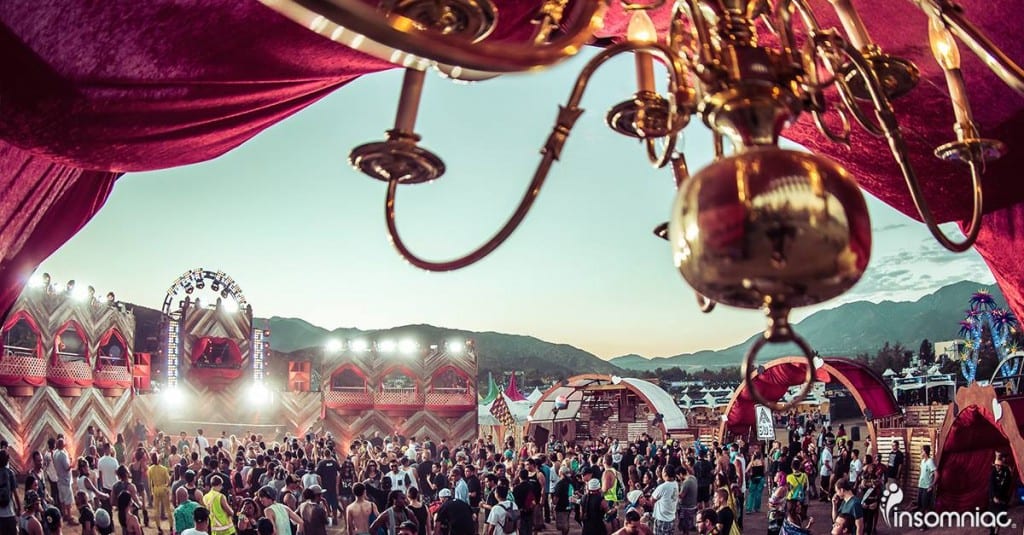 As the second day took over, Discovery Project winner Illustrated made his grand debut at Nocturnal Wonderland with his new unreleased track “Electric Sky” and a big room/trap fusion with Fred Sivv & Skellism’s “Summit”. Catching the attention of the crowd, this rising artist brought the main stage to life with energy that lasted till the last second of the festival. Acts like Insomniac Records’ Arty opened with “Together We Are” and   “Up All Night” instantly threw the crowd in a musical frenzy while the triple threat of Will Sparks, Joel Fletcher, and Timmy Trumpet took the festival by storm. One of the sets that easily stood out was none other R3HAB who debuted a new track featuring the Nervo twins “Ready For The Weekend” and left his mark with the festival anthem “Samurai (Go Hard).” Mat Zo was something else though. A special “Throwback Trance set” left us seriously breathless. He dropped Simon Patterson’s “Thump” as well as Tiesto’s classic “Traffic.” Mat Zo’s throwback really took us back several years and it was such a delight. We kept thinking to ourselves, “when will we ever get to hear this again?” It was a unique opportunity that only Nocturnal attendees could really experience. With over 70 artists, Insomniac provided a variety of artists fit for everyone’s musical tastes. While many called the Nocturnal Wonderland lineup “severely disappointing” and “A joke” it was everything but that. The lineup captivated several new Insomniac fans and brought veterans out for a blast of the past.

Insomniac strives to give everyone the ultimate experience. They did not disappoint. From providing free water bottles at the entrance early in the day (and throughout the festival) to providing cooling stations, Insomniac really showed how dedicated they are to looking out for their attendees. 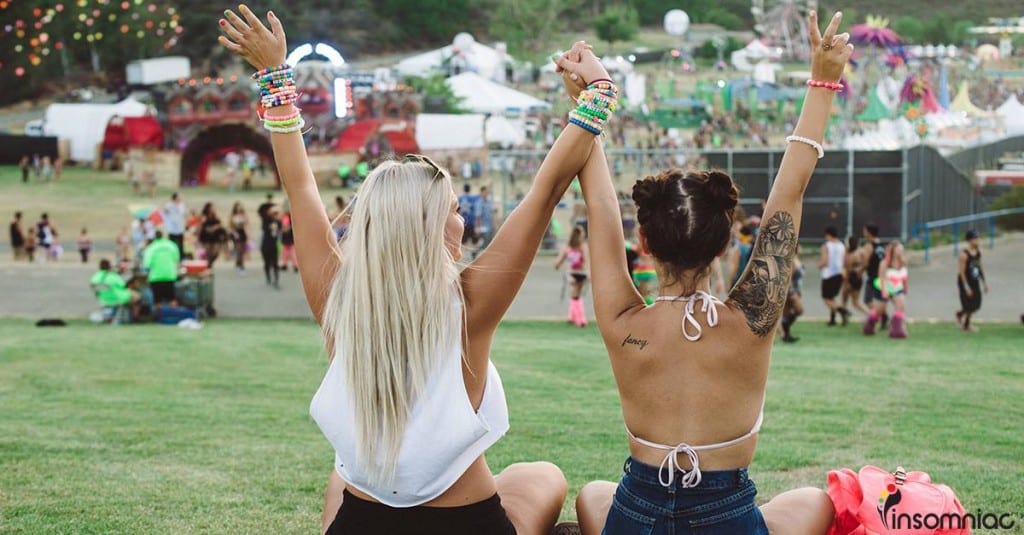 As always a huge thank you to Insomniac, staff, artists, artist teams, and you the headliners for making this Nocturnal Wonderland one that we will never forget. We look forward to seeing what Insomniac has up their sleeves as we prepare for a ghoulish adventure at Escape All Hallows Eve!