Labeled as “Not Your Cookie Cutter Festival,” and returning for it’s 4th year, Northern Nights Music Festival has released an outstanding Phase 2 lineup of talent for the 3-day event this July.

Joining already-announced artists like GRiZ, Amon Tobin‘s Two Fingers project, SNBRN and Troyboi, are an awesome assortment of international, national and local performers. Standing out on the Phase 2 lineup are Friday night headliners, Gorgon City, and rising stars like XYLØ, MoonzZ and D∆WN. Humboldt’s own Object Heavy is also set to appear, as well as electro-rock band Beautiful Machines and returning talent, Horses Heaven. All 4 of the festival’s stages will feature state of the art VOID Acoustics sound again, complimented by Hush Concerts’ most talked about all night Silent Disco.

But the Northern Nights Music Festival experience is about more than just music, with recreation in the South Fork Eel River or yoga classes in the redwoods that surround you. Plus, a plethora of art installments and activations. For more information on NNMF 2016, including tickets, camping upgrades and VIP options, check the official website here. NNMF has also partnered with Unity Travel to offer hotel and shuttle options for your stay. Check out the full Phase 2 lineup below: 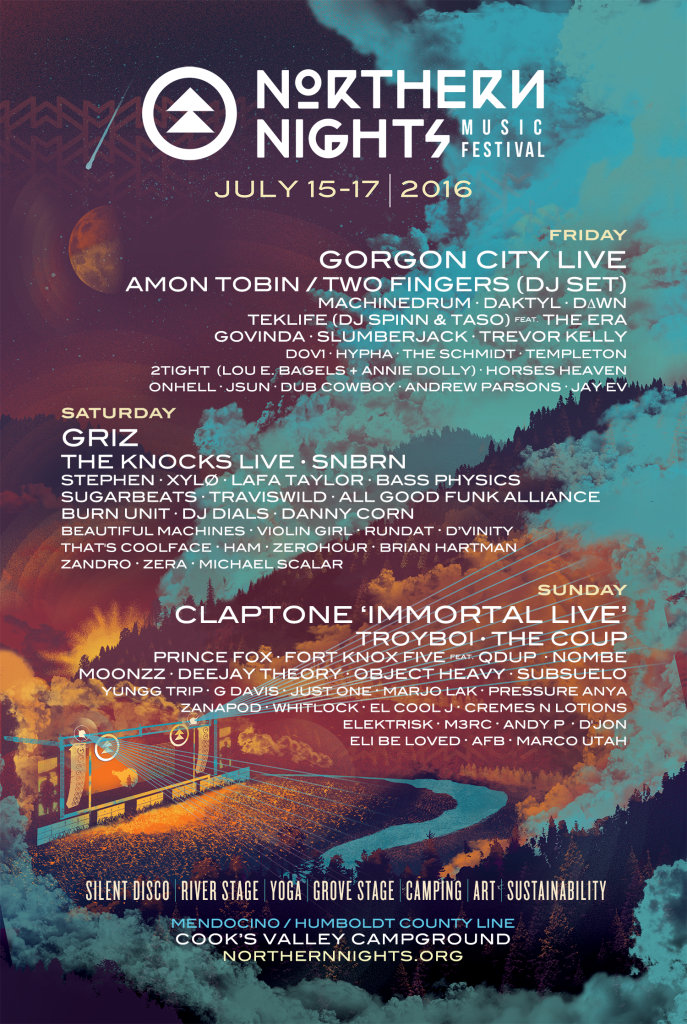