The silence has finally been broken. After teasing on their social media platforms, Insomniac has announced Abduction 2021: The Florida invasion, another asset in Insomniac’s grand East Coast invasion.

On Saturday, April 10, Insomniac will invade Florida to host Abduction 2021: The Florida Invasion, at Lot 54 at The Vanguard in Orlando, Florida. Abduction 2021: The Florida Invasion, will be a single-day, reduced capacity, open-air event featuring 2 stages, 14+ artists, Xtra terrestrial art installations, and state-of-the-art production and lasers. Masks are required for the 18+ event and temperature checks will be put in place in order to ensure the health and safety of all attendees. The event will go from 5 PM-12 AM local time and tickets will go on sale starting this Thursday at 12 PM ET on Insomniac’s website. 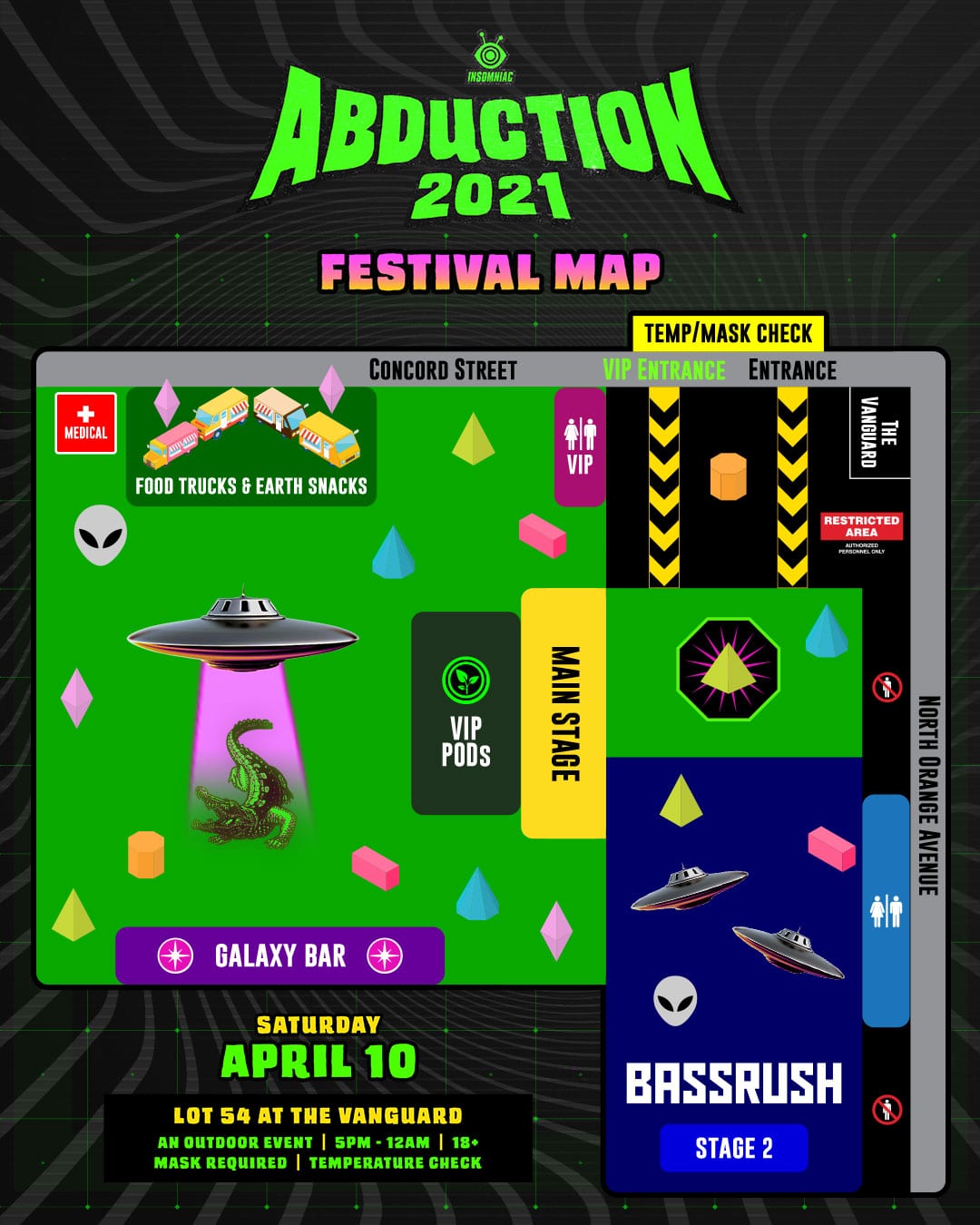 The announcement of Abduction 2021: The Florida Invasion, is the most recent and perhaps the most monumental announcement Insomniac has made in regards to their East Coast expansion. Insomniac currently has an ownership stake in Clube Space Miami and a partnership with Florida-based dubstep and bass festival, Forbidden Kingdom Music Festival. On top of that, Insomniac has expanded its East Coast presence by continuing to host EDC Orlando and Okeechobee Music & Arts Festival. Furthermore, Insomniac acquired music promoter Club Glow (who hosts Moonrise Festival and InfieldFest) as well as east coast venues Echostage and Soundcheck at the end of last year. Now, Insomniac has announced Abduction 2021: The Florida Invasion, another asset in Insomniac’s takeover.

Insomniac’s decision to announce Abduction 2021 comes just one day after Ultra Music Festival’s decision to cancel its 2021 event. Ultra Music Festival has maintained a continued level of uncertainty which has spiraled into another disappointing year for the festival. Just a few days ago the festival announced that its iconic Bayfront Park venue will not be able to open its doors for the second year in a row.

Perhaps there is a new juggernaut in town as Insomniac has taken great strides in the past year to expand their brand and to further establish themselves both in Florida and on the East Coast.

GA tickets will start at tier 1 for only 29.99, with VIP pod options available. For full event details and FAQs, visit Insomniac’s website.