Party Favor; Grammy-nominated artist with collaborations with Diplo, 2 Chainz, and Lil Baby; announces his new studio album Reset. The 14-track album is slated for a June 17, 2022 release. The album will coincide with a special visual experience tour through 5 major U.S. cities. The tracklist features a variety of genres and collaborations with some of your favorite vocalists and producers: K.Flay, Elohim, Marc E. Bassy (just to name a few). Reset marks a new evolution of Party Favor’s music and explores his post-pandemic realizations about anxiety, love, and loss that fans are sure to relate to.

Party Favor’s songs like “Bap You” have been described as “rowdy energy” that brings an experience unlike any other to his live shows. Party Favor is also a part of the duo Sidepiece with Nitti Gritti. The tech-house side project is known for major dance-bops like “On My Mind“, “Together“, and “Acrobatic“. 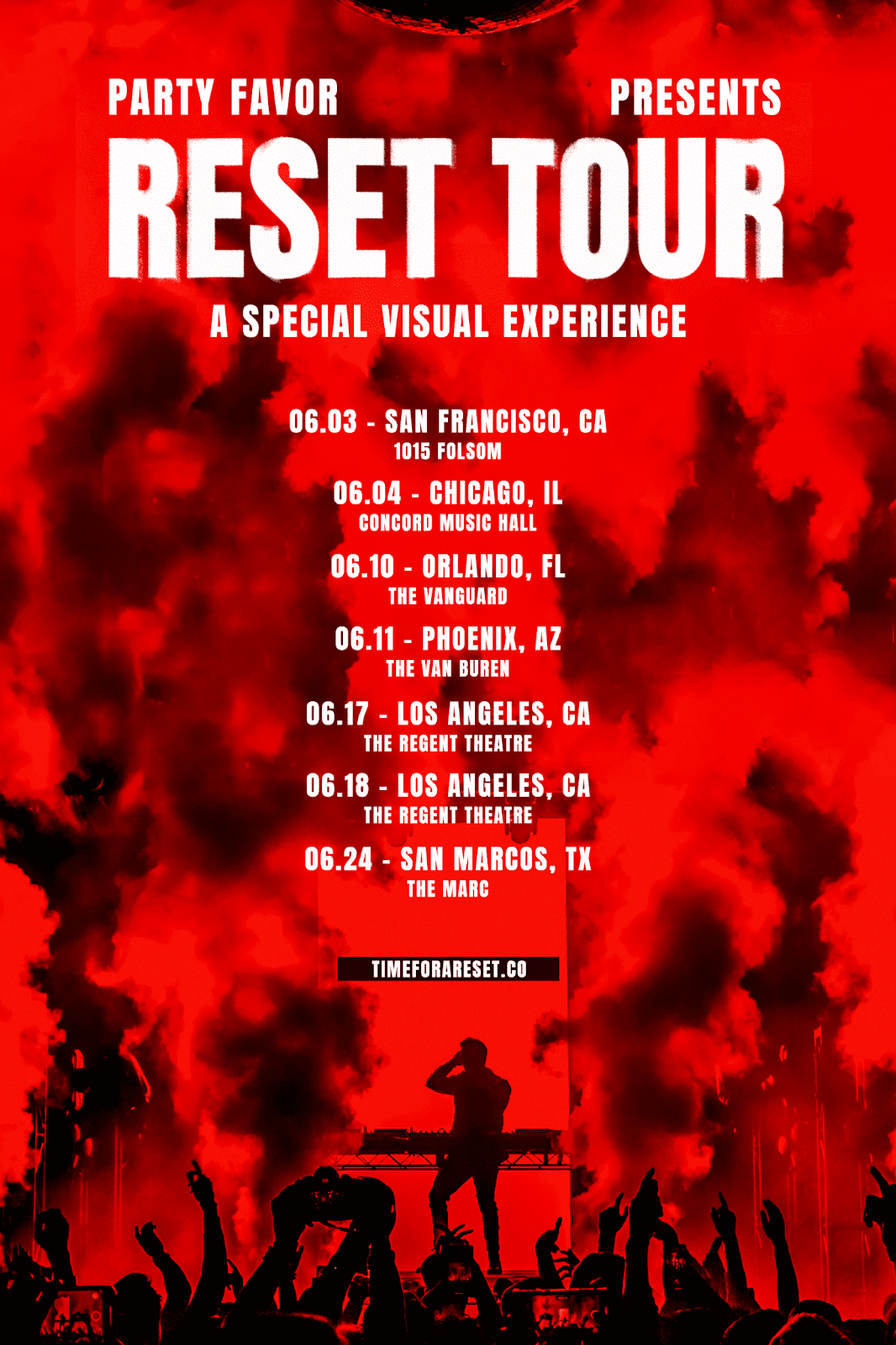 NGHTMRE and SLANDER Release 'Fall Into Me' Featuring Dylan Matthew

Get Prepared For Miami Music Week 2022 With Our Handy Guide