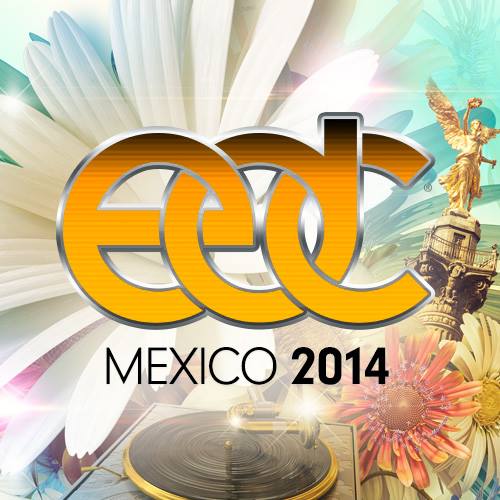 Los Angeles – Today, Insomniac announced that the Electric Daisy Carnival (EDC), Mexico will make its debut on March 15-16, 2014. In partnership with OCESA, the festival will bring its signature audiovisual production and theatrics to the Autodromo Hermanos Rodriguez (racetrack) in Mexico City.

“After the success of our first international endeavor this summer with EDC London, fans from around the world expressed an interest in experiencing EDC in their home towns,” said Pasquale Rotella, CEO and founder of Insomniac. “We listened, and we’re excited to announce EDC Mexico City. The fans have been so passionate about their desire for a festival there and I’m really looking forward to joining them next March when we will all celebrate music, art and life. Insomniac and our partners are working hard to plan an event that will be the truly unique and creative festival experience that fans look forward to.”

Since its inception in 1996, the Electric Daisy Carnival has been celebrated for creating an immersive fan experience with state-of-the-art stage and production design, interactive art installations, full-scale carnival rides and over-the-top theatrical elements. Millions have traveled across the globe to attend EDC’s flagship event in Las Vegas as well as its touring locations including Chicago, New York, Orlando and Puerto Rico. EDC London, the festival’s first international location, hosted a sold-out crowd of enthusiastic attendees.

Partnering with Insomniac for the first time, OCESA has long been one of the most influential promoters in the world. The organization is praised for introducing major productions to the Mexican market including booking, promoting and producing diverse international artists such as U2, Madonna, Lady Gaga, Paul McCartney and many more. OCESA has also worked with numerous artists in the dance music scene including Swedish House Mafia, Avicii, Calvin Harris and deadmau5, among others.

“The Electric Daisy Carnival is iconic in dance culture in the United States and we are thrilled to partner with Insomniac to bring the festival to Mexican audiences,” said Leizer Guss, OCESA, Producer. “The experience that EDC Mexico will create is truly unlike any festival that has ever been produced in the country.”

Early bird tickets will go on sale Tuesday, December 17 at 11 a.m. CST at www.ticketmaster.com.mx. Two-day passes will start at $100 for general admission and $276.92 for VIP tickets for those 18 and over, in addition to service fees. A full musical lineup and additional details will be announced in the near future.

To stay up to date with EDC Mexico news, visit www.electricdaisycarnival.com/mexico

Insomniac produces innovative music festivals and events featuring immersive multisensory environments enhanced by state-of-the-art lighting and sound design, large-scale art installations, interactive circus and theatrical performances, boundary-pushing special effects and pyrotechnics, and fan participation.  The quality of our fans’ experience is the company’s top priority.  Insomniac’s premier annual event, Electric Daisy Carnival, is one of the largest, most spectacular music festivals in the world. Insomniac has produced more than 250 music events and for more than 3 million attendees in California, Nevada, Colorado, Washington, Texas, Florida, New York, and Puerto Rico.  Founded by Pasquale Rotella, Insomniac has been based in Los Angeles since it started in 1993.