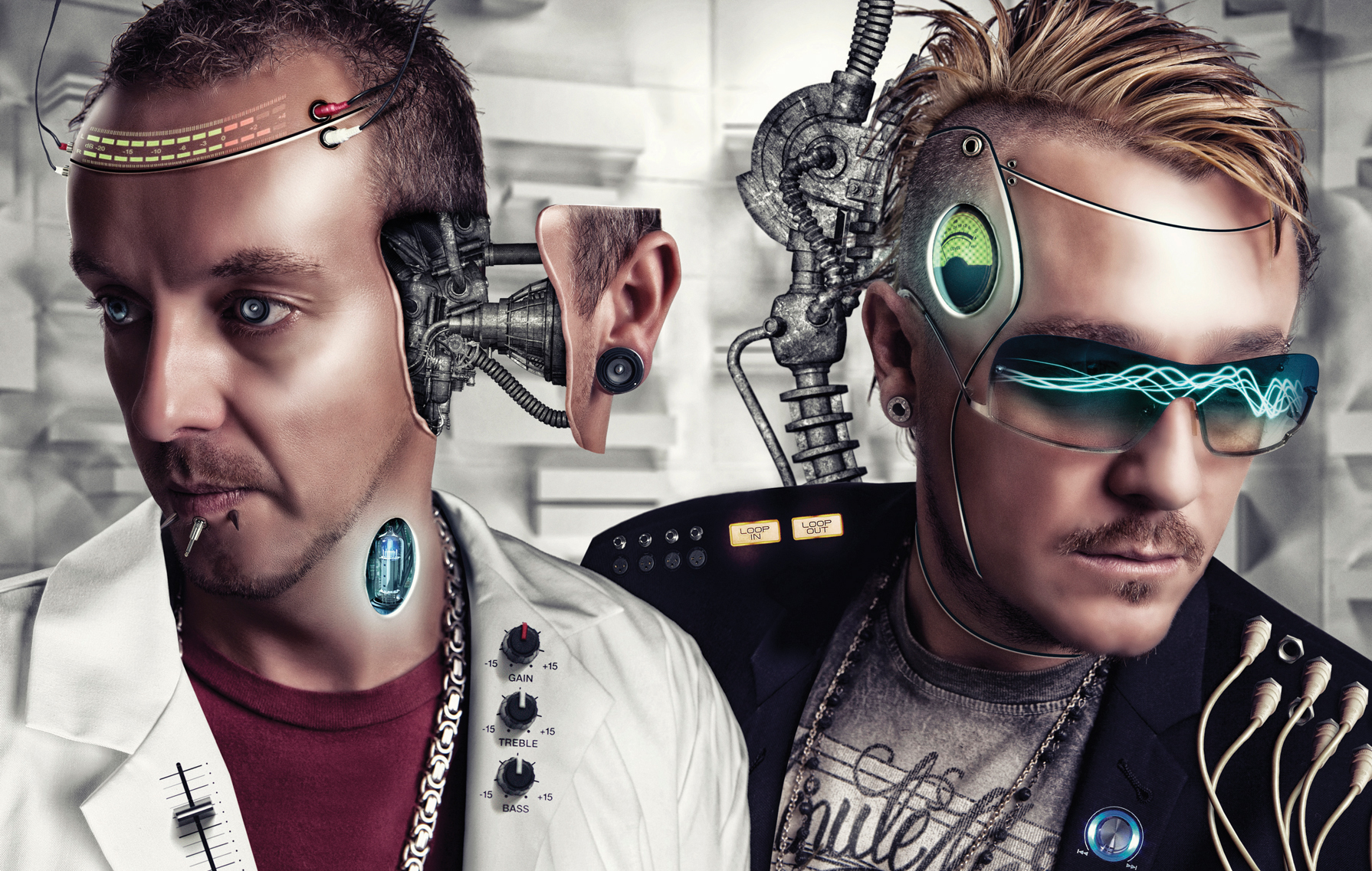 The Organ Donors are an anomaly in the modern dance music scene, spanning multiple genres and setting musical standards for well over a decade. Embodying the very nature of what is now known as EDM.  Their solo productions, remixes & albums on some of the worlds largest record labels have seen them enter the UK pop charts, gain support from the worlds leading artists, headline some of the planets biggest dance events and help pave the way for this modern, boundary free era of dance music. With their latest track “Total Confusion” (out now on Beatport) the Organ Donors are once again showcasing their unique style for the world to hear. With support from trance icons like Armin van Buuren, Gareth Emery, Paul Oakenfold (and more) the Organ Donors are not scared to blend different styles and genres with their own innovative and hard-hitting sounds, and are one of the most sought-out hard dance acts to book around the world.

Organ Donors will soon begin their end of year Australasia tour visiting cities like Jakarta, Bali, and Melbourne, and we were happy to have a minute to catch up with Organ Donors as part of our “Quick Chat” interview series before they start their tour. You can read our full interview below and be sure to follow Organ Donors on Soundcloud!

Q: Thanks for taking the time to speak with us! So 2013 is winding down quickly, could you tell us in a few brief words what this year has been like?

It’s been a blur, hit some crackin parties across the world & got a lot of music made

Q: Any favorite festivals or events in 2013 (US and international)
Both EDC’s vegas & chicago were epic, Dreamscape Washington was one of the club highlights, people hanging from the roof! Dirty Party Paris was a mindbender also along with Colors Festival Scotland, Q-base and Creamfields & Sky Garden Bali, too many sick shows to recall.

Q: The harder styles definitely made a splash in the US in 2013, where do you see it in 2014, and the years to come?
With a strong ‘commercial’ scene, comes a strong underground scene, the 2 go hand in hand, and with the underground scene preceding the commercial movement, it’s inevitable now that people will start hunting for a more underground alternative sound to the mass market offering. So we can expect big growth for harder music over the next couple of years, and we plan to be at the forefront 😉

Q: Armin van Buuren has this famous saying “Don’t be a prisoner of your own style.” Has your style evolved? Do you think it will?
Our sound has always been diverse, and it’s always evolving, since day one, from full on techno like 4 Tribes, early hardstyle like 99.9, & trance & electro like Dance Floor Killa, we have always stood by the idea of taking inspiration from every style, and experimenting with every style, it not only keeps you fresh as an artist, but it also keeps you stimulated, and that’s the important thing, a career making music is a long time, so it’s important to remain stimulated & enthusiastic about what you’re doing!

Q: Who is influencing your sound right now? Are you getting inspired from something different?
We have always taken inspiration from many styles of music

Q: What’s your favorite country to play in, what’s the craziest? Who has the best crowd?
We really don’t have a favorite, it varies year in year out, and it mostly comes down to what country you’re looking forward to traveling in, as crowds are actually no different, a busy club with a great atmosphere goes off, end of story, you could be in a basement club in Scunthorpe, or a superfest in the USA, if the crowd wanna rock & you got a couple litres of Jagermeister then it’s going to be epic!

Q: Funniest thing to ever happen at an event?
That would be standing up on the deck stand, giving it the hail jesus, only to discover the deck stand was actually a wall paper board, and the entire thing came crashing down, equipment & drinks flying everywhere, sound cutting out, about 1500 people gasping! Felt like a right knob lol!

Q: Speaking of events, describe what goes through your head when preparing for an event? What are you feeling, how do you prepare?
We prepare with a massive bottle of Jagermeister! We call it liquid personality, great to get in the vibe at the hotel, having a drink, going through tunes & discussing the battle plan.
A lot of dj’s get round their gigs totally sober, we don’t, we love to be on the same level as the clubbers, Rock n Roll that shit 😉

Q: Thats awesome, what’s the feeling like being on stage in front of thousands of people?
Years ago we shat ourselves, stood up on stage shivering, not even looking up haha,
I think that’s where the alcoholism came from lol, but it’s ok now, it’s like a second home in fact 😉

Q: For the people that are not familiar with hard dance, how would you describe it?
Well we don’t call it Hard Dance anymore for a start, our sound has evolved way beyond that old ‘Hard Dance’ sound, we call it Hard Edge, it’s faster than mainstream stuff, but not as relenting as just a kick drum banging away! It’s pumping but intelligent, with tight production & a strong musical depth.

Q: I once read something on your Facebook about the first time you were booked in London 10 years ago, for those that aren’t familiar can you tell us what that was like?
Well it was hilarious for all the wrong reasons, the promoter wanted to try something new so booked us, back then we were one of the early purveyors of the new hardstyle sound coming from europe, the UK was largely dominated by the Hard House sound, to cut a long story short, we absolutely cleared the place & never got booked again!

Q: How would you describe the recent dance music explosion at the moment? How do you see the scene 5 years from now?
That’s an interesting question, I can’t predict what the music will sound like, but I definitely see styles of music breaking down more & more, with a new Genre of music being created every month, it simply can’t go on forever, sooner or later someone has just gotta say enough is enough, and just call it Dance Music or somin lol

Q: Plans for new years? The tour right?
We are on our Australaysia tour over Xmas, We’ll be hitting Malaysia, Indonesia, Melbourne, Perth & Adelaide on NYE, will be epic!

Q: Any special events or upcoming projects coming up that we should be looking out for? Any new singles coming up?
Too many projects to talk about, one we are close to wrapping is a collab with We Are Loud & Sonny Wilson, we also doing a collab with ASYS, and have just finished a track with Scot Project which will be our first record of 2014. ‘Found Love.’

Awesome. Thanks again taking the time to speak with us, and enjoy the new year and keep bringing us great music!