When the lineup for Portola Music Festival dropped earlier this year, many of us thought it was fake. With classic names like The Chemical Brothers, Fatboy Slim, and Bicep, joining some of the most innovative artists like Jamie XX, and Fred again.., this couldn’t be the actual lineup for its inaugural year.

But we were there in San Francisco on September 24-25, the lineup was real, and after two days of seriously good music, we found the experience felt authentic. From the music to the people, everything was so purely genuine and about the love for the rave.

And while there were some pretty big issues with the crowds and the venue, we think this festival tapped into the niche market of ravers who put the music first. 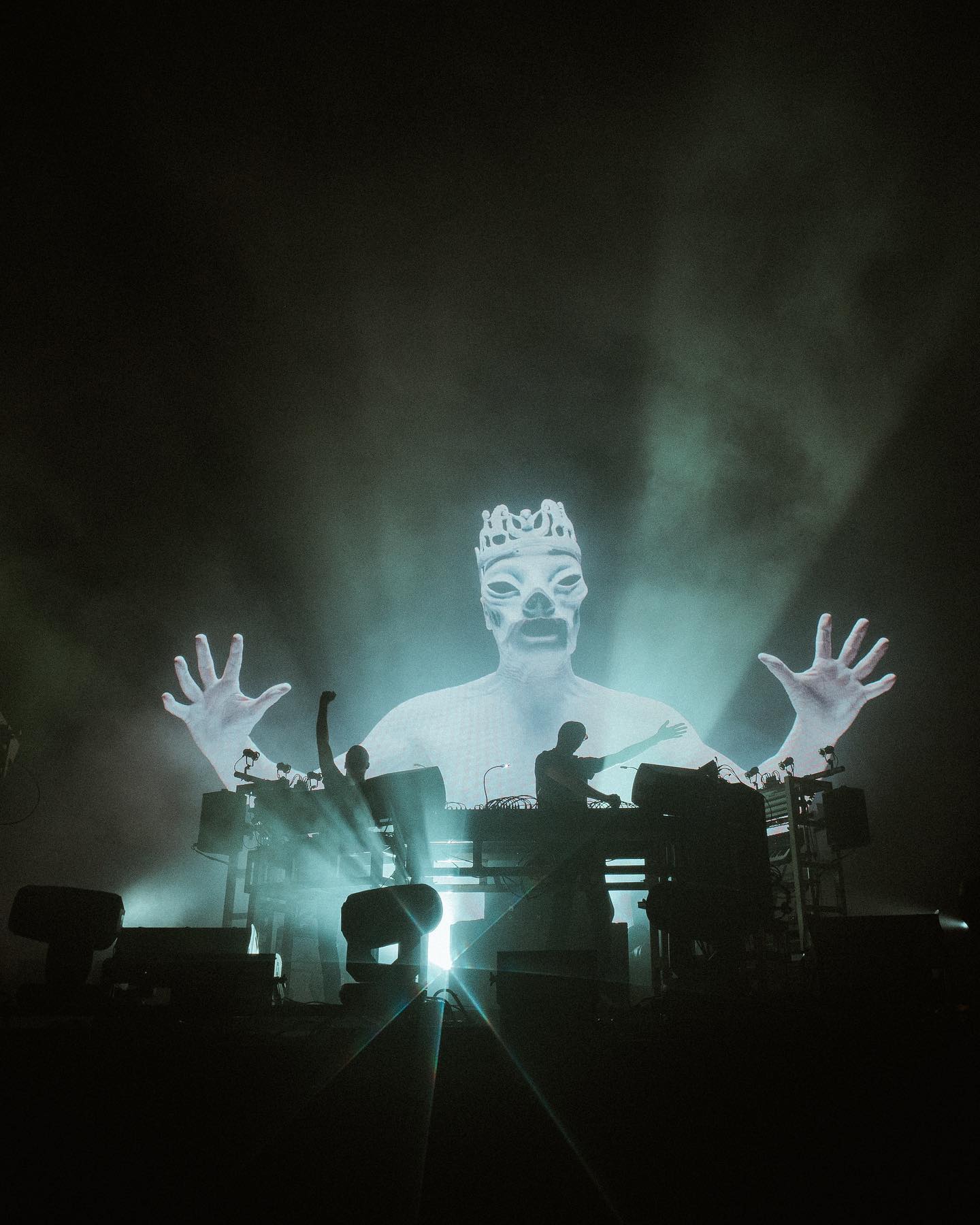 Some major issues stemmed from the sound quality, but it improved massively over time. The sound at the Warehouse stage on day 1 was pretty terrible. Even during the last set of the night, Bicep, the sound was really quiet unless you stood close to the stage. There was also pretty bad sound bleed between the outside Pier stage and the other tents.

But this was because the Pier stage was pretty darn loud. The visuals and seamless transition between bands and electronic sets made it a great place to camp out if you wanted to. The bass was also loud and when we were at the front during Flume, we would have definitely had hearing damage if we weren’t wearing earplugs.

Another saving grace was the Crane stage. It had lasers, tons of disco balls, and a booming sound that was made for sets like Peggy Gou. Sound also improved a lot in Warehouse on day 2 and during Lane 8, it was very well balanced.

The venue also left a lot to be desired as it wasn’t great, even by city festival standards, and it comes down to poor planning. The festival was held at Pier 80, an industrial space surrounded by ships, cranes, and construction centers.

The train tracks on the floor were dangerous, the bathrooms were gross, and day 1 felt dangerously oversold. The side stages were also way too small which had everyone absolutely smooshed.

Then there’s the Warehouse fiasco. We left about 20 minutes before Fred again.. started to get a good spot at the Warehouse stage and saw a big crowd heading over.

The stage was so incredibly packed, we had to leave. Later we found videos surfacing of attendees rushing the barrier and climbing over walls to get into the set because it was so full. They fixed the barrier and entrance mechanism day 2 and added much more staff to the exits, but the damage was done.

We really liked the warehouse feel and the industrial aspect, we just wished there weren’t so many people day 1. It wasn’t an unbearable place to be, but not what we expected for the price. 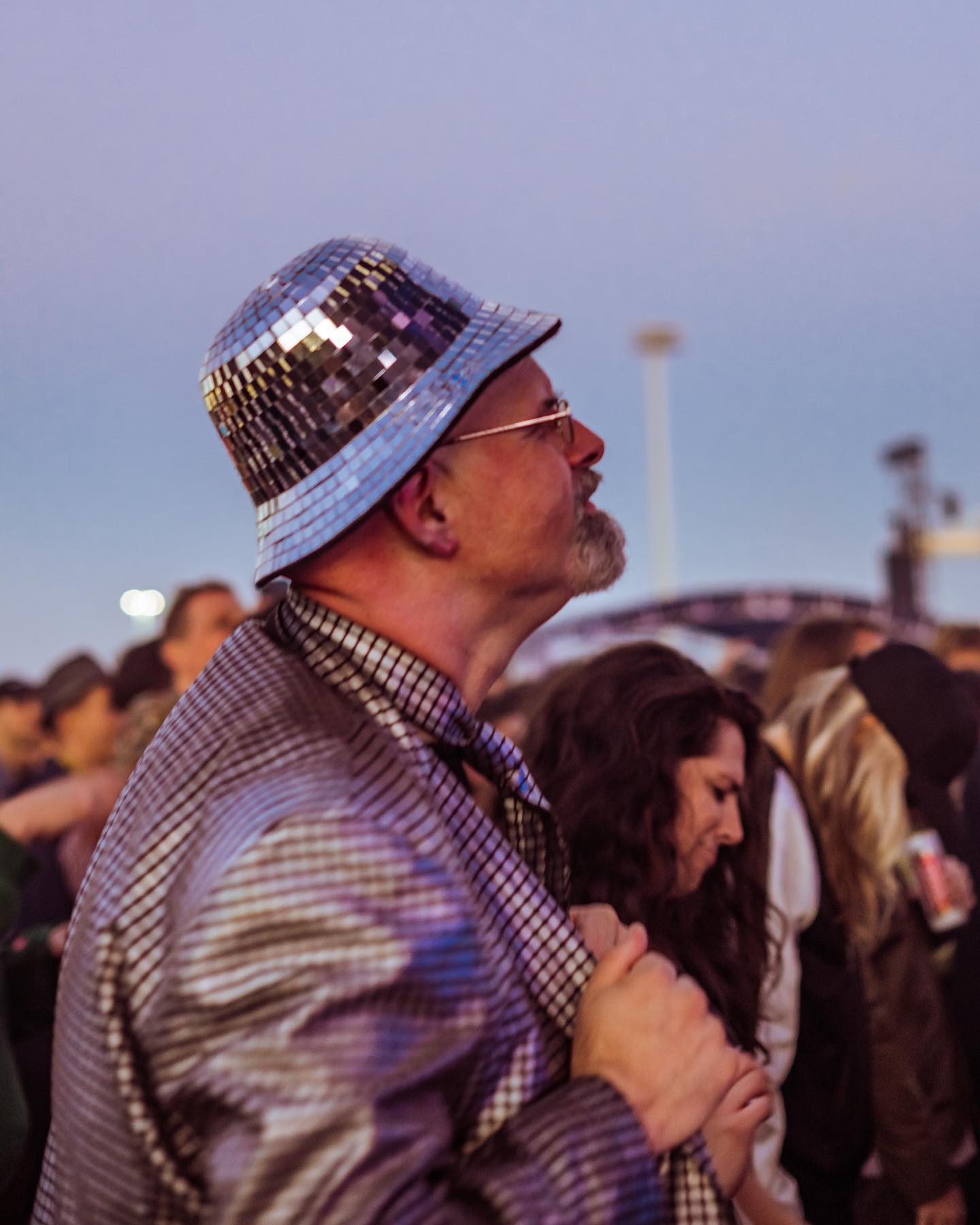 The lineup was one of the most carefully curated we’ve seen this year. With both historic pioneers and edgy innovators, it felt fresh and catered to where electronic music has been, where it is now, and where it’s headed in the future.

It had the lineup and star-quality you would expect at any gigantic festival, but with an intimacy and innovation in the performances that felt like a truly underground experience.

The music included some of the most incredible sets we had ever seen. Legends like Peggy Gou and Flume alongside surprise standouts like DRAMA, Keinemusik, and Ross From Friends truly blew us away. The artists also truly understood their audience with Four Tet B2B Floating Points playing a little Bay Area rap.

Furthermore, the vibe of the crowd truly was some of the best we had ever experienced. There was a bit of pushing during Flume and the fiasco that was Fred again.., but day 2 had some of the most incredible people we had ever met. Those who brought the bad energy day 1 had clearly sold their tickets or not bothered to come back, because we felt true raver energy from everyone we met.

Whoever we talked to seemed to understand the history and innovation that every artist brought to the table and it showed in how they treated each other. We met people from SoCal, Seattle, and even Italy who traveled far and wide for such an incredible lineup.

This meant the energy was absolutely off the charts. The energy for both DRAMA and Peggy Gou was something so unlike anything we had ever felt before.

DRAMA did that cheesy bit where everyone gets on the floor and jumps up, but this time it was one of the most magical moments. It felt like true PLUR from the 90s had resurfaced and the ego was completely stripped back to just people who love music.

So overall, Portola has boundless potential. For someone who goes to a lot of festivals, I’m used to both bare-bones warehouses and big festivals with lots of production. There was something truly refreshing about an event so focused on nothing but the music.

But if you had traveled from overseas and paid the over $300 ticket price, you could be disappointed. There were some moments with the sound quality and small stages that did take away from the overall experience. It wasn’t roughing it by any circumstances, but it wasn’t too well planned out either.

So if you were truly there for the music, this was probably one of the best events you went to all year. Stripped back from all the flash and flare, this event was about more than just going to say you went. So Portola definitely has some work to do, but it could have the potential to be one of the biggest festivals in NorCal someday soon.

All images from Portola Music Festival