Yesterday, RÜFÜS DU SOL announced their largest headlining performance to date at the legendary LA State Historic Park on October 5, 2019. Between the release of their newest album SOLACE, the massive world tour they are currently embarking on, and coming off the high of their incredible Coachella performance, RÜFÜS is on top of the world and this seems like the perfect time to celebrate in their success. Joining them will be none other than their longtime friends and fellow aussies Bob Moses, as well as new labelmates Lastlings. 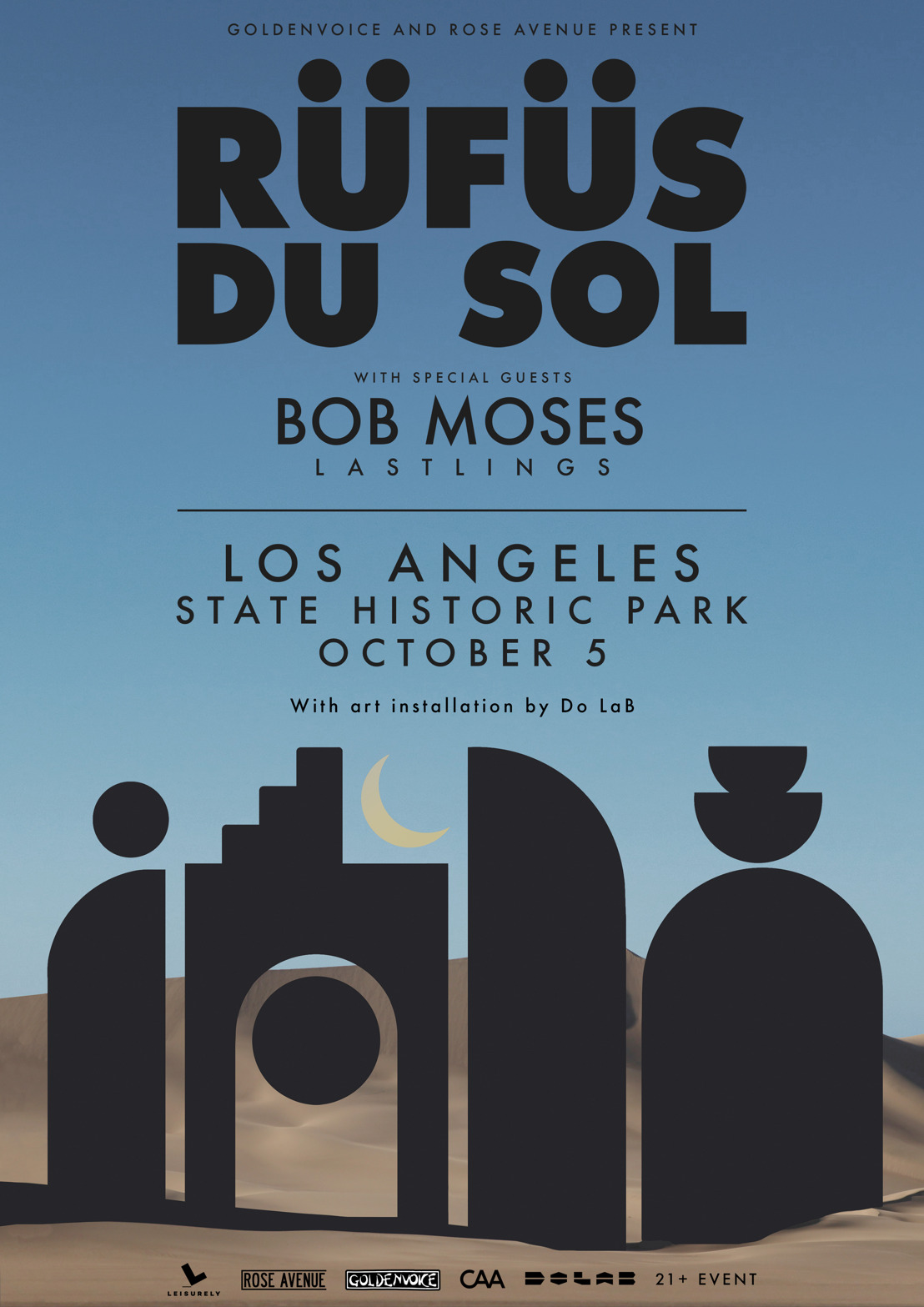 In addition to the stellar lineup and iconic venue, the creative masterminds behind Lightning in a Bottle, Do LaB, will be aesthetically curating the event. Do LaB is known for their other worldly structures and stages composed of bright/earthy colors and geometric shapes – which has cemented them as one of, if not the, top creative design teams in the industry.

Nestled on the edge of Downtown LA right on the border of Chinatown, LA State Historic Park has served as the venue for many of LA’s most…well, historic shows. The skyline of Downtown LA in the background mixed with the natural beauty of the park itself and the urban energy of Chinatown and DTLA.

Presale begins Wednesday, May 1st at 10AM PST via presale code which you can obtain here. General on sale begins Friday, May 3rd at 10AM PST. Tickets and more info can be found here.