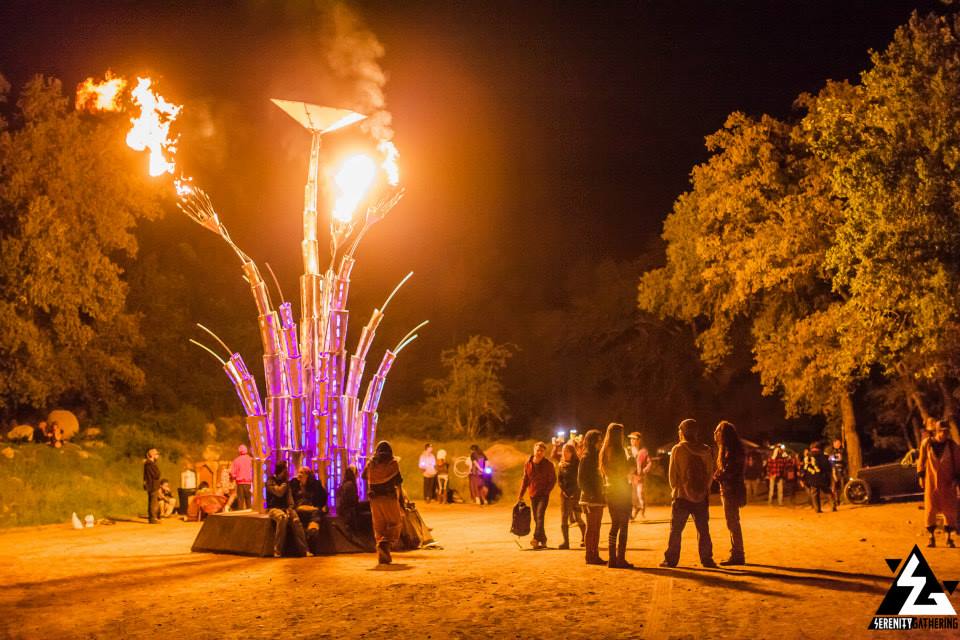 Serenity Gathering: A Festival With Endurance (And A New Venue)

One of the things festivals have to do that is often lost on attendees is hide all the work that goes into making an event run smoothly. Most people might chalk this up to handling logistical issues like making sure the bathrooms are clean or making sure the sound works all day, but there really is so much more that goes into it.

If you’ve seen any kind of documentary or news program on how much easier it is to start a business in China than it is in the United States, you’ll know how much the U.S. depends on paperwork. Festivals are similar. Permits, contracts, consent forms. So much legal jargon being examined detailing strict guidelines that pertain to everything from noise, to the number of employees, to safety. Sometimes these rules are so strict that if even one of is ignored, the whole festival could be cancelled.

As complicated as it can be, pretty much every promoter in history is prepared for such things, as they wouldn’t likely be hosting a festival in the first place if they weren’t. But every once in a while, someone screws up and the whole festival suffers. This recently happened to Serenity Gathering.

Having initially announced the location back in December 2015 as Lake Hemet campground, many people were very excited. If attendees would be allowed to swim in the lake, it would be one of (if not) the only festival in SoCal to do so, in addition to offering an exquisite mountain setting. However, nearly two months later, Serenity announced via social media that Lake Hemet would no longer be the location for the 2016 gathering.

Think about that for a moment.

Regardless of how small Serenity is compared to other festivals, thousands of people have to be accommodated. That includes the attendees, employees, volunteers, artists, vendors, security and everyone else that will come through the festival during the weekend. And when I say “accommodate” that means that everything that those people were expecting to have at that festival including power, bathrooms, camping space, parking space, stages and the full schedule of activities will have to both be able to travel to, and fit inside this new venue.

Not an easy task at all, and If they can’t find somewhere, they’ll lose hundreds of thousands of dollars. (No Pressure).

As attendees we don’t think about these things. All I thought about when I initially saw that Lake Hemet was no longer happening was:

“Hmmm that sucks. Wonder where it’ll be now?” That’s it.

Well, lucky for me, Serenity did find a new venue: The Joshua Tree Recreation Center.

The only kind of environment I think of when I read “Joshua Tree” is desert, which is awesome in and of itself, but on top of that, no music acts or activities have been cancelled because of the venue change, and the new venue is approximately the same distance from both LA and San Diego. So essentially the festival just teleported. If they had waited longer to announce a location, it would be like nothing ever happened.

The Joshua Tree Recreation Center is one of the oldest retreat centers in the Western United States, and Joshua Tree itself is a National Park, meaning this festival will take place on some of the most preserved land in the history of our nation. Could you really ask for more?

Tickets for Serenity are on sale now. Buy them here and check out the full lineup below along with the official website.