While Seth Troxler is a Detroit native, he has spent the last decade residing in Europe and traveling the world to play sets and produce music. For the first time in years, he has announced a return to the United States with his appropriately named Coming Home Tour. Known for playing extended sets in intimate settings, Seth is staying true to his roots for his upcoming tour with plans to play sets late into the early morning at hand-picked venues throughout the United States. The tour kicks off on January 31st and concludes May 24th with a set at Movement Festival in his hometown of Detroit.

According to Seth, “It’s hard to believe that in the 13 years since I left home traveling the world, touring every liveable continent, that I’ve never returned to do a proper tour in the country where I was born and raised. The grand ol’ USA. I can’t wait to party with all of you, play some places I’ve never played before, kick back some cold boys and get freaky. Come join me. I’m coming home. It will be a wild one.”

The Coming Home Tour announcement comes after his recent mind-blowing fifteen-hour set at the renowned Closer in Ukraine. For deep house and tech house fans, Seth’s return to the United States is highly anticipated with seventeen stops spanning from the East to West coast. Tour stops include performances at locations including Stereo Bar in Montreal, Cedar Street Lounge in Austin, and the infamous Avant Gardner in Brooklyn. To catch Seth in this rare stateside appearance, get your tickets here! 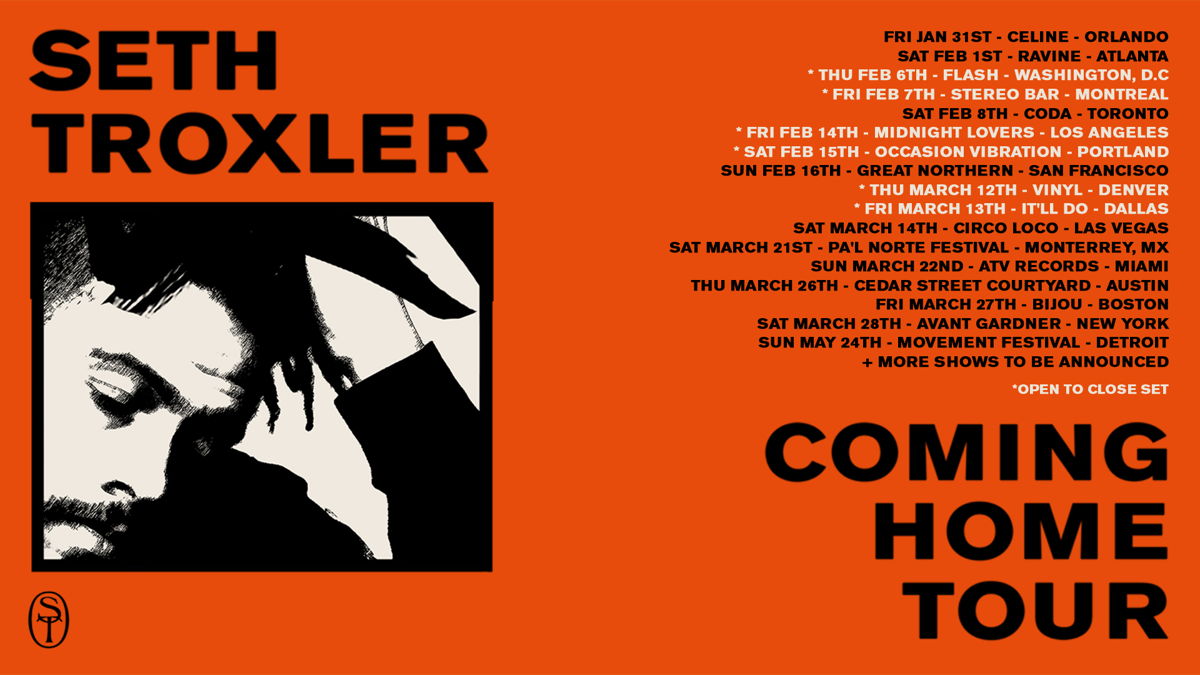