Sound Tulum will light up once again with the sounds of the underground at the end of this month, starting on December 29th, 2018 and going into January 13, 2019. It’s quite the way to end the year and this year’s installment promises to be one of the biggest and best yet. World-renowned parties and labels Afterlife, Solomun + 1, Paradise, Black Coffee, Saga, Flying Circus, All Day I Dream, Frequencies, Dystopia, and Epic will each be hosting showcases at Sound Tulum’s newest edition. 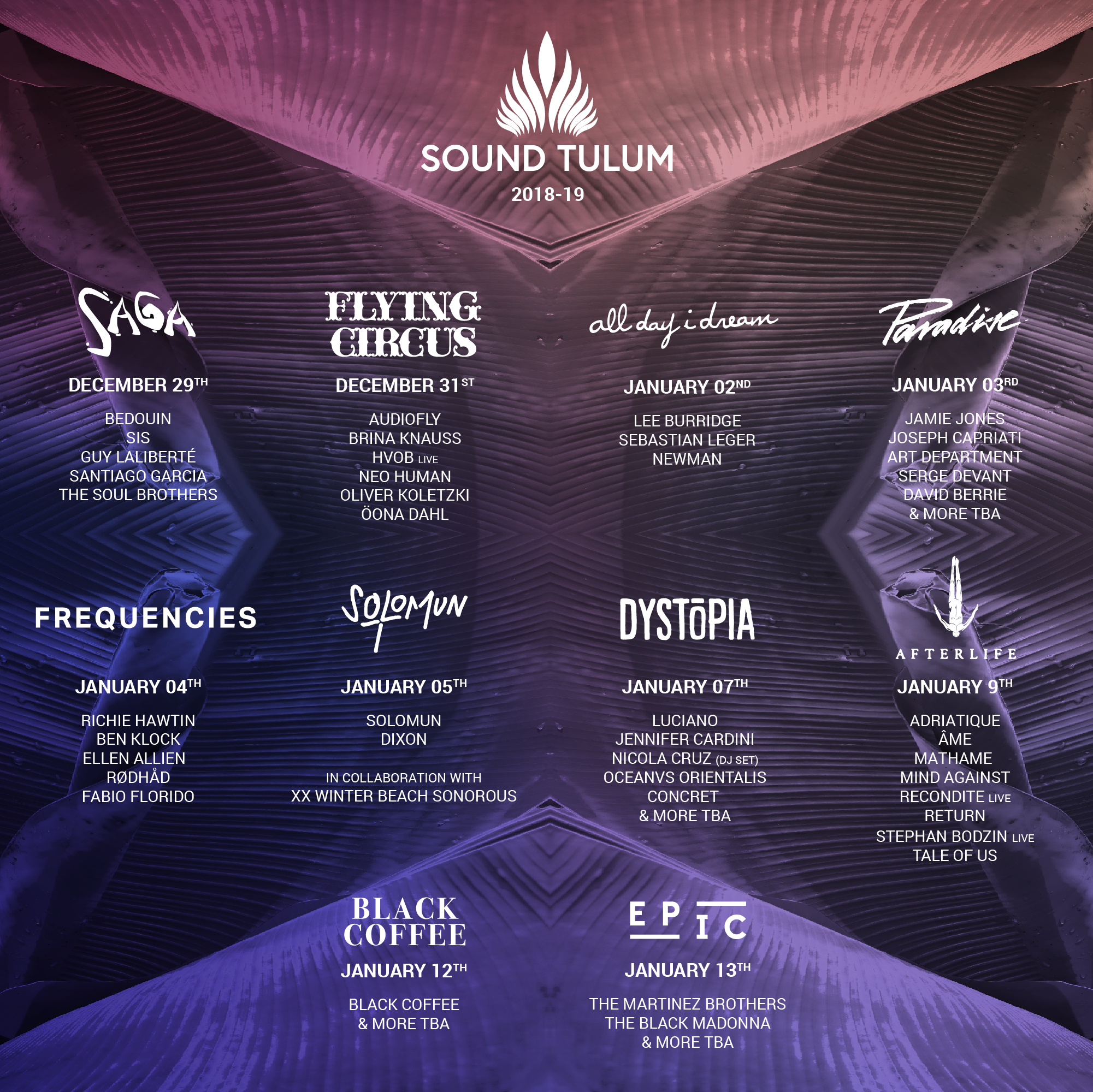 Playa techno will take on a whole new meaning with Bedouin’s renowned international series Saga opening up the festivities on Dec. 29th with support from Guy Lalibere, SIS, and The Soul Brothers. Flying Circus will be taking the reigns on Dec. 31st, NYE, with Audiofly, Oliver Koletzki, Öonah Dahl, and more taking us into the new year. Next up on Jan. 2nd is the one and only All Day I Dream to keep you grooving into the new year with style with head honcho Lee Burridge along with Sébastien Léger and Newman. Paradise will kick off Jan. 3rd, with Jamie Jones taking over alongside Joseph Capriati, Art Department, Serge Devant and the like. Next up is Frequencies taking over on Jan. 4th with some legendary techno heads including Richie Hawtin, Ben Klock,  Rødhåd, and more. After that on Jan. 5th comes Solomun + 1 with Solomun and Dixon stepping behind the decks. Dystopia will curate the party starting Jan. 7th headlined by Luciano and supported by Jennifer Cardini, Nicola Cruz, Oceanvs Orientalis, and more.

Then on Jan. 9th, an extra stellar lineup will be coming at you courtesy of Afterlife with Adriatique,  Mind Against, Recondite (live), Stephan Bodzin, and none other than Tale of Us. After that marathon comes an intimate and exclusive set by Black Coffee on Jan. 12th which is sure to keep the vibrations high. And rounding it all out is the newfound Epic with none other than The Martinez Brothers and The Black Madonna – only the beginning of a long list of artists waiting to be announced for the Closing Party of Sound Tulum. 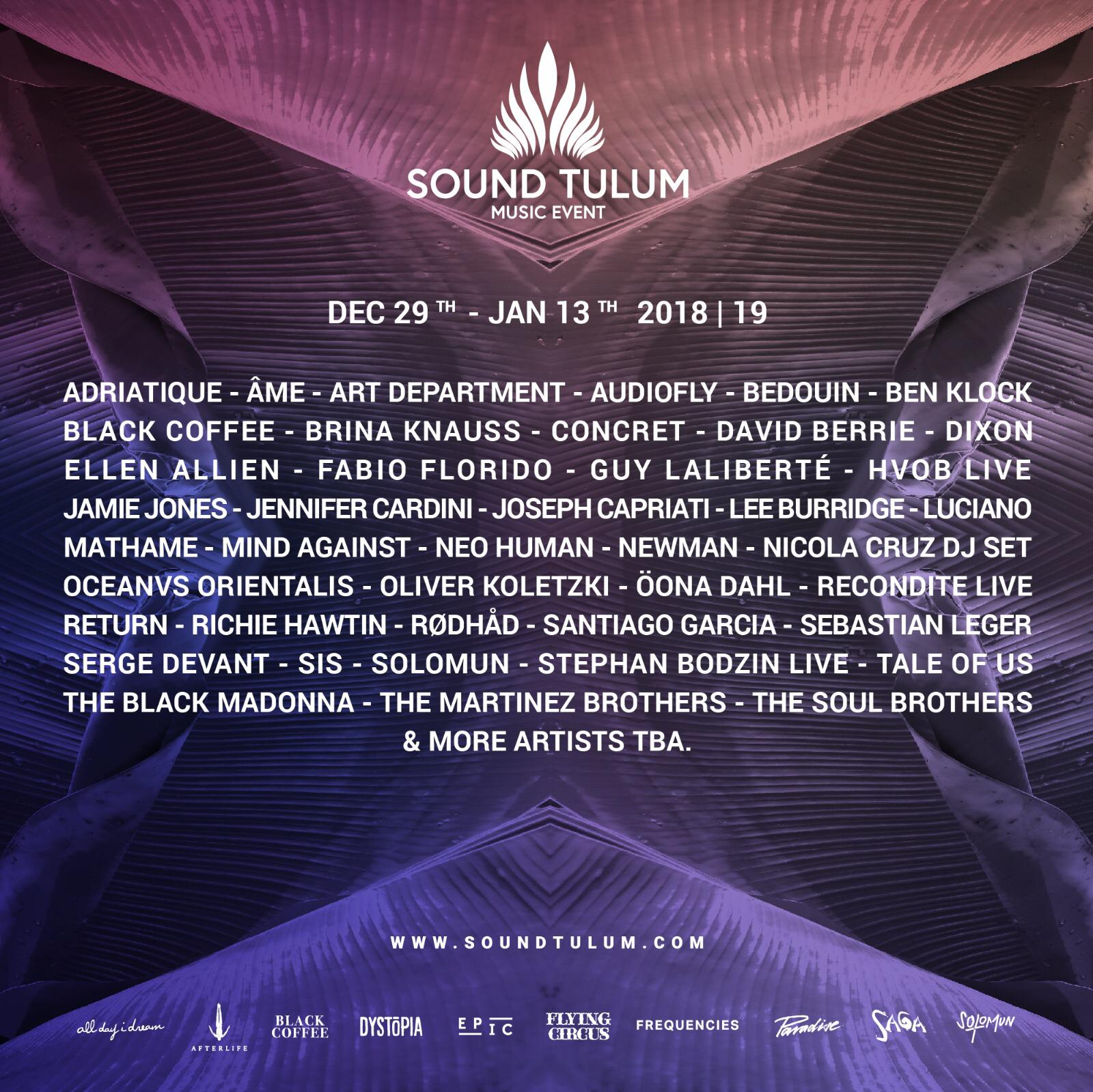