The only music festival in the world to take over an entire island, SXM Festival, returns to the Caribbean Island of Saint Martin from March 8-12, 2023 with a stellar phase one lineup.

So far, the roster stars house and techno royalty, certain to grant an abundance of majestic melodies for 5-days and nights of dancing.

This 5-day experience on the overwhelmingly beautiful Island of Saint Martin will greet its crowd to extraordinary party venues. Happy Bay is one noted as legendary on a secluded private beach in the jungle making a home for the Arc Main Stage, and the immersive Ocean Stage.

One called the Panorama Party allows attendees to party at the peak of Saint Martin’s highest mountain to embrace a 360 view of the sunset in a venue that has been used for the Cercle live stream series.

Revel in the SXM Festival phase one lineup below. The next wave of tickets go on sale Friday, January 13. Click here to join the waitlist. 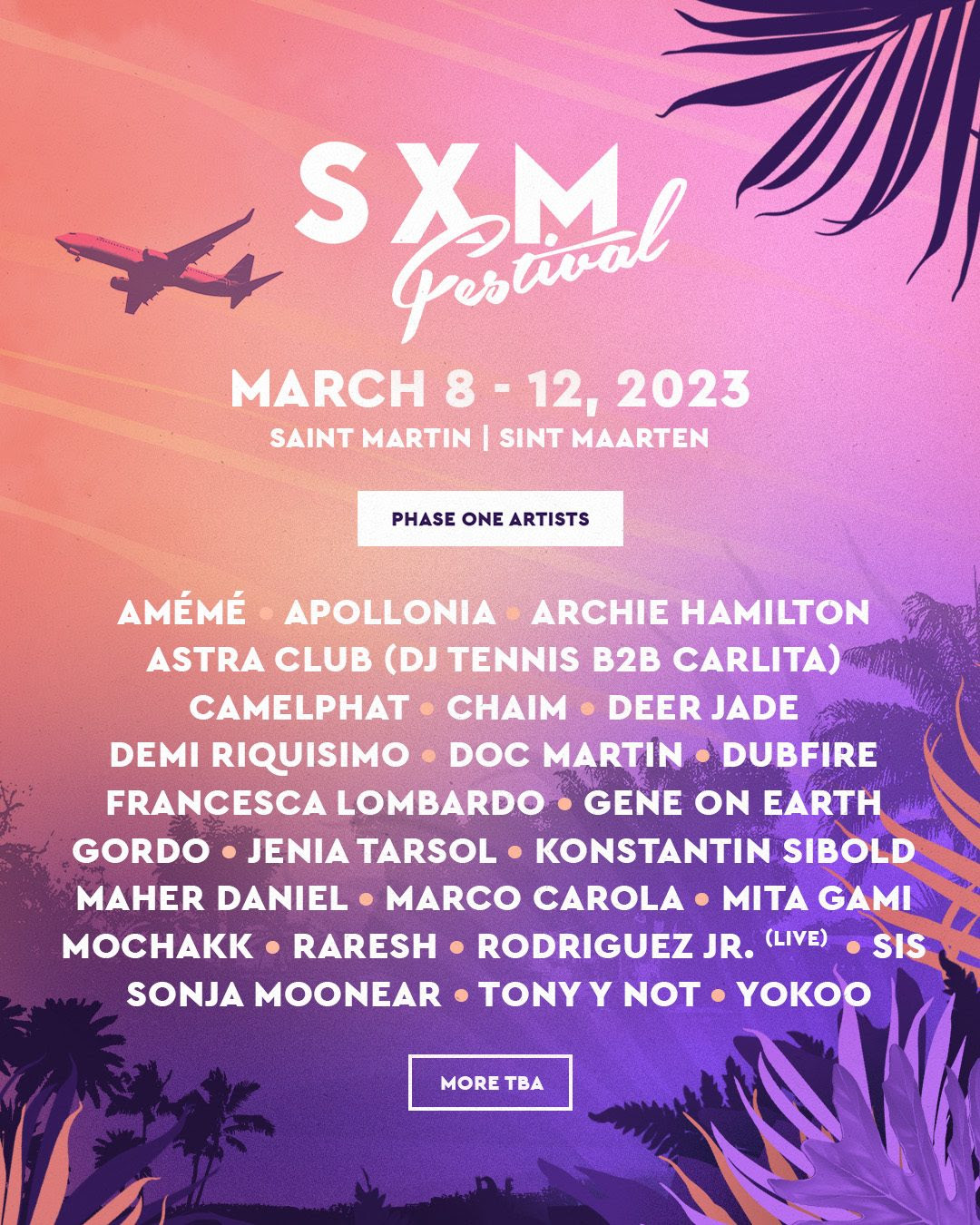