Hijinx Festival is a one-stage massive that has shaken the Pennsylvania Convention Center in Center City, Philadelphia since 2018. It is known for its heavy-hitting bass lineups and stunning stage production packed with lasers.

Our Festival Report Card writers covered the previous edition when it received a B+, and were excited to be back to see how the festival has grown and improved. How will it fare this year? Find out in our full review below. 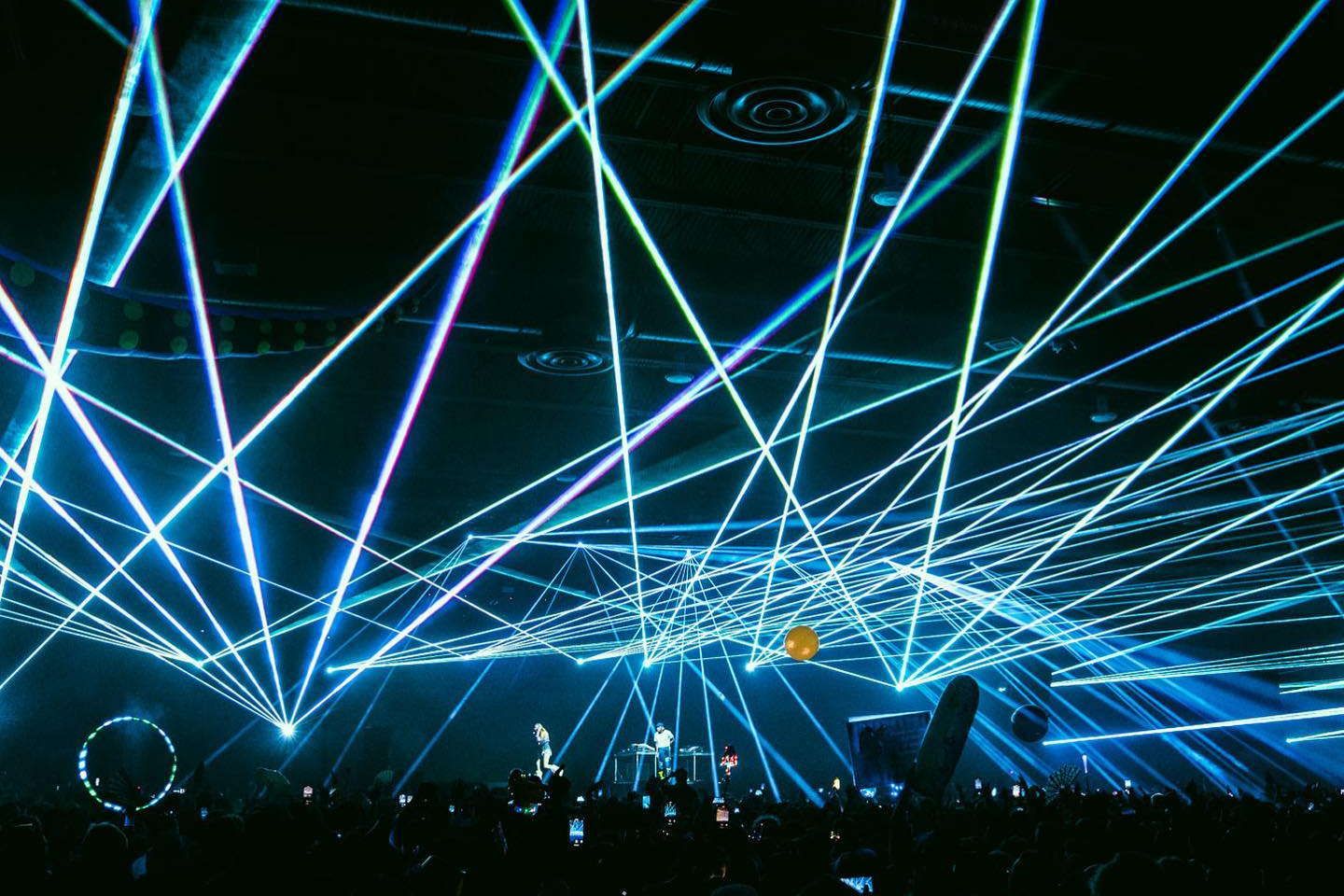 While everyone seemed pumped & ready to party out the end of this tumultuous year, vibes at Hijinx were mixed. We didn’t have any issues in the crowd, and in fact, made some friends in the Jellyfish Lounge, but for the most part, people seemed to keep to themselves or their groups.

At times we were having the absolute best experience, at others, things seemed off. Some people said “excuse me” as they moved through the crowd, others chose pushing and rudeness.

Comments online reflect this assortment of opinions, with many reporting that the crowd was either the best or worst they’ve experienced all year. There were also some phone thefts reported.

Holy lasers, Batman! Wall-to-wall lasers and lighting rigs made for an impressive visual spectacle for each and every drop. They were accompanied by similarly wall-to-wall LED panels, but these were placed rather low on the back wall, meaning you had to strain to see the visuals unless you were in the front of the crowd.

Only one stage means no sound bleed, and the chill area was far enough from the stage that you could get a reprieve from the music if you needed it. The speaker system was good and booming, though there were some zones to the sides where the bass didn’t sound as good. 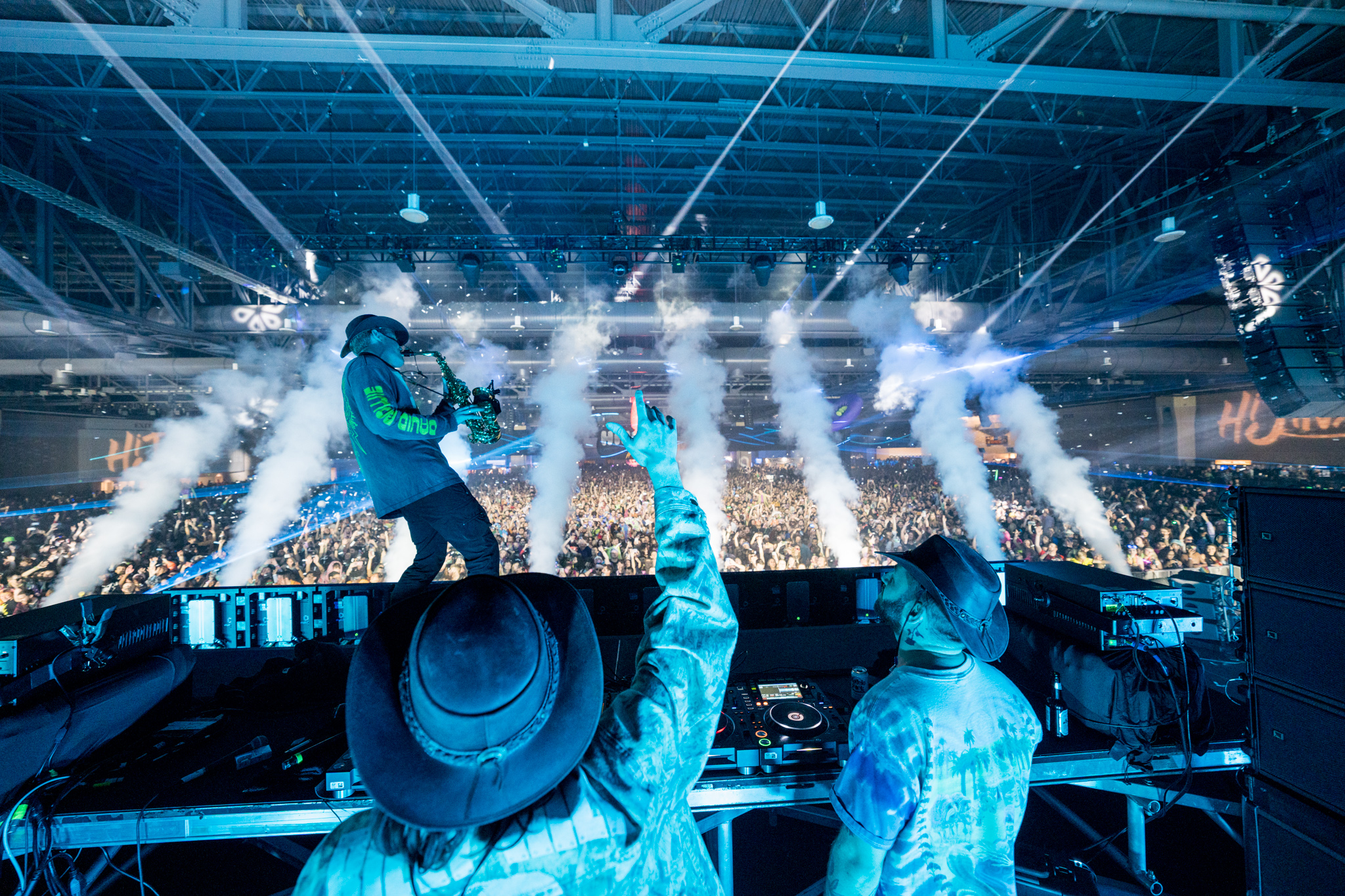 Hijinx has successfully continued its streak of putting together a hard-hitting bass music lineup, though it’s nice to see it diversify a bit past basic brostep, and explore other genres under the bass umbrella.

On the first night, JOYRYDE sped through with some fast-paced house beats, followed by a wobbly good time with Ganja White Night. We disassociated to Flume, and then had a transcendent experience for the Griz B2B Zeds Dead set. They played a remix of the White Lotus theme song that we didn’t know we needed.

The second night brought some disappointment, as DJ Snake had to cancel due to health concerns. However, the festival was able to shift the set times and add Baauer to the lineup who was a very welcome surprise.

Troyboi and Gigantic NGHTMRE’s first set in Philadelphia kept the energy going, before Rezz ended the night with hypnotic sounds that shook us to our core.

In some ways, the Pennsylvania Convention Center is a perfect location for an indoor massive such as Hijinx, but there are some drawbacks to using it as a music venue.

The Convention Center is in a very walkable, relatively safe area, making arrival and leaving on foot easy. Drivers’ experiences may vary depending on the quality and location of parking they were able to find.  It is a massive building and did not sell out, so it thankfully never felt overcrowded, and there were no lines to get in either day.

We really appreciated the Jellyfish Lounge, a side room with decorations and places to sit and chill. The staff we interacted with were also all fairly nice, with the exception of the security at the end who unceremoniously yelled at everyone to leave.

The size of the venue was in some ways a double-edged sword. The stage designers did a good job filling up space on a very wide wall, but parts of the back felt empty, save a few blow-up art pieces. We were a bit disappointed that the experience was not more immersive, with more to do other than music and shops.

There were some strict rules about bags and totems, and what appeared to be inconsistent enforcement, leading to general confusion as to what would be allowed in. One attendee had to have their totem torn apart to prove it was only made of cardboard and duct tape. 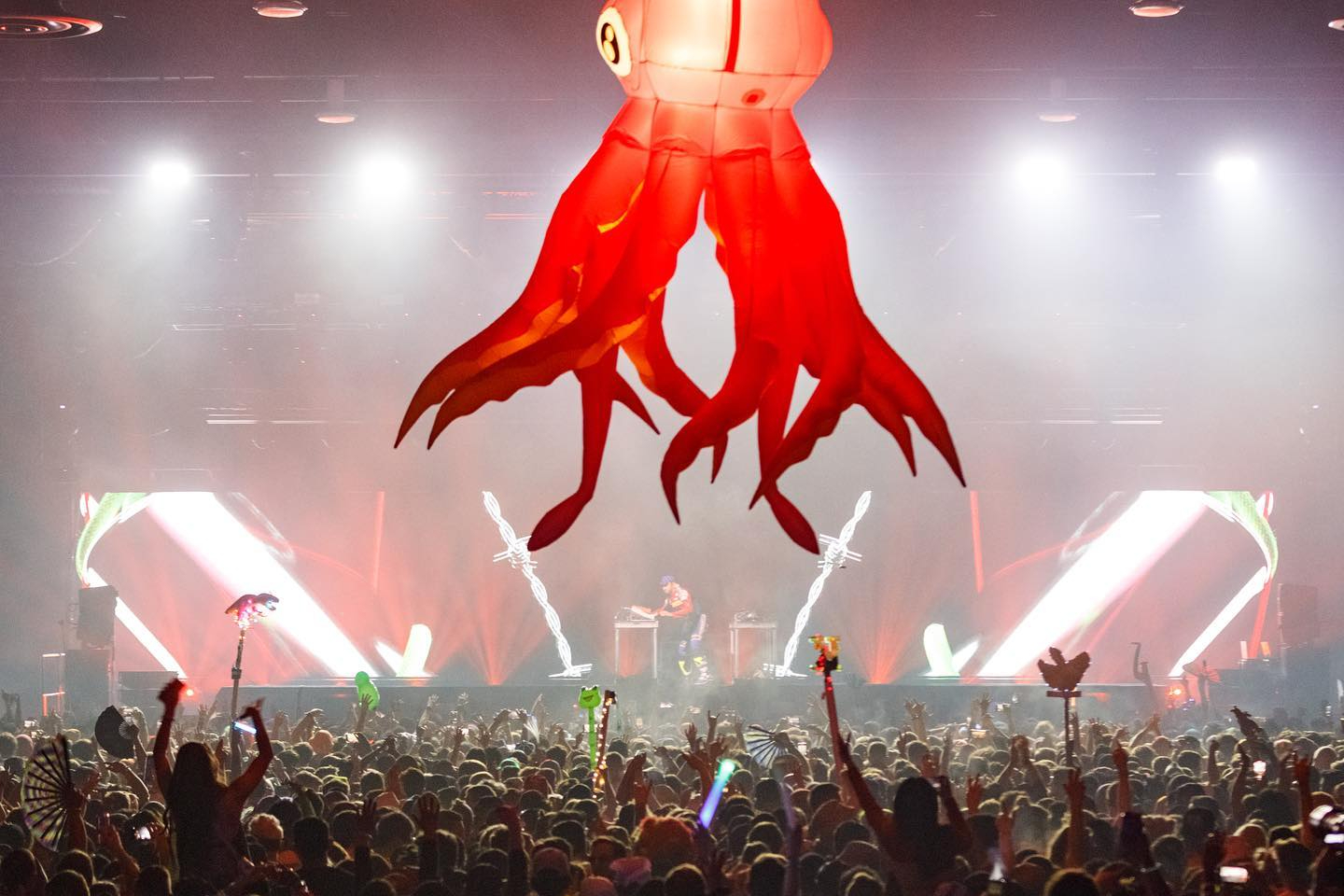 While the Convention Center has its various pros and cons, one thing it definitely has going for it as an event center in a major city is that it is very ADA compliant.

Upon entry, there were clearly marked elevators (the festival was on the second floor) for people who could not take the stairs, and the ADA viewing area was nestled right up at the front of the stage with the VIP section.

One friend who received ADA accommodations on account of being pregnant was very pleased to have a separate place to sit and watch the light show up close.

Overall, we had a great time. Hijinx Festival is one of the few (only?) indoor bass music festivals to attend around the New Year holiday on the East Coast. The music and production are consistently top notch and worth going for that reason alone.

We like the size of the venue, but as with our review last year, we hope that Hijinx will populate that space with more things to do and an overall more immersive non-musical experience going forward.