New York’s premier house and techno event promoters, Teksupport and Stranger Than, are coming out West! The two teams are set for a bicoastal weekend of music featuring the eclectic and melodic sounds of Adriatique, Fideles, Ariel Vromen, and Airrica on Saturday, February 5th. Teksupport is coming off a jam-packed holiday event season which saw the likes of Adam Beyer, Eric Prydz/Cirez D, and of course the German techno festival Time Warp. The New York-based promoters are seeing an exciting expansion outside of the Big Apple, with events recently announced in Texas and Miami.

Having attended quite a few of their events ourselves in New York, it’s refreshing to see them bring some events to Los Angeles. The day into night soiree kicks at 4 pm in Downtown LA and runs right up until midnight. There is no word yet of any official afterparties.

Adriatique are well-respected DJs and producers in the electronic music game and have had numerous releases on Diynamic, Afterlife, and many other labels. Their sets are a melodic journey and take fans of the deeper, progressive sounds on an odyssey of emotions. After seeing the group play in Amsterdam, Ibiza, and Belgium, we knew we had to see them on our home turf in Los Angeles. Fideles is another phenomenal duo, from Italy, whose music is similar to Adriatique’s, they like to build their sets in a melodic and visceral way. They have also had releases on Tale of Us’ Afterlife label and many more imprints. They’re a modern, melodic sound that can take you on a blissful voyage.

Opening for Adriatique and Fidels are Ariel Vromen and Aiirica. Ariel is known for his groovy deep house sets and Airrica is set to bring those blissful Tulum house music vibes. These artists will come together for a beautiful evening/night in Downtown Los Angeles, and you will certainly not want to miss it. Tickets are still available here. 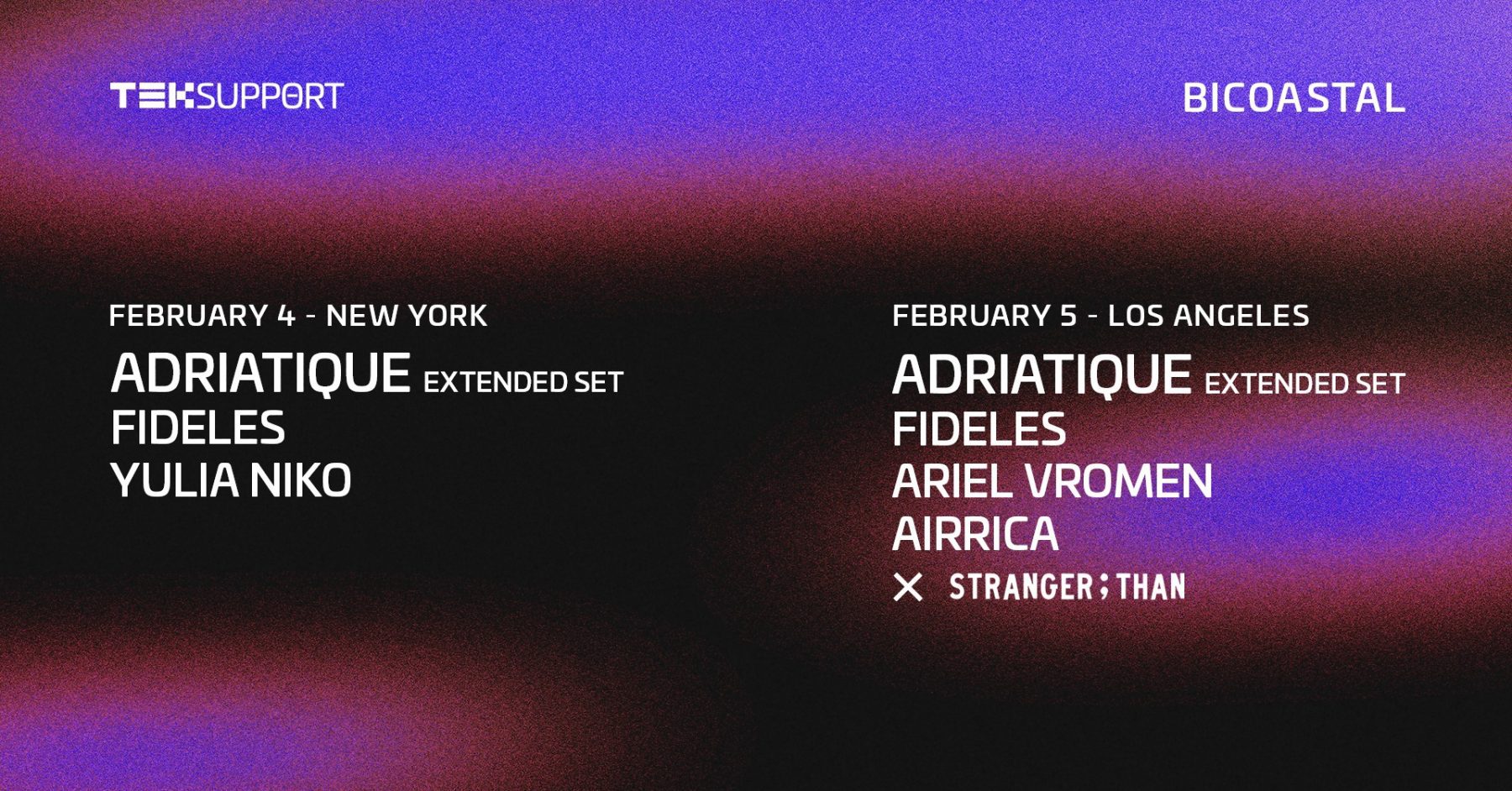