Welcome to Las Vegas, home of Electric Daisy Carnival, the biggest music festival in the world. This pop up adult playground hits the desert every year in May for three jam-packed days of music and community, but what about the other 362 days of the year? Lucky for you, numerous electronic music DJs have Las Vegas residencies at some of the most epic venues in the nation. Here is your exclusive guide to the monumental performances that will take place in Sin City in 2018: 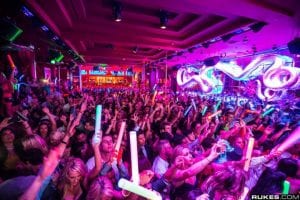 The 2018 additions to Wynn’s stacked list of residencies is a big leap for the scene due to three of them being tech house DJ’s. Jamie Jones, Black Coffee & Solomun gear up for some awe inspiring underground performances in a place where the mainstream typically rules. These additions are sure to bring a whole new slew of fans. Neil Armstrong said it best, “one small step for man, one giant leap for mankind.”

Marquee is a desirable location for all sorts of dance music fans, especially those of deep house, electro and trance. This list of DJs are sure to have you dancing the day and night away to the rhythmic and comforting sound of house and trance beats that will pull you in and never let you go. In Vegas, the party never stops, and with DJs like these playing on a regular basis, it truly has become and electronic Eden. 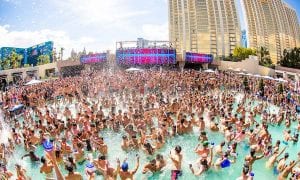 If you’re looking for performances by some of the most famous DJs in history look no further, Hakkasan Group has you covered. With five massive venues inside and poolside, Hakkasan Group dominates the EDM scene in Las Vegas. With most DJs on this list frequenting the DJ Mag Top 100 list each year, a good time is always guaranteed at any of these five venues. One thing is for certain, Hakkasan Group has the place for you.

Will There be More Odesza Red Rocks Tickets for 2018?