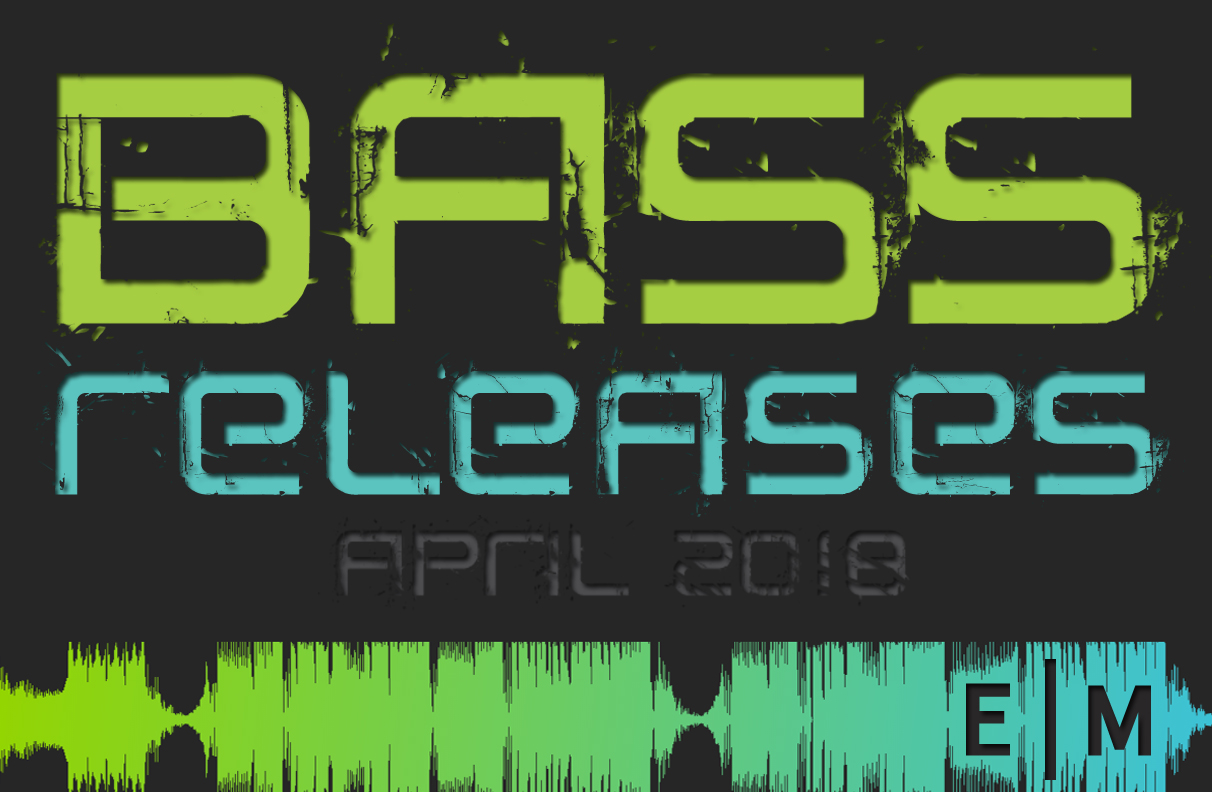 There have been so many dope new releases in the bass world, it’s clear that dubstep absolutely is NOT dead. April was a big month for releases and these artists show no sign of slowing down anytime soon.

That being said, we’re going to start bringing you our favorite bass, dubstep, riddim and DnB releases each month here on EDM Maniac! Here are April’s picks… 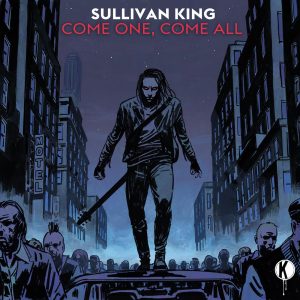 Come One, Come All by Sullivan King

Come one, come all
Artist: Sullivan King
Label: Kannibalen Records
Release Date: April 27, 2018
Why it’s dope: This album is Sullivan King’s biggest project to date. He flawlessly meshes bass with metal to create this seven-track EP. Listeners can hear his signature, aggressive style come through on most tracks, but also get a taste of his depth with more melodic tracks like “Madeleine Rose” and “Falling.” 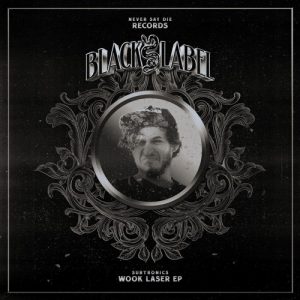 Wook Laser
Artist: Subtronics
Label: Never Say Die: Black Label
Release Date: April 20, 2018
Why it’s dope: Subtronics got weird with some “crazy sound design” in his third EP of the year (yes, three major releases in four months). This four-track EP showcases his signature sound but more so the versatility of it. This EP is definitely more aggressive than the previous two, making it the perfect fit for its release on NSD: Black Label. 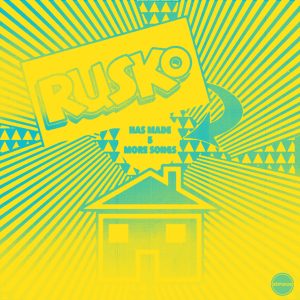 Rusko Has Made 5 More Songs by Rusko

Rusko Has Made 5 More Songs
Artist: Rusko
Label: Circus Records
Release Date: April 4, 2018
Why it’s dope: This EP is the absolute definition of 2018 Rusko. As one of the pioneers of dubstep, I can see him reaching back into his roots from a decade ago but in a different way on this five-track EP. A recent press statement described it as, “taking the classic, flipping it on its head, adding a little sauce and throwing it back in your face with a wry smile.” Yep, nailed it. 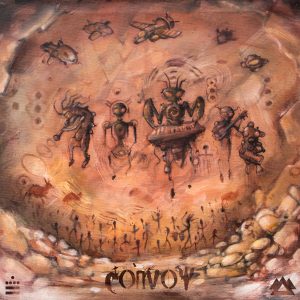 Convoy
Artist: Various Artists
Label: WAKAAN
Release Date: April 20, 2018
Why it’s dope: I could go on forever about why this 23-track compilation is probably my favorite piece I’ve heard so far this year. Convoy is the perfect showcase of the bottomless, free-form talent of the WAKAAN label. Likeminded artists from label founder Liquid Stranger to Space Jesus, LUZCID, Digital Ethos, TLZMN, Champagne Drip, Yheti, Shlump, Freddy Todd, Esseks and more bring their unique styles together in one convoy to create this ground-shaking compilation. 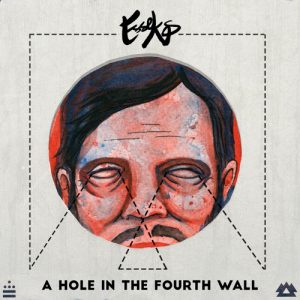 A Hole in the Fourth Wall by Esseks

A Hole in the Fourth Wall
Artist: Esseks
Label: WAKAAN
Release Date: April 6, 2018
Why it’s dope: I love Esseks sound because it gets glitchy without losing its depth and heaviness. This seven-track EP really showcases his ability to maintain that style while hopping between different subgenres. The album art is another hand-painted creation from the versatile artist. 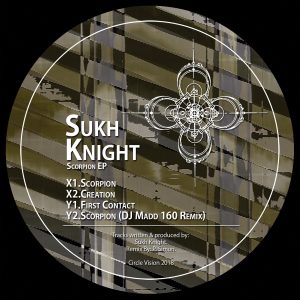 Scorpion
Artist: Sukh Knight
Label: Circle Vision
Release Date: April 16, 2018
Why it’s dope: Sukh Knight is one artist who consistently puts out dope tunes and Scorpion EP is no exception. I can see him playing around a bit more with this five-track release; boasting those heavy basslines but throwing in some more eerie samples and gritty, knocking level sounds to really vibe out to. 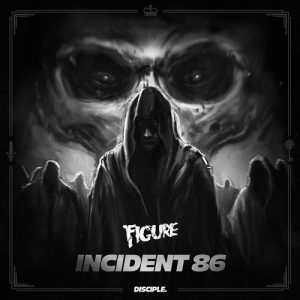 Incident 86
Artist: Figure
Label: Disciple
Release Date: March 25, 2018
Why it’s dope: The king of darkness has returned with this three-track EP. In a mini-documentary released alongside the EP, Figure explains how his obsession with anything Halloween influences his music. This release displays that exact daunting, cynical signature style. The second track, Tornado, is something a little different; a horror-infused riddim track. 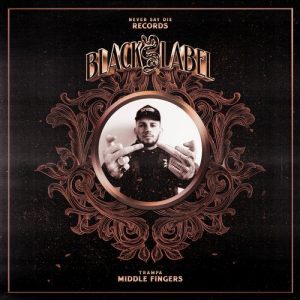 Middle Fingers
Artist: Trampa
Label: Never Say Die: Black Label
Release Date: April 9, 2018
Why it’s dope: Trampa’s first release of the year was much anticipated and absolutely did not disappoint. He doesn’t release as frequently as other artists, but when he does, it’s ALWAYS a banger. It didn’t take long for the belligerent track to make its way to the top of the Beatport dubstep single chart; where it currently sits at No. 1. 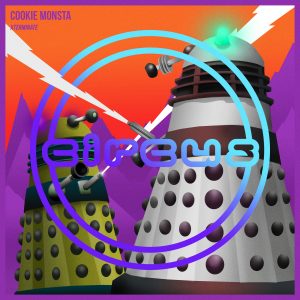 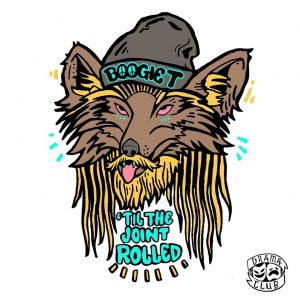 ‘Till the Joint Rolled by Boogie T

‘Till the Joint Rolled
Artist: Boogie T
Label: Drama Club Recordings
Release Date: April 20, 2018
Why it’s dope: This tune is a big one for Boogie T. Released on his brand new imprint, Drama Club Recordings, this track is sure to be the first of many riddim and guitar infused masterpieces on this label from the man himself. Its release date couldn’t have been more perfect. 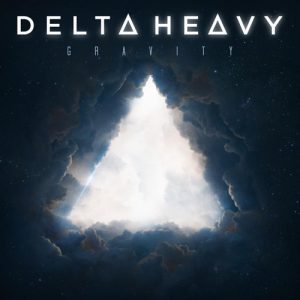 Gravity
Artist: Delta Heavy
Label: RAM Records
Release Date: April 20, 2018
Why it’s dope: This ominous track is the newest masterpiece of Drum and Bass duo Delta Heavy. Running with the momentum from their February release on Monstercat ‘I Need You,’ Delta Heavy has been destroying venues all over Europe on tour with these aggressive new tracks. 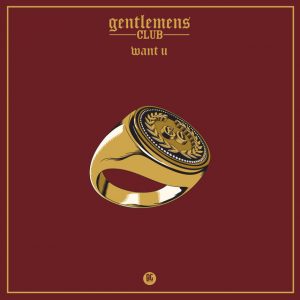 Want U by Gentlemens Club

Want U
Artist: Gentlemens Club
Label: Buygore
Release Date: April 27, 2018
Why it’s dope: The bass trio is back on Buygore for the release of their electrifying new hit, Want U. The tune is actually part of a two-track EP, accompanied by a drum and bass upgrade remix of the title track. The original mix showcases Gentlemens Club “signature flair of striking grooves and carefree waves of slamming basslines,”as stated in a recent press release. 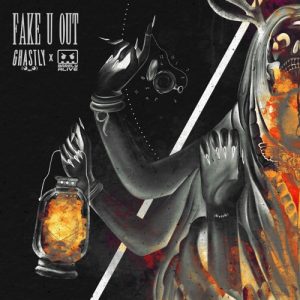 Fake U Out by Ghastly and Barely Alive

Fake U Out
Artist: Ghastly X Barely Alive
Release Date: April 12, 2018
Why it’s dope: A flawless integration of two very different signature styles, this track starts goes from carefree to unruly to absolutely chaotic real quick. The track is one of two major releases from Ghastly’s next album, set to drop on May 4. 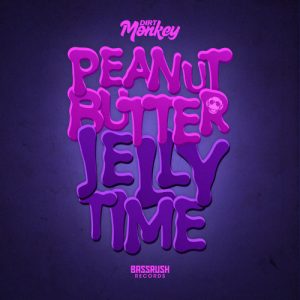 Peanut Butter Jelly Time
Artist: Dirt Monkey
Label: Bassrush Records
Release Date: April 25, 2018
Why it’s dope: Dirty Monkey throws his style on an old classic to create this filthy, wobbly new track. His choice of sound samples sprinkled into the tune are sure to get crowds going wherever he’s playing. 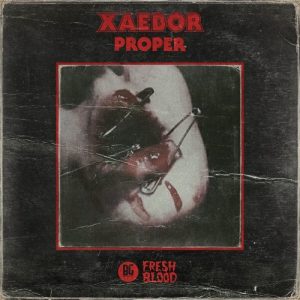 Check out all of these tracks below and stay tuned for next month’s picks!