Ultra Music Festival will be celebrating it’s 20th anniversary in a big way in March – with a massive lineup for it’s Resistance stage.

The stage has been expanded for 2018, taking over two giant areas of Ultra.

Arcadia Spectacular’s giant Spider will be presiding over the beats for the third year in a row. Headliners include Better Lost Than Stupid, Chris Liebing, Hot Since 82, Sasha & Digweed and many more. Resistance’s global ambassador, the legendary Carl Cox will host the Megastructure on Friday, March 23 and Saturday, March 24 to ring in the festival’s 20th anniversary. The Megastructure will welcome Carl Cox, Adam Beyer, Jamie Jones, Josh Wink, Dubfire, Nicole Moudaber and more.

RESISTANCE takes place at Ultra Music Festival which is an 18+ event during Miami Music Week on March 23, 24 and 25, 2018. General Admission and VIP tickets are currently on sale at ultramusicfestival.com priced at $379.95 and $1,499.95 respectively, but the festival is 90% sold out so act now before it’s too late. 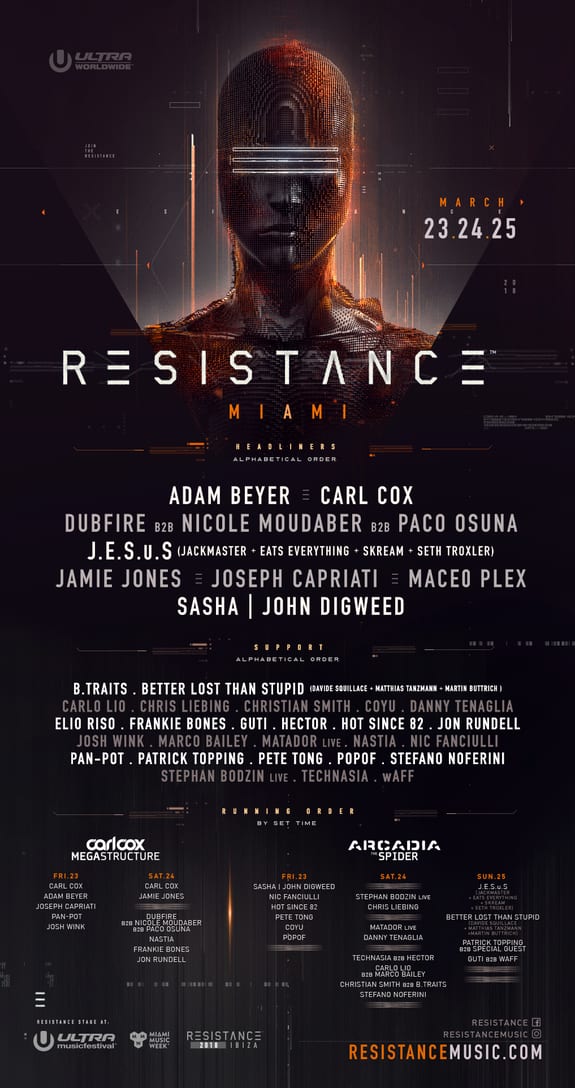 'LOOK OUT' Guys, Rusko is Back!