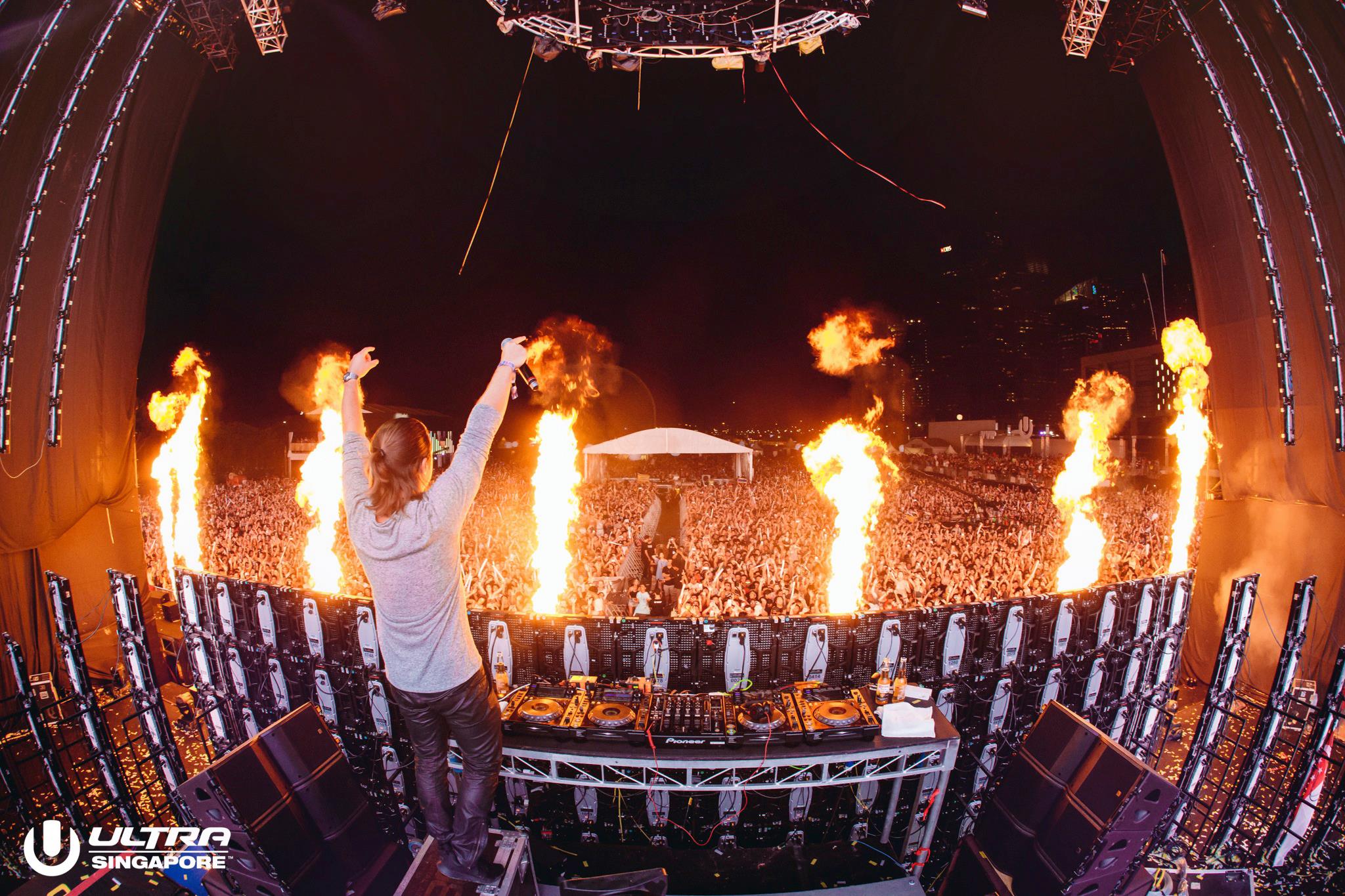 Ultra will make history in June with a big double header. On the weekend of June 10 & 11, Ultra will throw parties simultaneously in two of Asia’s biggest capitals – Singapore and Seoul for an unprecedented intra-continental festival double header. Today, the phase 1 lineups were released for both festivals.

Headliners include Dash Berlin, Dubfire, Hardwell, KSHMR (Live), Martin Solveig, Nic Fanciulli, Nicky Romero, Sasha & John Digweed, Steve Angello, Tchami (Live) and Tiësto will be all performing at BOTH flagship events, crossing flight paths over the South China Sea on the morning of Sunday, June 11, in order to do so.

Alesso will perform exclusively in Seoul, having already headlined ULTRA events in Singapore in 2015 and 2016, while Pendulum, Showtek and Steve Aoki will headline exclusively in Singapore. More international and local acts will be announced in Phase Two.

ULTRA Singapore will be returning to The Lion City for its second annual edition, having been upgraded to full festival status in 2016. ULTRA Singapore’s first outing was a runaway success story, as the festival welcomed over 45,000 music enthusiasts from 67 countries worldwide.

Tickets, starting at $163 USD for the full weekend experience, are now available at ultrasingapore.com.

Advance tickets for ULTRA Korea 2017 are now available at umfkorea.com. Priced at 165,000 KRW for Korean residents and $165 USD for those based overseas for the full two-day experience. 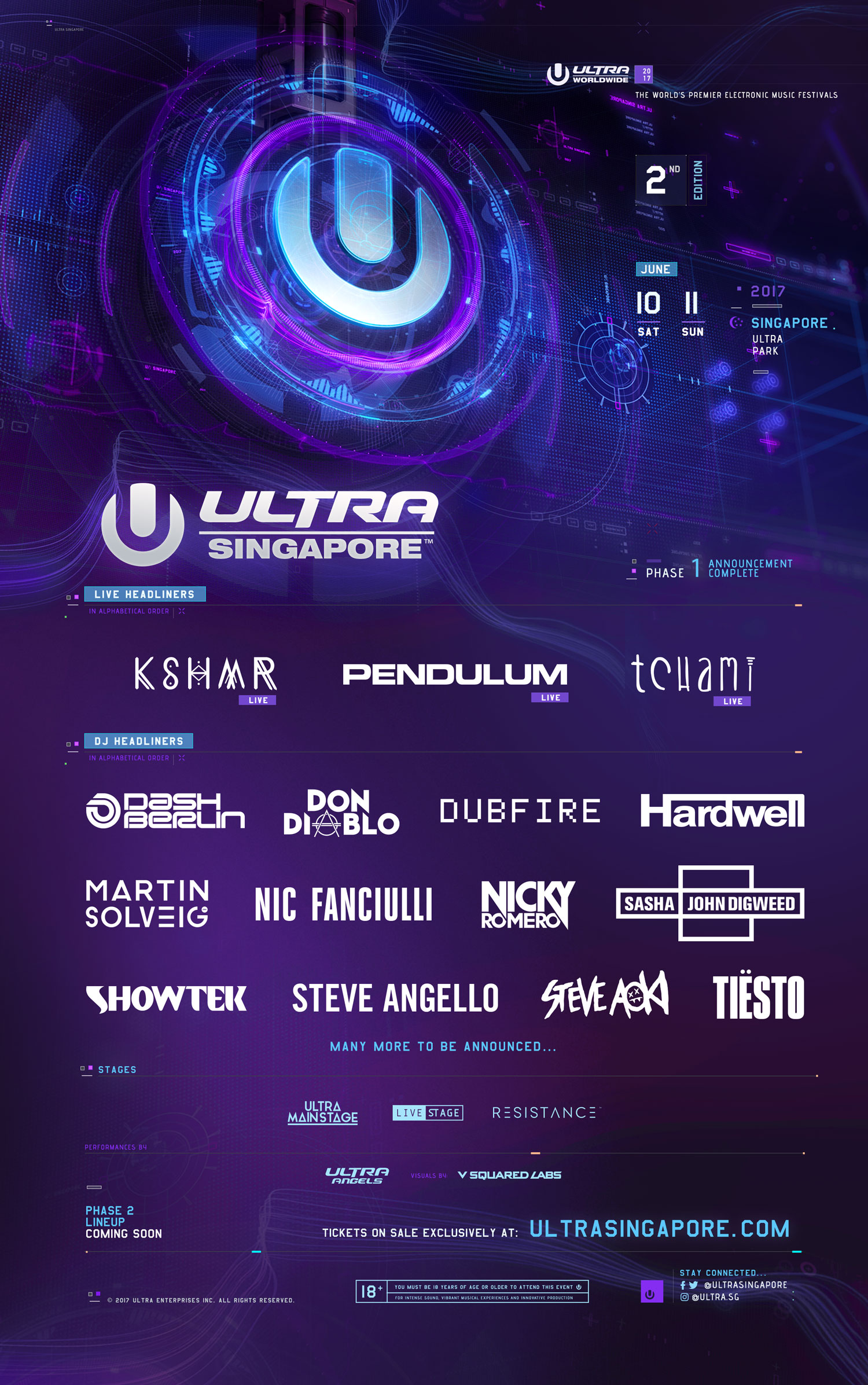 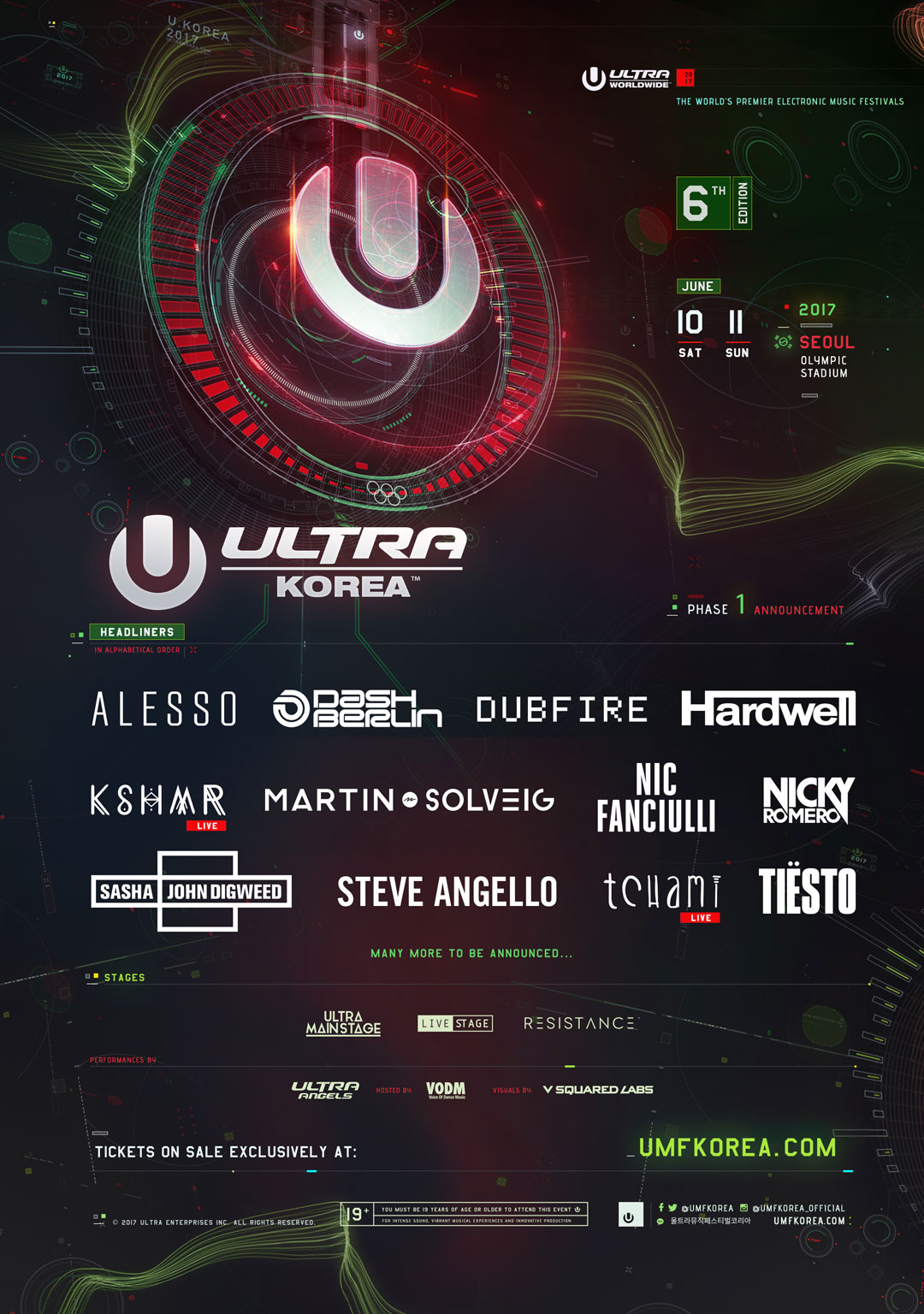